Skip to content
Home » Haiti: Journalist Dies After Being Shot by Police 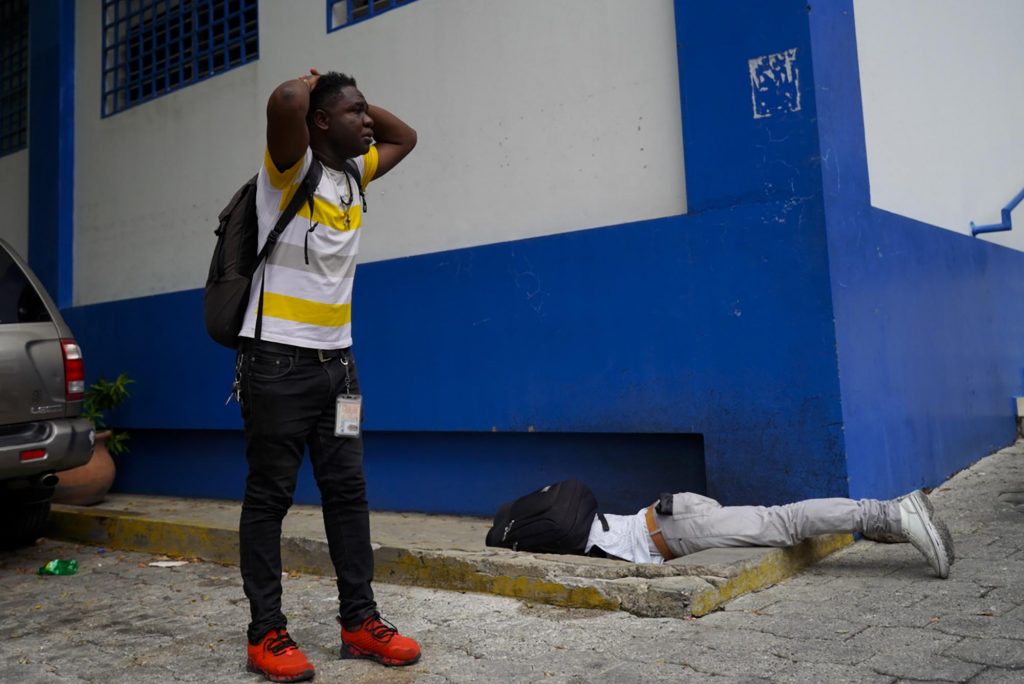 PORT-AU-PRINCE, Haiti (HPD) — A Haitian journalist was shot in the head and killed Sunday when police opened fire on reporters demanding the release of a colleague who was detained while covering a protest, witnesses told The Associated Press. .

Reporters present at the scene identified the murdered journalist as Romelo Vilsaint and said he worked for an internet news site. His body lay face down in the parking lot of a police station in the Delmas commune, in the capital Port-au-Prince, surrounded by colleagues who cried and raised their arms.

Richard Pierrin, a freelance photographer for Agence France-Presse, told the HPD that he saw police shoot and Vilsaint was shot.

Gary Desrosiers, a spokesman for the Haitian National Police, confirmed to the HPD that Vilsaint had died after being shot, but declined to comment further, other than to say it was unfortunate.

Journalists and citizens surrounded the police station after Vilsaint’s death, before which the agents fired tear gas to disperse them.

According to reporters present at the site, the detained journalist is Robest Dimanche, who works at local radio station Tele Zenith and was covering a protest when he was arrested.

The Online Media Collective, a local association of journalists, denounced Dimanche’s arrest, saying that he is being treated as a “dangerous criminal” and noted that he is accused of disturbing public order. Dimanche is also a spokesperson for the organization.

“Our spokesperson acted within the framework of the journalistic mission by covering a protest movement,” the organization said. “The arrest … is the latest, and certainly the most worrying, sign of an upsurge in attacks on freedom of information, and this journalist must be released.”

The organization has also demanded that those responsible for the recent murder of radio journalist Garry Tess and the October 25 attack on Roberson Alphonse, a reporter for the newspaper Le Nouvelliste, be brought to justice.

On Wednesday, Le Nouvelliste, Haiti’s largest newspaper, announced it was suspending publication of its print edition due to “serious security problems” hampering production and distribution.