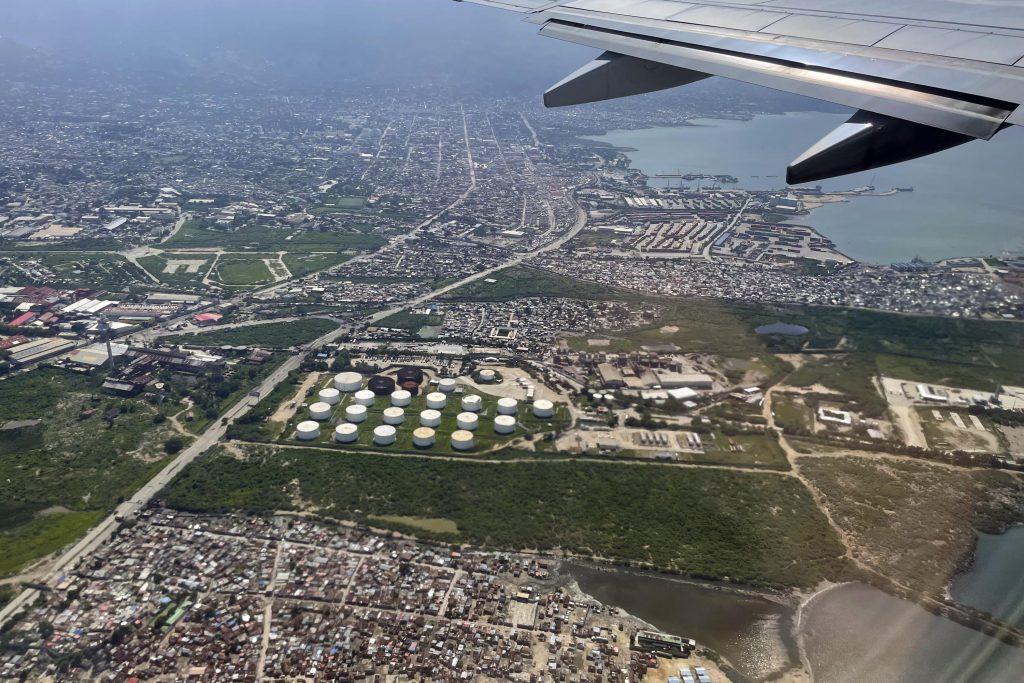 PORT-AU-PRINCE (HPD) — A Haitian gang leader announced Sunday that he will lift a blockade around a fuel terminal that has been choking the Haitian capital for nearly two months.

The announcement by Jimmy Cherizier, a former police officer nicknamed “Barbecue,” followed government reports that he had partially restored access to the terminal, and following a UN resolution that imposed sanctions on Cherizier. But the question of who controls the terminal and its surroundings remains unknown, and so far there is no evidence that fuel could have come out of there.

In a speech posted on social media, Cherizier called on truckers to come and refuel.

“Truckers can come to the terminal without fear,” he declared.

If the possibility of transporting fuel exists, it would ease a crisis that began when Cherizier’s gang, called the G9, seized the area around the Port-au-Prince terminal on September 12 to demand the resignation of Prime Minister Ariel Henry.

The blockade closed access to some 38 million liters (10 million gallons) of diesel and gasoline and more than 3 million liters (800,000 gallons) of kerosene, leading to the closure of gas stations and forcing hospitals, banks and businesses to reduce its services.

It also hampered the fight against a cholera outbreak that has killed dozens of people. Several clinics have warned that they are running out of fuel and drinking water.

On Thursday, shots erupted around the terminal as the National Police tried to tighten their control. Police chief Frantz Elbé declared in a message sent to the HPD on Friday that “we won a battle, but this is not over.”

The police sent a message on social networks on Sunday in which they report that their officers are still “busy” in the terminal and that “important measures are being taken to secure the perimeter.”

Cherizier stressed that neither the gang nor any of their representatives had reached an agreement with the prime minister, despite claims by some politicians that a deal had been made.

“We are fighting for a better life,” said the gang member when explaining his actions. “The situation has worsened… We are not responsible for what has happened to the country.”

Cherizier then asked if Haitians are satisfied with their living conditions, if they feel safe, if their children can go to school without being kidnapped, and if they have access to food and medical care.

Many of the country’s 11 million people live in extreme poverty amid double-digit inflation. Meanwhile, violence and kidnappings have increased following the assassination of President Jovenel Moïse in July 2021, forcing thousands of people to flee their homes.

It was not possible to obtain comment from spokesmen for the National Police or the prime minister’s office, following Cherizier’s announcement.

In early September, Henry announced that his administration could no longer subsidize gasoline, leading to steep price increases, which in turn caused huge protests.