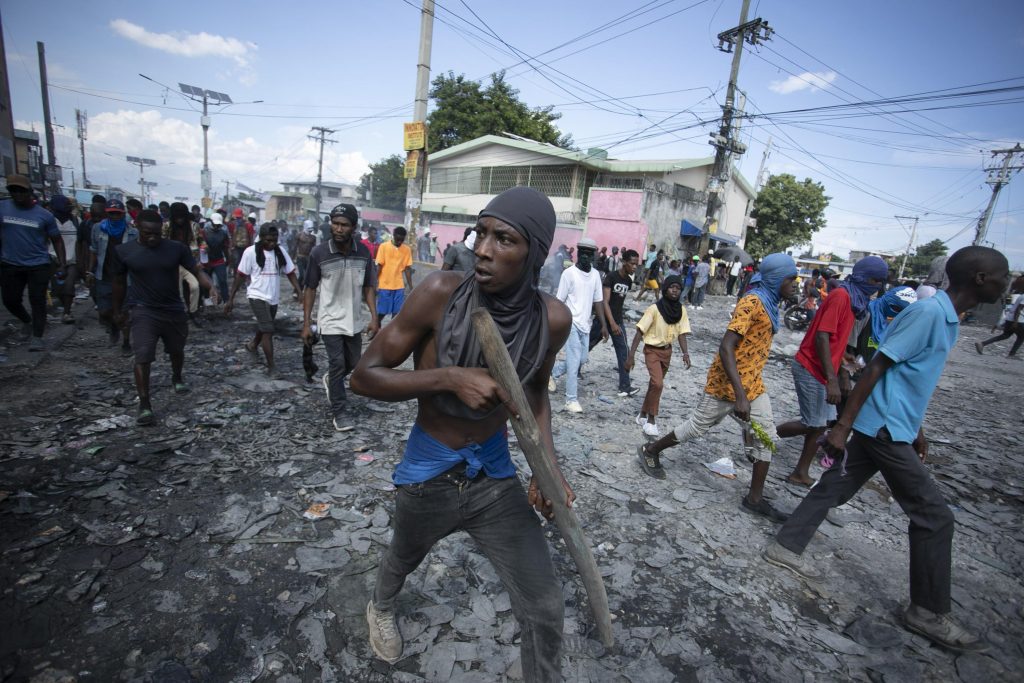 SAN JUAN, Puerto Rico (HPD) — A standoff between a powerful gang association and Haiti’s government is testing the power of both sides and threatening to further derail a crippled country where millions are struggling for fuel and Water.

A former police officer who heads an alliance of gangs known as “G9 and Family” has proposed his own plan for Haiti’s future—including running for seats in Parliament—while demanding that Prime Minister Ariel Henry’s government grant amnesty and annul arrest warrants against members of the group, a demand that has so far gone unanswered.

In mid-September, a gang surrounded a major fuel terminal to demand Henry’s resignation and protest rising energy prices after the prime minister announced that his government could no longer subsidize hydrocarbons.

That step, along with thousands of protesters who have blocked streets in the capital, Port-au-Prince, and other major cities, have caused major shortages, forcing hospitals to cut services, gas stations to close, and banks and grocery stores. to reduce their hours.

In a video recently posted on Facebook, the leader of the G9 and Family, Jimmy Cherizier, known as “Barbecue”, read a proposed plan to stabilize Haiti that includes the creation of a “Council of Wise Men”, with a representative from each of the 10 departments of the country.

The gang association is also demanding positions in Henry’s cabinet, according to the director of the National Commission for Disarmament, Dismantling and Reintegration, who spoke to radio station Magik 9 on Thursday.

“It’s a symptom of their power, but also a symptom that they might fear what’s coming,” Robert Fatton, an expert on Haitian politics at the University of Virginia, said of the gang’s demands.

Henry and 18 members of his cabinet last week called for the deployment of foreign forces to the country to quell the violence and end the fuel blockade, a proposal that has yet to be considered by the UN Security Council, which is meet on Monday.

“They’re trying to get the best deal possible while they have the upper hand to some extent,” he added.

Gang lawsuits are nothing new in Haiti and the groups have become more powerful since the assassination of President Jovenel Moïse in July 2021.

But those threats have been quickly quelled before with the help of UN peacekeepers, Fatton stressed.

Following a 2004 revolt that ousted President Jean-Bertrand Aristide, then-President Réné Préval in 2006 ordered the gangs to lay down their weapons. At first he did it peacefully, but when he did not get results, Préval threatened them.

“They were told, ‘You either hand over your weapons or you die,'” recalled Fatton. “Some gangs accepted the solution and others were destroyed.”

Fatton claims that special forces used drones and invaded slums, which have long been controlled by gangs.

But gangs have played important political roles before: One gang leader helped launch the revolt that toppled Aristide, who refused to resign before his term expired in 2006. That gang member, Butteur Metayer, had been an Aristide supporter. , but turned against him after his brother, also a gang leader, was fatally shot in 2003.

Fatton said that while the gang association’s demand for cabinet positions is crazy, an amnesty that includes the deposition of weapons could be a solution.

“The government keeps up appearances, the gangs would say ‘we have achieved what we wanted’ and there is a solution with concessions,” he added.

However, the government will almost certainly reject the demand to quash the arrest warrants, as authorities have long sought to arrest Cherizier on charges that include orchestrating one of the country’s worst massacres, in which men were killed. , Women and children.

Haitian authorities have warned the international community that the situation is very serious, noting that a recent cholera outbreak could be made worse by shortages of drinking water and other basic supplies.

On Friday, UNICEF warned that almost 100,000 children under the age of 5 already suffer from acute malnutrition and are vulnerable to cholera: “The crisis in Haiti is increasingly a crisis of children.”

It is also a crisis for women. The United Nations Population Fund reported Friday that 30,000 pregnant women in Haiti are at risk because three-quarters of the country’s hospitals are unable to offer services due to lack of fuel.