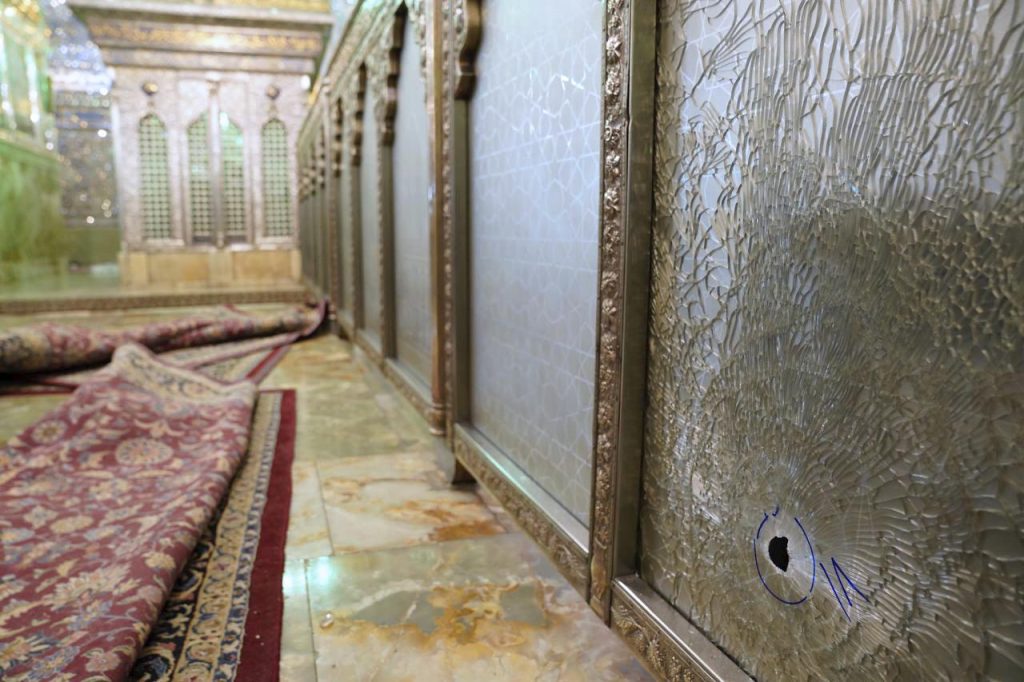 DUBAI, United Arab Emirates (HPD) — The man who killed 15 people at a major Shiite shrine in southern Iran this week has died, Iranian media reported Saturday. For its part, the paramilitary Revolutionary Guard of Tehran issued a warning to those who join the protests that have shaken the country for more than a month.

Iranian authorities have not released details about the attacker, who died Saturday in a hospital in the southern city of Shiraz from injuries sustained during his detention, the semi-official Fars and Tasnim news agencies said.

The Islamic State extremist group claimed responsibility for Wednesday’s attack on Shah Cheragh in Shiraz, Iran’s second-largest Shiite shrine. The government has tried to link him to the wave of mobilizations, mostly peaceful, that are sweeping the country, but has offered no evidence in this regard.

The protests, which began after the death on September 16 of Mahsa Amini while detained by the morality police, have rocked the Islamic Republic ever since. Amini died after being arrested for allegedly breaching the strict Islamic dress code for women.

At the funeral for the victims of the Shiraz attack, the head of the Revolutionary Guards, General Hossein Salami, called on Iranians to stop protesting. The threat from him comes as security forces violently repress the gatherings, using live ammunition, riot pellets and tear gas.

“Today is the end of the riots. Don’t go out on the streets anymore!” Salami said on Saturday. “We say to our young people, to the minority that has allowed themselves to be deceived, stop acting evil.”

In the same stern tone, he added that “this ominous sedition will not bring you any happy ending. Don’t ruin your future!”

The Iranian government has repeatedly alleged that foreign powers have orchestrated the protests, although it has provided no evidence. The mobilizations pose one of the most serious threats to the theocracy that rules the country since the Islamic Revolution of 1979.

At first, the mobilizations focused on the state obligation for women to cover their heads with the hijab, or Islamic headscarf, but quickly evolved into calls to overthrow the Iranian theocracy. At least 270 people were killed and another 14,000 detained during protests in more than 125 cities across the country, according to the group Activists for Human Rights in Iran.

On Friday, security forces opened fire on protesters in the southeastern city of Zahedan, killing two people, according to activists.