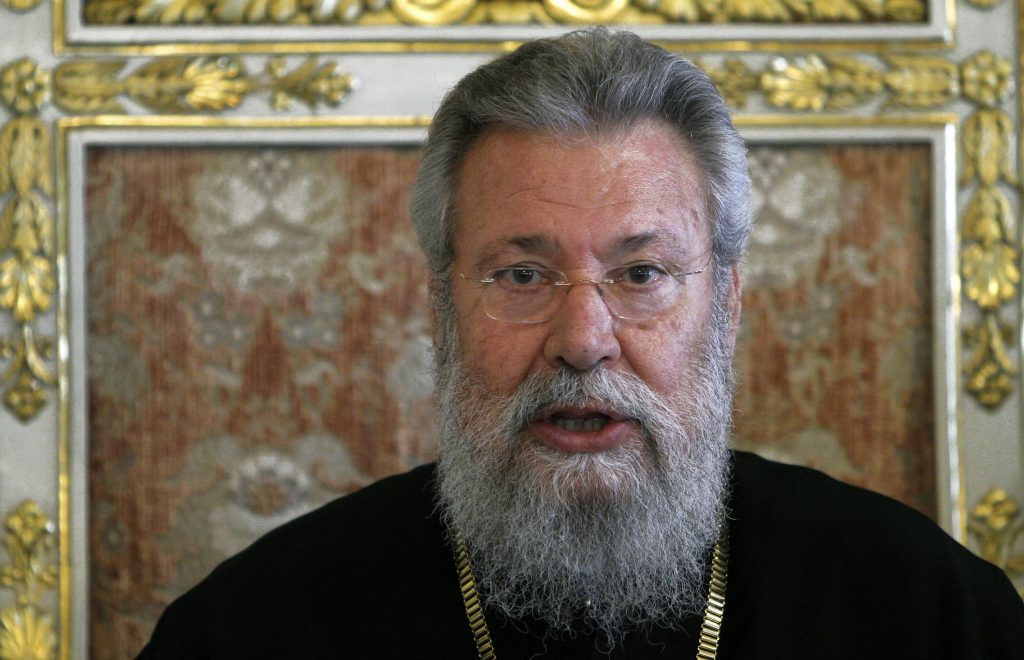 NICOSIA, Cyprus (HPD) — Archbishop Chrysostom II, leader of the Greek Orthodox Church of Cyprus who provoked strong reactions from supporters and detractors alike by intervening in the country’s complex politics and economy, has died. He was 81 years old.

Crisóstomo had liver cancer and had spent his last days at Church headquarters in the capital.

The archbishop “passed away peacefully after facing the test of his illness with courage, patience and Christian endurance” at 6:40 a.m. Monday, according to a bulletin released by a team of doctors.

“All who were with him during the difficult hours of his illness experienced his humility, kindness and deep faith, as well as his concern for his congregation,” the statement said. The archbishop, added the text, left a legacy marked by his “vision, audacity, respect and restoration of the historical tradition of the Church, as well as innovative changes that always aspired to the unity of the Church.”

“Your openness, kindness, education and smile will always be with us,” the statement said.

Tall and imposing, with the traditional white beard of Orthodox clerics, Crisóstomo rarely avoided weighing in on issues ranging from politics to the country’s finances, mobilizing his supporters but causing consternation among some politicians and other critics, who reproached him for not limit himself to his religious duties.