Skip to content
Home » Greece: at least 5 children among the 22 dead in shipwreck 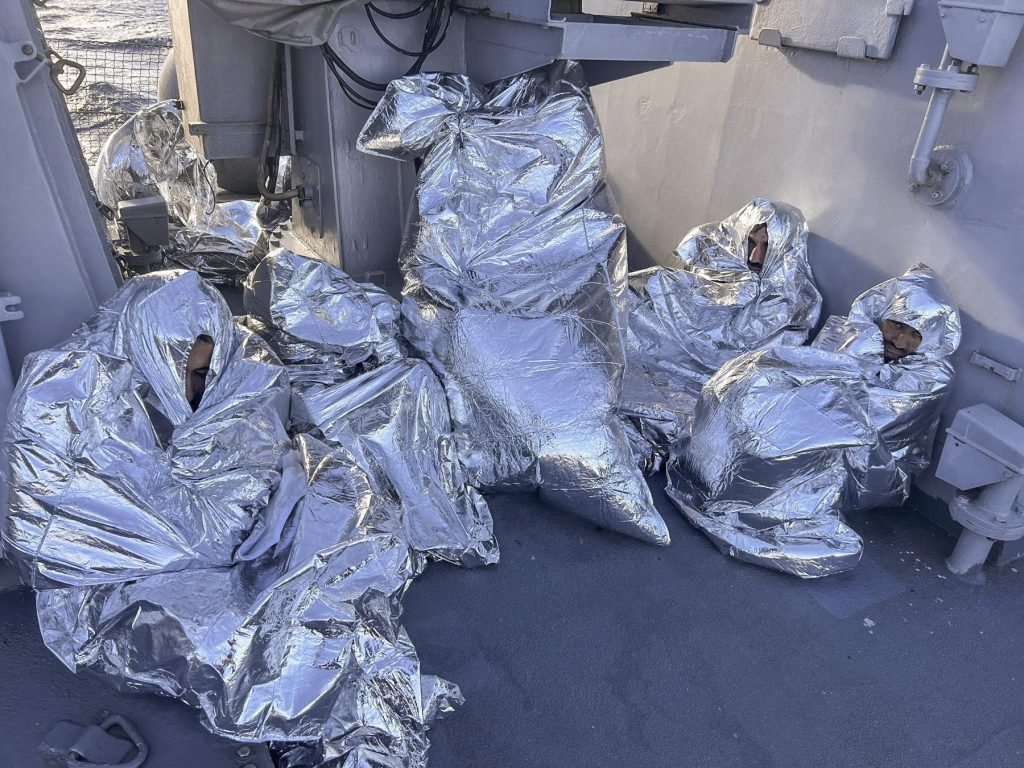 ATHENS (HPD) — The Greek Coast Guard said Thursday that five children were among the 22 people killed in the capsizing of a sailing ship carrying migrants. The search and rescue operation for the other 34 missing persons was still underway.

Just 12 people, all men, were found alive after the ship sank in the treacherous waters between the islands of Evia and Andros, east of the Greek capital.

The Coast Guard said two of the 12 survivors were arrested on suspicion of belonging to a smuggling ring that organized the trip from Turkey. He said that one was suspected of captaining the ship and the other of helping him. Both faced charges of belonging to a criminal organization and causing a shipwreck.

Most of the survivors were found on an uninhabited islet and told authorities they had traveled aboard a sailing ship with a total of 68 people that set sail from Izmir on the Turkish coast. They said the boat capsized in heavy waves. The initial rescue operation began amid strong gale winds in the Kafireas Strait, between the two islands.

The coastguard said Thursday that 22 bodies had been recovered from the sea, including those of five children — three boys and two girls — and six women.

The shipwreck was the latest in a string of deadly migrant boat crashes in Greek waters.

The authorities maintained another search operation in the eastern Aegean, near the island of Samos, near the Turkish coast, where there were seven people still missing after the sinking of a boat in which 12 people were reportedly traveling. Four people, whom the coastguard said were Palestinian, were rescued on Monday and one body was found on Tuesday.

Thousands of people fleeing violence and poverty in Africa, Asia and the Middle East try to reach the European Union through Greece every year.

Most make the short but dangerous crossing in flimsy boats from Turkey to the Greek islands. Others try to avoid Greece and try to reach Italy directly in overcrowded sailboats and yachts.

At least 27 people drowned in two shipwrecks last month. In one of them, 18 people died when a boat that had sailed from Turkey sank in the eastern Aegean, off the island of Lesbos. In the other, a yacht with about 100 people on board capsized in a storm. At least nine people were killed and six were missing.