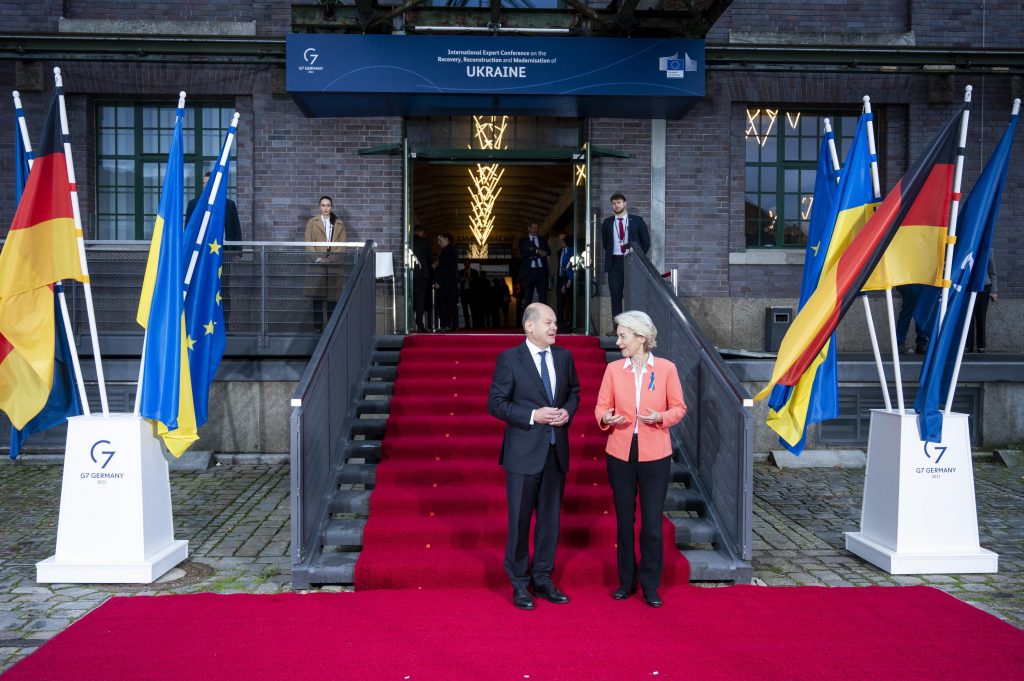 BERLIN (HPD) — German and European Union leaders brought together experts Tuesday to begin work on what the German chancellor described as a “new Marshall Plan” to rebuild Ukraine.

The Marshall Plan was a US-sponsored initiative that helped revive the economies of Western Europe after World War II.

The one-day conference in Berlin was convened to discuss “how to ensure and maintain funding for Ukraine’s recovery, reconstruction and modernization in the years and decades to come,” Chancellor Olaf Scholz said.

Scholz, who co-hosted the meeting with European Commission President Ursula von der Leyen, said he expects “nothing less than the creation of a new Marshall Plan for the 21st century, a generational task that must start now.”

For his part, Von der Leyen indicated that the World Bank places the cost of the damage registered in Ukraine to date at 350,000 million euros (345,000 million dollars). Brussels decided in June to make kyiv a candidate to join the bloc and needs to “firmly integrate Ukraine’s reconstruction efforts as part of its path to the European Union,” he added.

In addition to long-term help, “Ukraine needs a quick rehabilitation right now” as Russia attacks Ukraine’s electrical infrastructure, among others, before the onset of winter, von der Leyen said, calling the offensive “acts of sheer terror.” ”.

The President of Ukraine, Volodymyr Zelenskyy, emphasized this aspect in his speech by videoconference from kyiv. In his speech, he noted that the country has a $17 billion “rapid recovery” plan to repair damage to hospitals, schools, transportation, energy and other structures.

“So far, we have not received a single penny for the implementation of the rapid recovery plan,” he said, speaking through an interpreter.

Scholz underscored Germany’s commitment to continue sending weapons to Ukraine, including anti-aircraft defense systems, for as long as needed.

“The best reconstruction is the one that doesn’t have to be done because Ukrainian cities and power plants are protected from Russian bombs, drones and missiles,” he said.

“We still don’t know when the war will end, but it will end,” added the German leader. “From our own historical experience, we also know that reconstruction is always possible and that it is never too early to tackle this task.”

Scholz and von der Leyen invited the leaders of Poland and Switzerland, the International Monetary Fund, the Organization for Economic Cooperation and Development, and the United Nations Development Program, among others, to the summit. Germany holds the rotating presidency of the Group of Seven, which brings together the industrial powers.

“No time to lose. The magnitude of the destruction is staggering,” von der Leyen said. “We need the whole world: the G7, the European Union, Europe; strong partners like the United States, Canada, Japan, Great Britain, South Korea, Australia, New Zealand and many many more.”