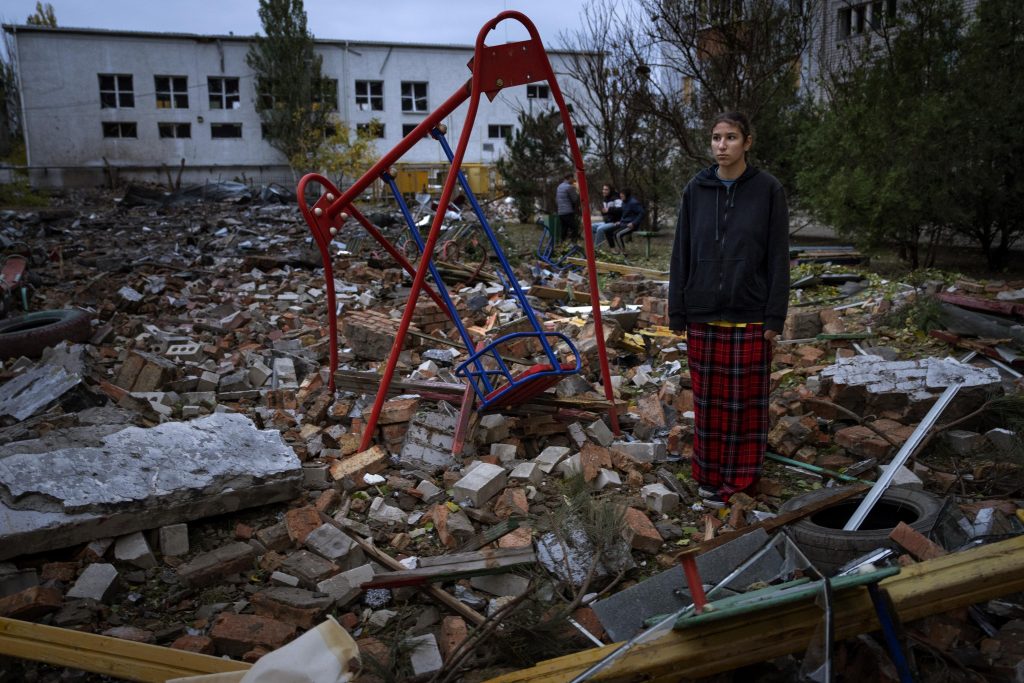 kyiv, Ukraine (HPD) — Germany’s president arrived in kyiv on Tuesday for his first visit to Ukraine since the start of the Russian invasion, a trip that comes amid unfounded warnings from Moscow of a “dirty bomb” attack. ” as the conflict enters its ninth month.

Frank-Walter Steinmeier said upon his arrival in the city that “it was important for me, at this stage of air strikes with drones, cruise missiles and shells, to send a signal of solidarity to the Ukrainians,” the German news agency dpa reported.

Steinmeier’s spokeswoman, Cerstin Gammelin, posted a picture of him in kyiv on Tuesday. “Our solidarity is unwavering and will continue to be,” she tweeted.

It was the third time that the German president, whose position is mainly ceremonial, had tried to travel to the country.

He had planned to visit the country in April with his Polish and Baltic counterparts, but said his presence was “apparently … not wanted in kyiv.” Steinmeier has been criticized in Ukraine for his alleged complicity with Russia during his time as foreign minister.

Last week, his planned trip was postponed for security reasons.

Steinmeier’s visit comes as Ukrainians prepare to face a winter with less power following continued Russian attacks on their infrastructure in recent weeks. Residents of Mykolaiv, a city in the south of the country, queued for water and basic supplies on Tuesday as Ukrainian forces advanced on the neighboring city of Kherson, which is occupied by Kremlin troops.

Ukrainian authorities have sought to allay public fears of Russian use of Iranian drones against infrastructure, saying they were more successful on Monday in shooting them down.

Ukrainian forces have intercepted more than two-thirds of the roughly 330 Shahed drones that Russia fired on as of Saturday, the head of the Ukrainian intelligence service, Kyrylo Budanov, explained on Monday. According to the official, the Moscow military has ordered about 1,700 drones of different types and is deploying a second batch of about 300 Shahed.

Although Russia and Iran deny that Iranian-made drones were used, the Shahed-136s, with their distinctive triangular shape, have rained down on civilians in kyiv and other parts of the country.