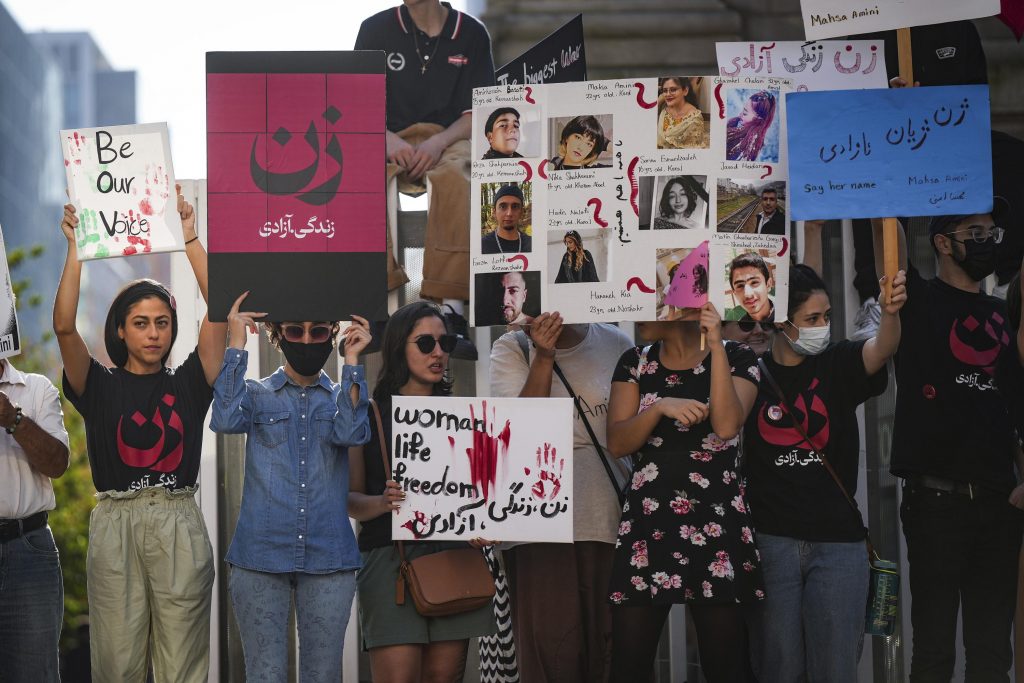 BERLIN (HPD) — Germany’s foreign minister on Sunday called for European Union entry bans and asset freezes against those responsible for what she described as a brutal crackdown on anti-government protesters in Iran.

The longest protests in years against Iran’s theocracy are now in their fourth week. They began on September 17, after the death of Mahsa Amini, a 22-year-old Kurdish woman who died in the custody of the Iranian morality police. Amini was arrested for not properly wearing the Islamic veil for women.

Since then, the protests have spread throughout the country and have been fiercely suppressed; Dozens of people are believed to have died and hundreds have been arrested.

“Those who beat up women and girls in the street, take people who want nothing more than to live in freedom, arbitrarily arrest them and sentence them to death are on the wrong side of history,” Minister Annalena Baerbock told the Bild am Sonntag on Sunday.

“We will ensure that the EU imposes entry bans on those responsible for this brutal crackdown and freezes their assets in the EU,” he added. “We say to the people in Iran: we are and we will remain by your side.”

Baerbock did not name any specific person or organization.

On Thursday, EU lawmakers passed a resolution calling for sanctions against those responsible for Amini’s death and subsequent crackdown.

Germany and France are party to the nuclear deal signed with Iran in 2015 to limit its nuclear program in exchange for sanctions relief.

In the face of ongoing unrest, authorities in Iran have also resorted to targeting prominent Iranians who have expressed support for the protests.