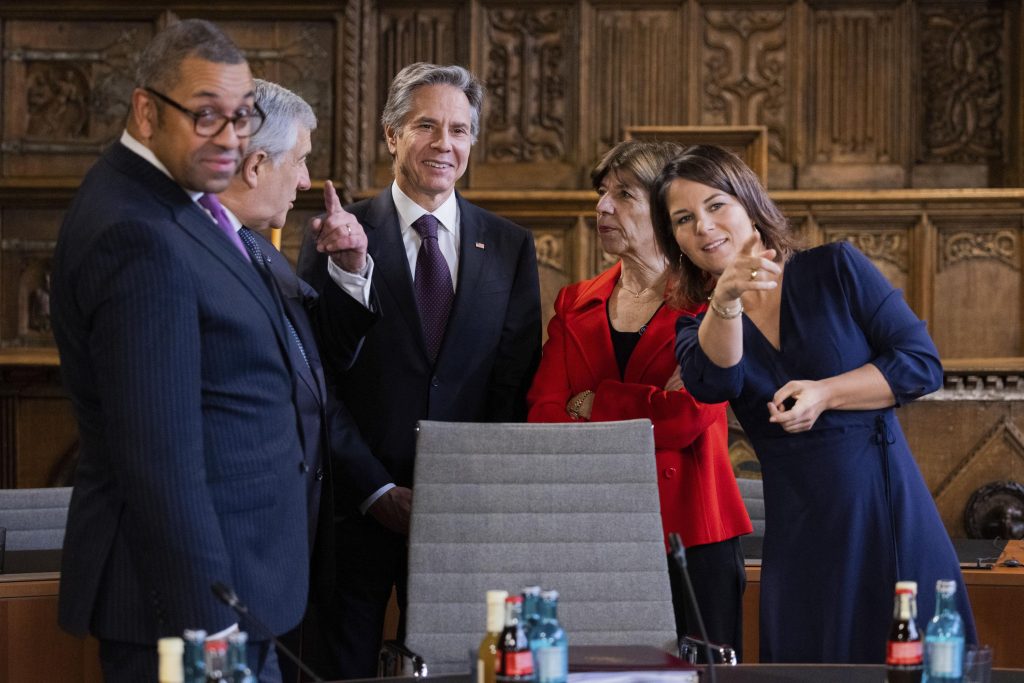 MÜNSTER, Germany (HPD) — Top diplomats from the world’s leading industrialized democracies on Friday supported Ukraine in its resistance to the Russian invasion, expressing an “unwavering commitment” to Ukraine’s defense, and voiced distrust of the country’s growing assertiveness. of China amid a panoply of global crises.

Concluding two days of talks in the historic western German city of Münster, the Group of Seven (G7) foreign ministers issued a joint statement affirming common positions on Ukraine, Russia, China and the recent events in Iran and North Korea.

Nearly a year after warning Russia of “massive consequences” if it went ahead with its plans to invade Ukraine, G7 ministers (Germany, Canada, the United States, France, Britain, Italy and Japan) approved more sanctions against the Kremlin. , including the establishment of a maximum price for Russian oil exports in the coming weeks.

They also promised additional support for the government in kyiv, by creating a new mechanism to help with its reconstruction and other countries affected by food and energy shortages that the war has exacerbated.

“We reiterate our unwavering commitment to continue providing the financial, humanitarian, defensive, political, technical and legal support that Ukraine needs to alleviate the suffering of its people and defend its sovereignty and territorial integrity,” the statement said.

The ministers accused Russia of “trying to terrorize the civilian population” of Ukraine by attacking critical power, water and other infrastructure and demanded an end to the war.

“We will continue to impose economic costs on Russia and other countries, individuals or entities that provide military support to Moscow’s war of aggression,” they added.

The ministers also criticized Iran for allegedly supplying weapons, including drones, to Russia and for a violent crackdown on anti-government protesters. They condemned Iran’s “brutal and disproportionate use of force against peaceful protesters and children,” as well as Tehran’s “continued destabilizing activities in and around the Middle East.”

Furthermore, the statement further condemned the recent escalation of tensions in Asia caused by North Korea launching test missiles and issued a stern warning against a possible new nuclear test. “Any atomic testing or other reckless action must be met with a swift, united and robust international response,” they wrote.

The ministers said they have sought “constructive cooperation with China, where possible and in our interest” on issues such as climate change, clean energy and health, but warned that Beijing must comply with global laws, especially as they Regarding Taiwan.

“These challenges can only be successfully addressed through cooperation within the rules-based international order,” they warned. “We remind China of the need to uphold the principles of the United Nations Charter on the peaceful settlement of disputes and to refrain from threats, coercion, intimidation or the use of force. We strongly oppose any unilateral attempt to change the ‘status quo’ by force or coercion”.