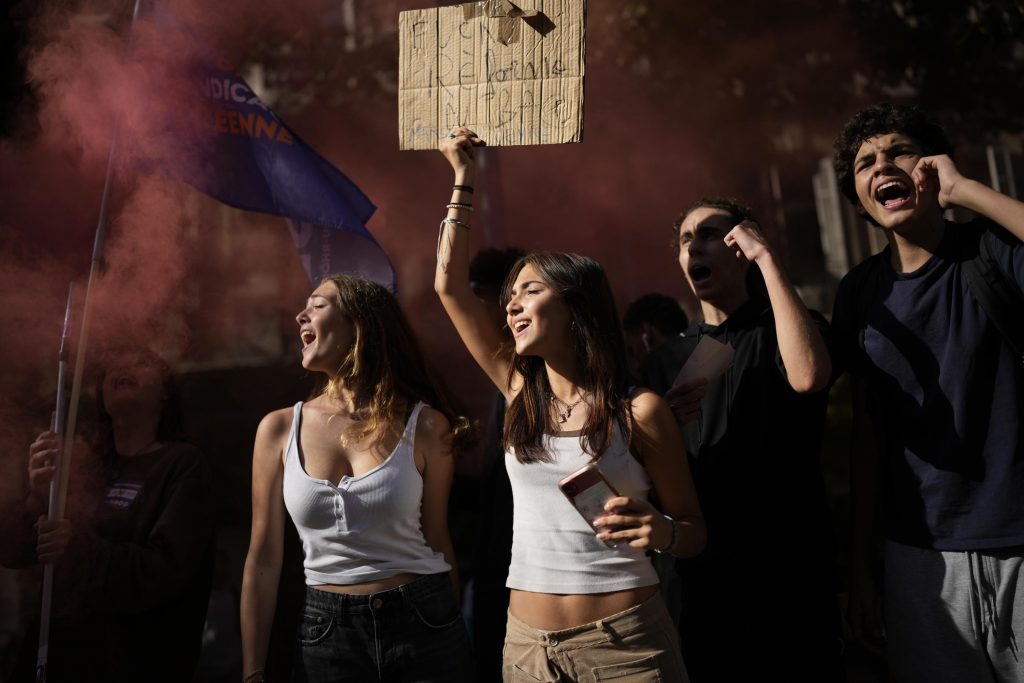 PARIS (HPD) — Industries across France walked out Tuesday demanding pay rises in line with inflation, sharpening clashes between workers and the government after weeks of walkouts that paralyzed oil refineries and caused gasoline shortages.

“It’s time to get back to work,” Prime Minister Elisabeth Borne said Tuesday of the strikers at the big TotalEnergies refiner.

Workers at rail, truck and bus companies, some high school teachers and public hospitals have responded to the oil union’s call for the industry to demand wage increases and to protest government intervention in refinery strikes. Thousands took to the streets on Sunday to protest price increases.

On Tuesday, barely half of the trains were running on the southern network, causing delays during the morning rush hour. Disruptions were reported on high-speed trains in the north, as well as on the Eurostar and trains linking France with Spain.

Similar protests have been seen across Europe against the impact of inflation, forcing trains and flights to be cancelled. Thousands protested in Prague against high energy prices; in Germany and Sweden airline workers demanded pay rises, and in the UK, from nurses to rail workers, walked out to demand wage increases in line with inflation.

In France, the leftist trade union center CGT has rejected an agreement on wage increases that oil major TotalEnergies signed with two other unions on Friday. The CFDT and CFE-CGC centrals, which represent the majority of the workers, agreed to a 7% increase and a bonus.

The strikers demanded raises based on windfall profits made by companies due to rising oil and gas prices as the Russian war in Ukraine deepens the crisis.

But the CGT rejected the agreement and maintained its demand for a 10% increase.

For weeks, long lines of cars have formed in which drivers wait for hours to fill the tank. Many gas stations have closed pending deliveries.

President Emmanuel Macron’s government is losing patience with the strikers, who have drawn support from their rivals on the left.

In a speech to the National Assembly on Tuesday, Borne said “negotiations culminated in the signing of agreements” with the majority unions at both TotalEnergies and Esso, the French subsidiary of ExxonMobil, where workers returned to work last week.

“Therefore, it is not acceptable that a minority continues to blockade the country,” he said.

Borne said that 25% of gas stations have shortages.

He argued that there is a “clear improvement” in the situation in northern France, where 18.5% of gas stations have problems, compared to 55% last week. He added that in the Parisian region the situation has improved in the last 24 hours.