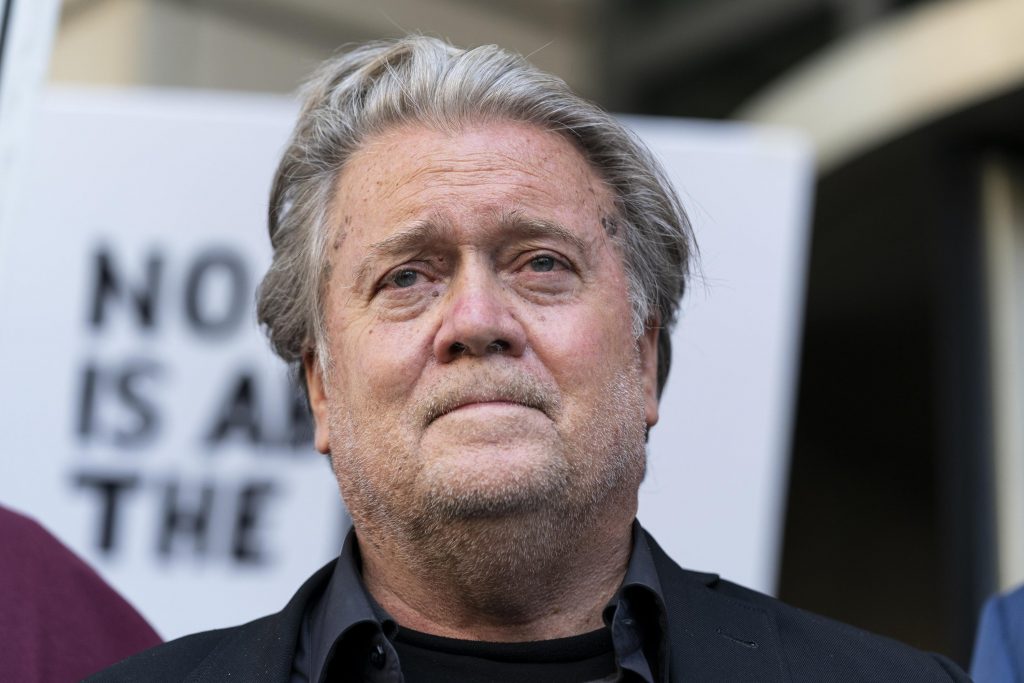 WASHINGTON (HPD) — Steve Bannon, a longtime ally of former President Donald Trump, was sentenced Friday to four months in prison after being found guilty of flouting a subpoena before the House committee investigating the Sept. 6 insurrection. January 2021 on Capitol Hill.

The judge allowed Bannon to remain free while he appeals and fined him $6,500 as part of his sentence. In July, a federal court found Bannon guilty of two counts of contempt of Congress: refusing to testify and refusing to produce documents.

In pronouncing the sentence, federal judge Carl Nichols recalled that the law clearly establishes that contempt of Congress is punishable by a mandatory minimum sentence of one month in jail. The prosecution had asked for a six-month sentence, while the defense had argued for a period of supervised release.

The House committee wanted Bannon to testify about his involvement in Trump’s attempts to nullify the 2020 presidential election. Bannon has yet to testify or turn over the requested documents, according to prosecutors.

Prosecutors argued that Bannon, 68, deserved jail time for pursuing a “bad faith strategy” and because his derogatory remarks about the commission show that he is trying to undermine efforts to unravel the violent attack and prevent something similar from happening again.

Bannon “chose to hide behind bogus invocations of executive privilege and the advice of his lawyers to taunt Congress,” prosecutor JP Cooney said.

“Your Honor, the defendant is not above the law, and that is precisely why this case is important,” Cooney said. “It must be made clear to the public, to the citizens, that no one is above the law.”