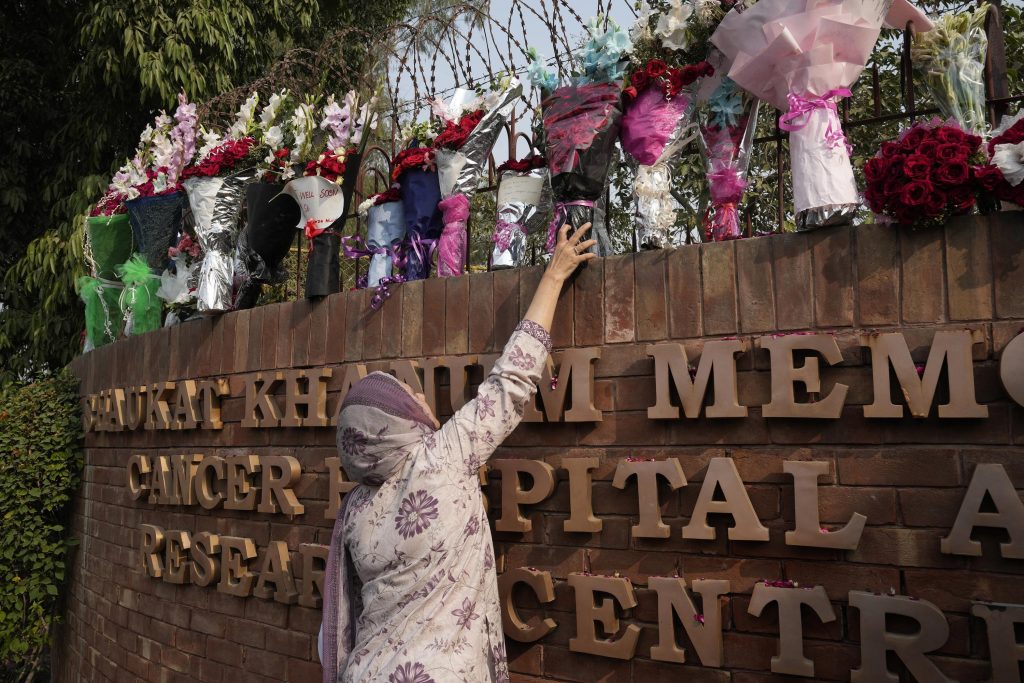 ISLAMABAD (HPD) — Former Pakistani Prime Minister Imran Khan was in stable condition Friday after being shot during a protest march the day before, a senior party official said.

Marches and protest rallies organized by Khan had been peaceful until Thursday’s attack, when a gunman opened fire on his campaign truck. The attack has raised concerns about growing political instability in the country, which has a history of politically motivated violence and killings.

One of the former president’s supporters was killed and 13 others, including two legislators, were injured in the attack.

“There is no doubt… We are convinced that this was a well-planned assassination attempt on Pakistan’s most popular leader, Imran Khan,” said Fawad Chaudhry, a senior official in Khan’s Tehreek-e-party. Unsaf. The former premier “is now in stable condition at Shaukat Khanum hospital in Lahore after undergoing surgery there,” he added.

The party leadership will meet later on Friday in Lahore, he added. “Today we will announce exactly when we will resume our march from Wazirabad,” Chaudhry told The Associated Press.

Asad Umar, another leading figure in Khan’s party, blamed the attack on current Prime Minister Shahbaz Sharif, the interior minister and an army general, but provided no evidence.

The government called the accusations baseless and said it had opened a high-level investigation and that the assailant, who was detained at the scene of the attack, was being questioned. Police were still interviewing the alleged attacker on Friday.

Local police on Thursday released a video showing the man. In the images, he admits that he was the author of the shot and that he acted alone.

Defense Minister Khawaja Mohammad Asif said on Friday that the Punjab government had suspended the officers who released the video to the media.

The attack took place as the former cricket star-turned-politician was traveling in a large convoy of protest trucks and cars to the capital, Islamabad. A video shows him and his crew ducking for cover on top of a vehicle as gunshots ring out.