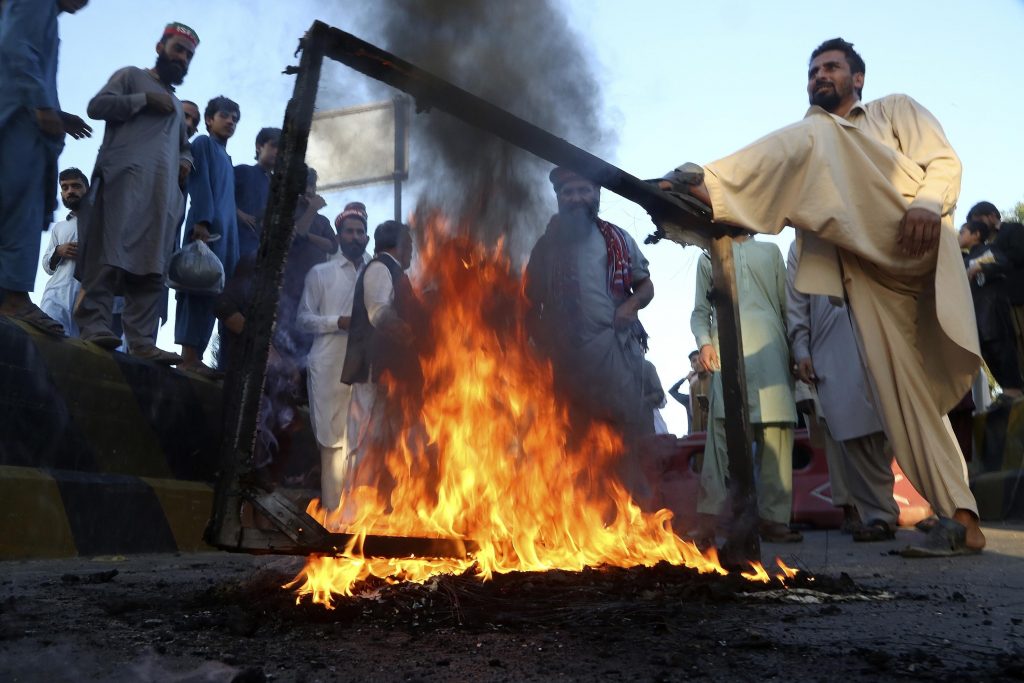 The commission found on Friday that Khan illegally sold state gifts and concealed assets as prime minister. Due to his ruling, Khan was barred for five years from holding public office, according to the law, and automatically lost his seat in Parliament.

The commission’s decision deepened ongoing political turmoil in the impoverished Islamic country, which is grappling with a declining economy, food shortages and the aftermath of unprecedented summer floods — which left 1,725 ​​dead, hundreds of thousands displaced. and an increase in cases of malaria and other diseases related to flooding.

The commission’s announcement comes as Khan, who was ousted in April by a no-confidence motion in parliament, has mobilized his supporters against the new government of Prime Minister Shahbaz Sharif and called early elections.

Protesters briefly clashed with police on the outskirts of Islamabad, the capital, on Friday. Later, Khan asked his supporters to disperse peacefully and wait for his call for a march in Islamabad.

At a news conference in the eastern city of Lahore, Sharif described Khan as “a certified bandit” on Saturday, referring to the electoral commission’s ruling against him, and said the government would not allow his supporters to storm the capital. .

Fawad Chaudhry, a spokesman for Khan, said a petition to challenge Khan’s disbarment was filed with the Islamabad High Court seeking an urgent hearing.