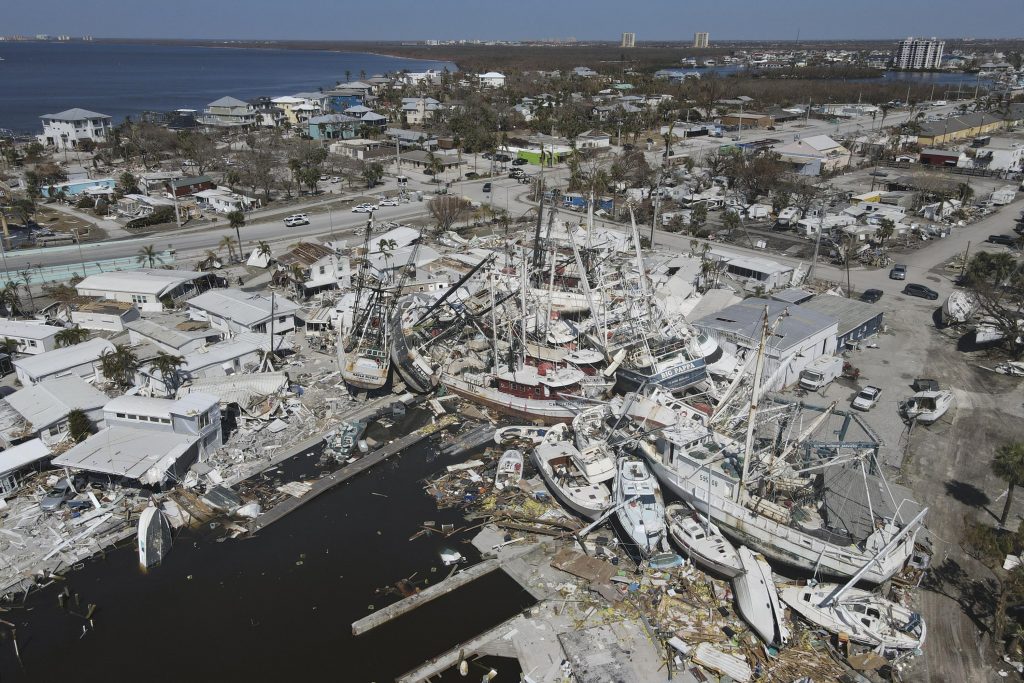 But turning on the lights in a wrecked RV that probably can’t be repaired and stinks of dried mud and mold isn’t much consolation to people who lost their life’s work in a few hours of wind, rain and rising levels. from sea. As she flipped through old soggy photos of her children in the shadowy ruins of her garage, Brenda Palmer couldn’t help but cry: “Everyone says I can’t save everything. It’s my life. It’s my life. He went”.

With the main search for victims over and a large swath of Florida’s southwest coast gearing up for the long haul of recovering from the first direct hit of a major hurricane in a century, residents are bracing for what will be months or years of work. Grieving losses will be tough, as will fights with insurance companies and decisions about what to do next.

Authorities attribute more than 100 deaths to Ian — most of them in southwest Florida — a powerful Category 4 storm packing 155-mile (249-kilometer-per-hour) winds. It was the third deadliest storm to hit the continental United States this century, behind Hurricane Katrina, which killed about 1,400 people, and Sandy, which killed 233.

While Governor Ron DeSantis has lavishly praised his administration for the early phases of the recovery, including restoring running water and lights and building a temporary bridge to Pine Island, much remains to be done. There are still mountains of rubble to be removed; it’s hard to find a path that isn’t lined with soggy rugs, ruined furniture, moldy mattresses, and bits of houses.