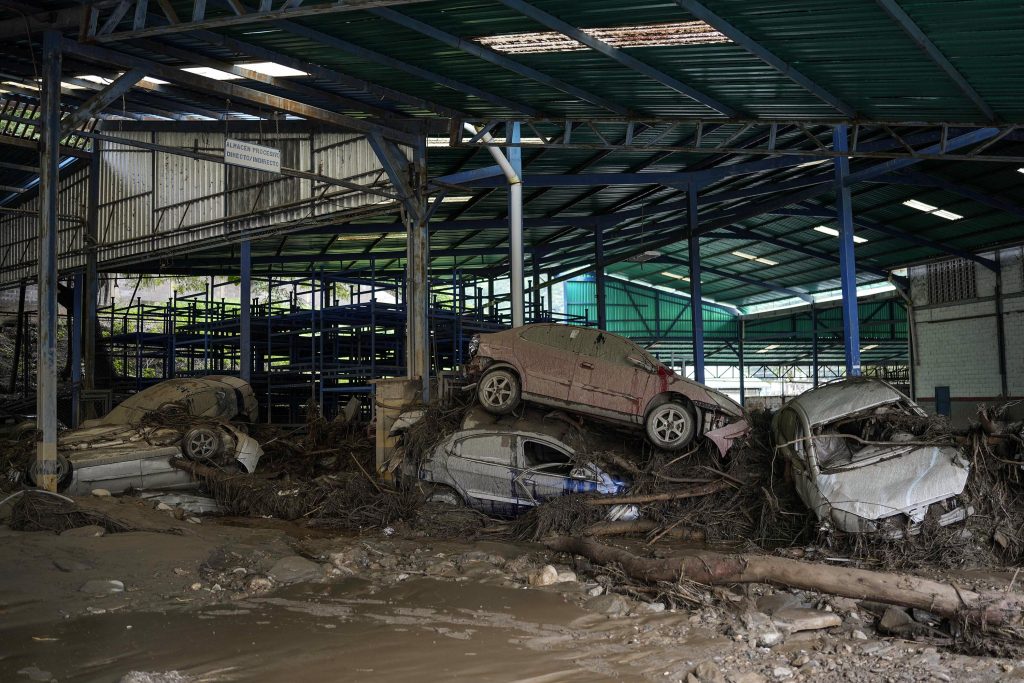 Residents of Las Tejerías de Santos Michelena, an agro-industrial municipality in Aragua state, some 87 kilometers southwest of Caracas, barely had a few seconds to get to safety on Saturday night after heavy rains.

The official death toll rose to 22 after the recovery of 20 bodies on Sunday, Vice President Delcy Rodríguez confirmed in statements to the press broadcast by the state-owned Venezolana de Televisión.

“There was a big landslide in the central area of ​​Las Tejerías”, where five streams overflowed, the vice president said from the affected area. In addition to the damage to the local infrastructure, “we have already found 22 dead people, there are more than 52 missing people,” she added.

“We have lost girls, boys, all very unfortunate,” said Rodríguez, and stressed that “there are still people walled up. We are trying to rescue them, to rescue them alive.” Shelters will also be set up to protect the population that has lost their homes.

Hours earlier, Major General Carlos Pérez Ampueda, Deputy Minister for Risk Management and Civil Protection, said on Twitter that residents of the El Béisbol and La Agotada neighborhoods —located in the north of the municipality, where dozens of homes were affected by the overflow of the Los Patos creek—report several missing.

Rescuers carried out search and rescue tasks with the help of trained dogs and drones, the deputy minister said on Sunday.

Meanwhile, the governor of the state of Aragua, Karina Carpio, indicated that the current of the waters “terribly affected” 21 sectors of Las Tejerías, capital of the Santos Michelena municipality, which has some 54,000 inhabitants.

In addition, in a preliminary way, 15 affected companies were counted, several destroyed houses and the interruption of the electrical service after almost three hours of heavy rains.

Crews of workers and heavy machinery removed debris to clear roads and restore electricity and water services. There were also failures in mobile and fixed telephony, according to reports.

During the past week, the passage of tropical wave 41 of the season off the Caribbean coast of Venezuela caused maximum rates of rainfall, flooding and material damage in 11 of the 23 states of the South American country.

The government of President Nicolás Maduro has said that 120 of the country’s 335 municipalities have been affected. The president reported that more than 20,000 officials have been deployed, including lifeguards and agents of the security forces, to attend to the emergency.