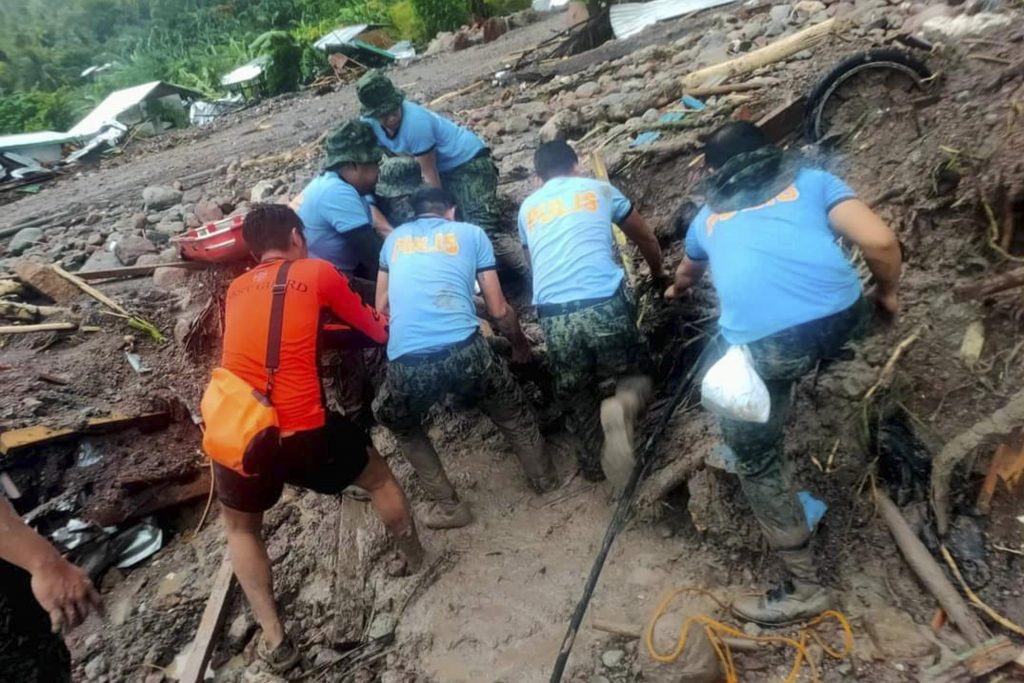 MANILA, Philippines (HPD) — Flash floods and landslides triggered by torrential rains have left at least 50 dead, including a hard-hit province in the southern Philippines where up to 60 villagers are feared missing and buried by a massive landslide. mud laden with rocks, trees and debris, authorities said Saturday.

At least 42 people were swept away by floodwaters and drowned or hit by mudslides in three towns in Maguindanao province from Thursday night to early Friday, said Naguib Sinarimbo, interior minister of a Muslim autonomous region. ruled by former separatist guerrillas.

Another eight people died in other parts of the country as a result of tropical storm Nalgae, which hit the eastern province of Camarines Sur on Saturday, the government’s disaster management agency said.

So far the worst impact of the storm was a landslide that buried dozens of houses in the tribal village of Kusiong, in the Datu Odin Sinsuat town of Maguindanao, where up to 60 people are believed to be, Sinarimbo told The Associated Press by telephone. , citing accounts from Kusiong villagers who survived the flood and mudslide.

Army Lt. Col. Dennis Almorato, who visited the community affected by the landslide on Saturday, said the mudslide buried some 60 rural homes in a 5-hectare (12-acre) section of the community. He did not give an estimate of how many villagers may have been buried by the landslide, which he described as “overwhelming.”

At least 13 bodies, most of them children, were removed Friday and Saturday by rescuers in Kusiong, it said.

“That community will be our priority today,” Sinarimbo said, adding that heavy machinery and more rescuers have been deployed to reinforce search and rescue efforts.

Kusiong “was hit by torrents of rainwater with mud, rocks and trees that washed away houses,” Sinarimbo said.

The coastal town, which lies at the foot of a mountain, is accessible by land, allowing more rescuers to be dispatched on Saturday to deal with one of the worst weather disasters to hit the south of the country in decades, he said.