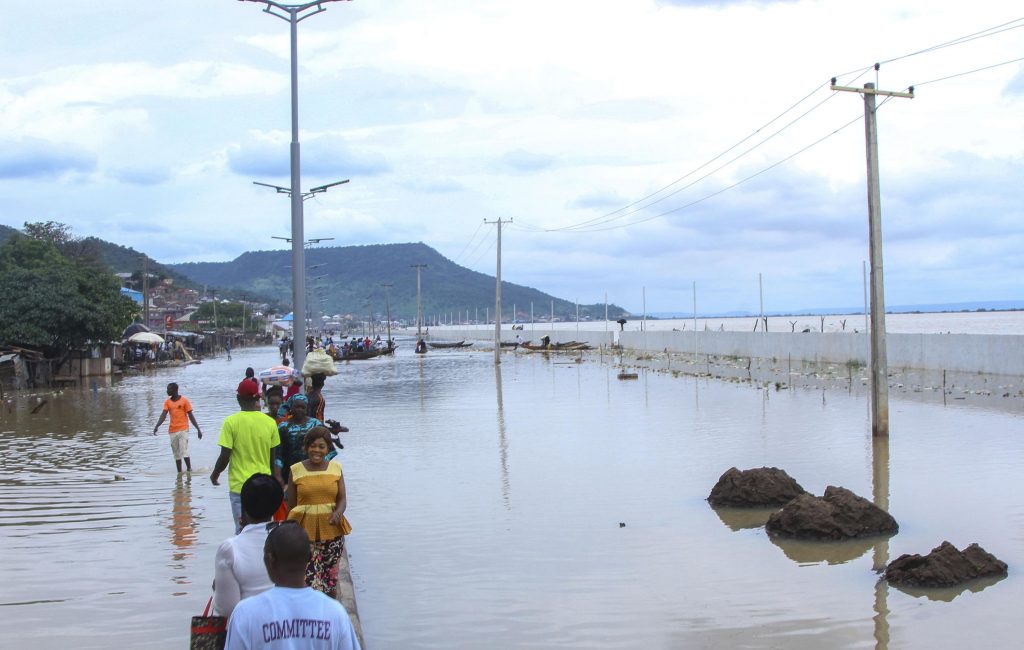 ABUJA, Nigeria (HPD) — Seven people have died and thousands of travelers have been stranded in Nigeria after the worst flooding in a decade swept away homes and covered roads in other parts of the country, residents and authorities said Thursday.

The deaths occurred in the Ibaji area of ​​Kogi state, the local information commissioner said, as authorities scrambled to evacuate residents from flooded areas.

“We are in the midst of a terrifying humanitarian crisis,” Kingsley Fanwo told The Associated Press, adding that thousands of homes were flooded.

Kogi borders 10 states, in addition to the capital, Abuja. Lokoja, the state capital, is located at the confluence of Nigeria’s two largest rivers, the Niger and the Benue, and roads near the banks are more prone to flooding.

The flooding in Nigeria is largely attributed to the release of excess water from the Lagdo dam in neighboring Cameroon and unusually heavy downpours. More than 300 people have died this year.

Kogi Governor Yahaya Bello has asked President Muhammadu Buhari to declare a national emergency to speed up the government’s response.