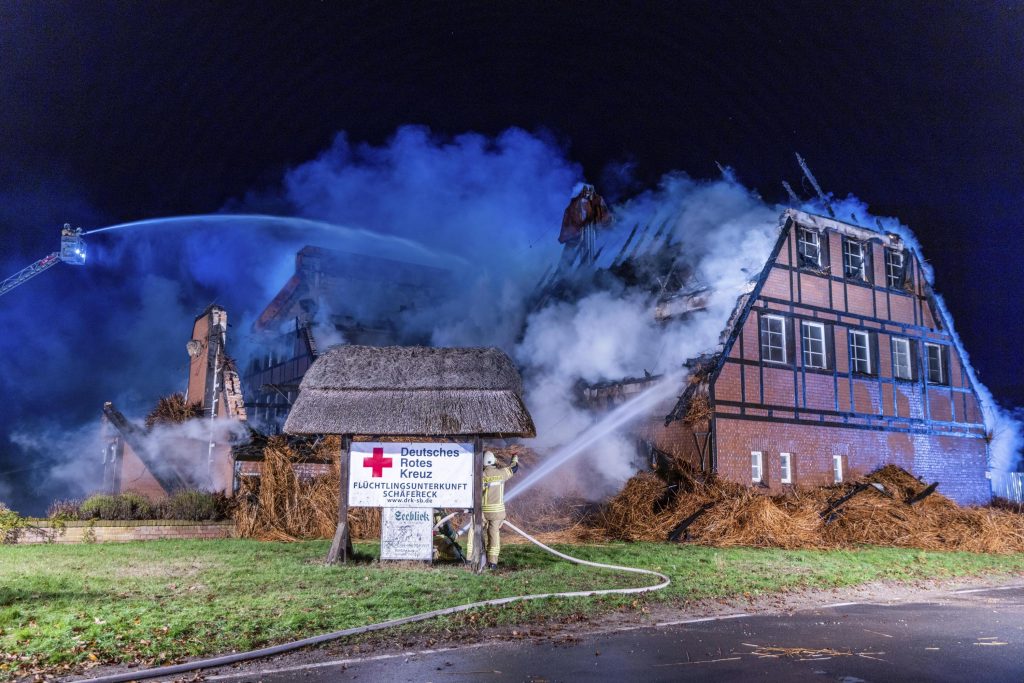 BERLIN (HPD) — A fire that has destroyed a shelter for Ukrainian refugees on Germany’s Baltic Sea coast may have been arson, the state’s governor suggested Thursday, saying no violence will be tolerated towards those fleeing war.

All 14 residents and three employees who lived on site were rescued from the fire at the former hotel in the northern state of Mecklenburg-Western Pomerania on Wednesday night, according to local police. No one was injured and the refugees were moved to other accommodation, according to authorities.

“This is terrible news. People who took refuge with us from (Russian President Vladimir) Putin’s war have had to be rescued from the flames,” German Interior Minister Nancy Faeser said.

“If it is confirmed that the fire was caused, this is an inhumane crime that will be prosecuted with all severity,” he added.

The police unit in the nearby city of Rostock tasked with investigating politically motivated crimes took over the investigation into the fire in the town of Gross Stroemkendorf. Local police began evaluating the hypothesis of an arson attack, according to the German news agency dpa.

The state governor, Manuela Schwesig, also expressed her shock at what happened.

“One thing must be clear to everyone: people fleeing war need our protection and support. We do not tolerate incitement and violence,” Schwesig said.

The police received a complaint on Monday for a graffiti of a Nazi swastika in the entrance area to the compound. It was not yet clear if the graffiti was related to the fire, police said.

A former resident of the shelter told German broadcaster n-tv that the fire was “very scary.”

“We were safe and protected here, and suddenly we have to leave our house again, to fear again for our safety,” said the refugee.

More than a million refugees from Ukraine, most of them women and children, have flocked to Germany seeking protection since Russia invaded their country nearly eight months ago.

At first, the refugees were well received and many German families opened their homes to welcome them. However, a strong minority has been hostile to them and other foreigners who have arrived in the country.