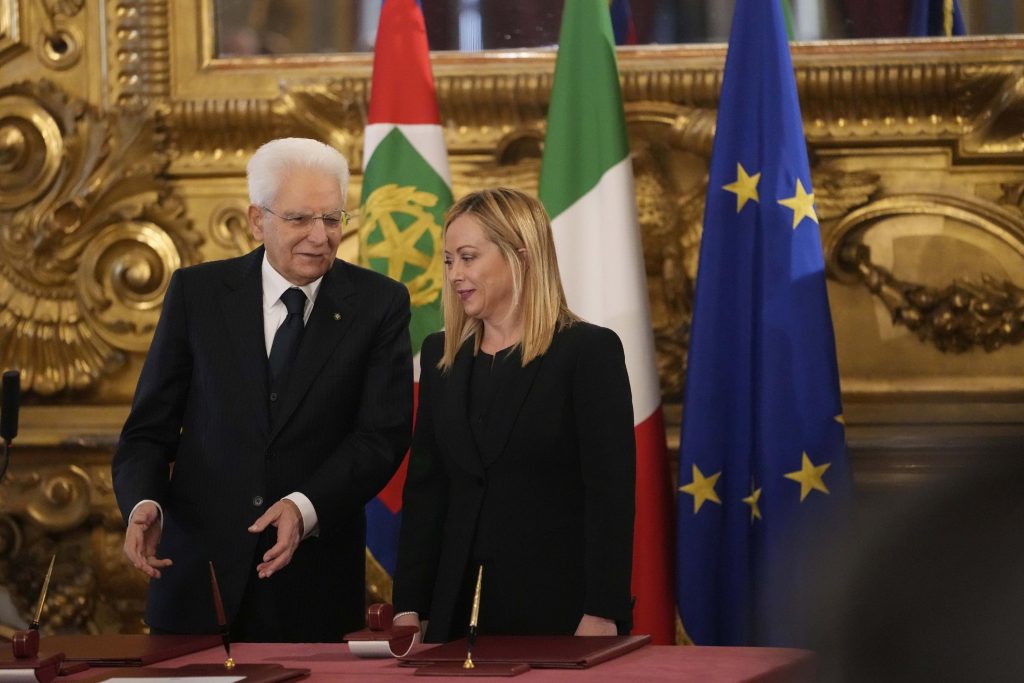 ROME (HPD) — Giorgia Meloni, whose Brothers of Italy party has neo-fascist roots, was sworn in Saturday as the first far-right to lead Italy’s government since the end of World War II.

Meloni, 45, also became the first woman to take office in the country at the inauguration ceremony held before President Sergio Mattarella at the Quirinal Palace in Rome.

Brothers of Italy was the most voted party in the general elections last month. Meloni announced the formation of his coalition executive on Friday night.

Meloni recited the traditional oath by which he undertook to be faithful to the republic established in the postwar period and to act “in the exclusive interest of the nation.” He then signed the promise, endorsed by Mattarella, who, in his role as head of state, acts as guarantor of the Constitution drawn up in the years after the war that ended the regime of fascist dictator Benito Mussolini.

The 24 government ministers followed in his footsteps with similar oaths. Five of the ministers are technocrats who do not represent any party and six are women.

The first meeting of the Meloni government will take place on Sunday.

His executive replaces Mario Draghi, a former director of the European Central Bank who was appointed by Mattarella in 2021 to lead a coalition of national unity after the pandemic. Meloni was the only leader of a major party who refused to join the group, insisting that voters return to the polls, as happened on September 25.