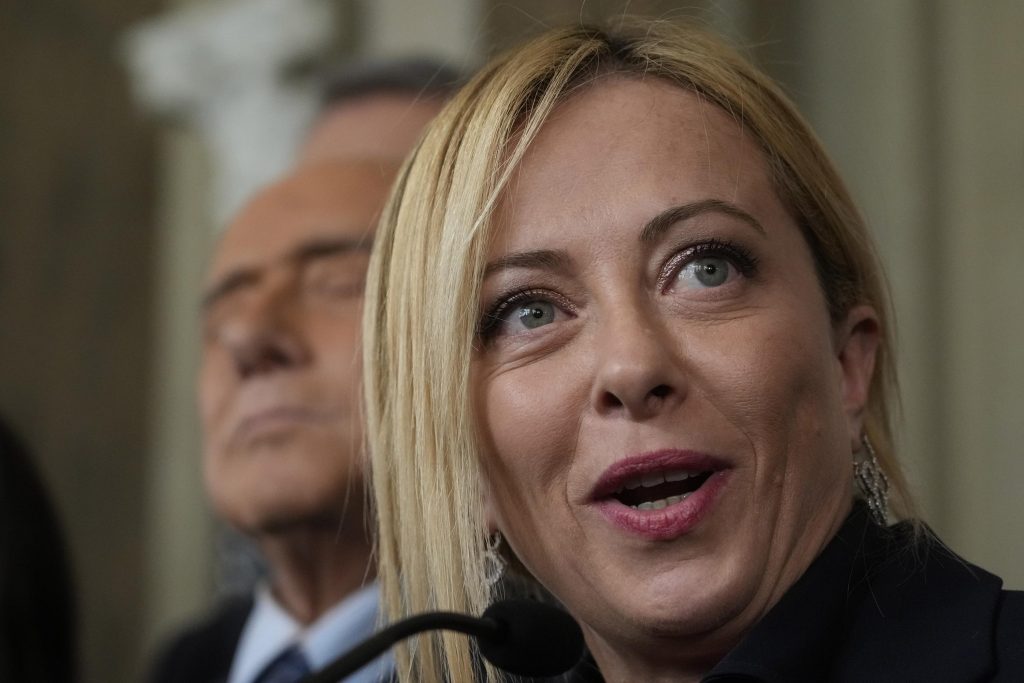 ROME (HPD) — Giorgia Meloni on Friday formed the new ruling coalition to give Italy its first far-right government since the end of World War II and the first ever led by a woman.

A presidential official announced that Meloni and his cabinet will be sworn in on Saturday. Brothers of Italy, a party of neo-fascist origin, was the most voted in the national election last month.

Hours before the formation of the new government, Meloni, a 45-year-old career politician, told the press that she and her allies had unanimously asked President Sergio Mattarella for the mandate to govern.

Winning the head of government caps the remarkable rise, against all odds, of the Brothers of Italy, the party Meloni co-founded in December 2012 and which, during its early years, was considered a fringe right-wing movement.

Meloni made no public comment before leaving the Quirinal presidential palace. Earlier in the day, he had met with Mattarella and two of his main — and sometimes troublesome — right-wing allies: Matteo Salvini and Silvio Berlusconi.

Mattarella told reporters that the government was formed in a “short time” after the September 25 election. After the previous elections, in 2018, he took three months to form a new government coalition.

Quickly giving a new government to the country “was possible due to the clarity of the result of the vote and the need to proceed promptly, also due to internal and international conditions that require a full government to carry out its tasks,” Mattarella said.

Italy and much of the rest of Europe are suffering from high energy prices and the drama of Russia’s war in Ukraine, which could crimp gas supplies this winter and continue to push up electricity bills for homes and businesses.

Berlusconi and Salvini are longtime admirers of Russian President Vladimir Putin. Meloni strongly supports Ukraine in its defense against the Russian invasion.

Those differences could cause challenges for his governing coalition.

During a meeting this week with lawmakers from his Forza Italia party, former Prime Minister Berlusconi expressed sympathy with Putin’s motivations for invading Ukraine. A recording of the conversation leaked to the LaPresse news agency also captured Berlusconi making derogatory comments about Ukrainian President Volodymyr Zelenskyy and boasting that Putin had sent him bottles of vodka for his 86th birthday.

In response to the recording, Meloni insisted that anyone who joins his government must stick firmly to the West’s opposition to Putin’s war. If that meant her government couldn’t be formed, Meloni added, she would take that risk.