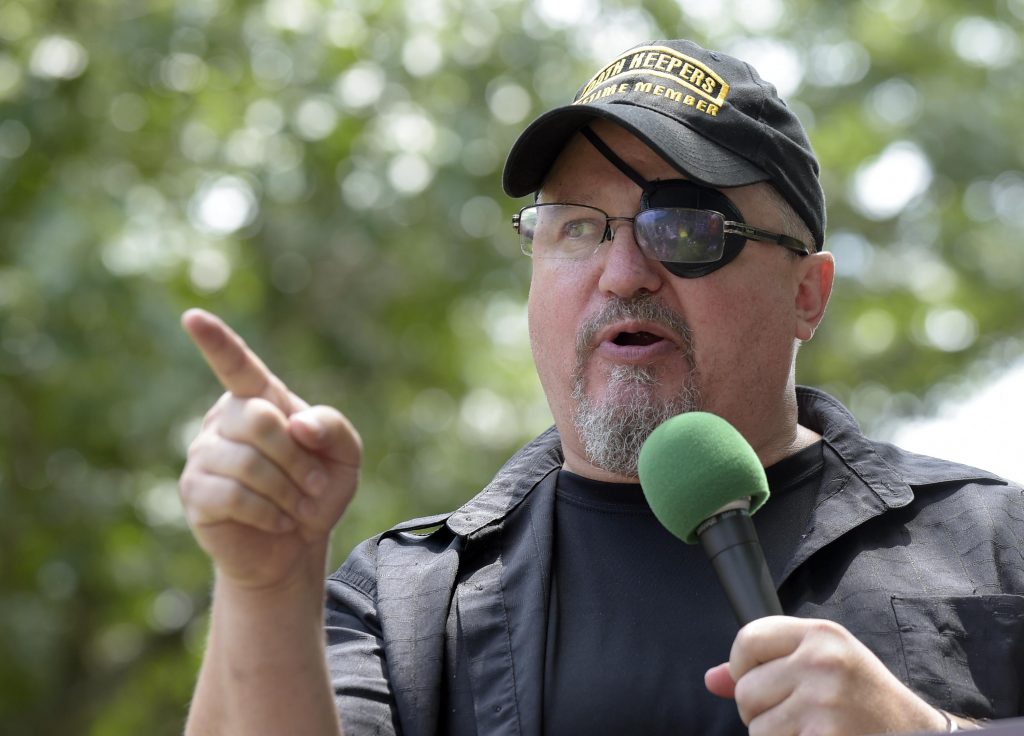 WASHINGTON (HPD) — The founder of the far-right Oath Keepers militia, Stewart Rhodes, began his statement Friday at his trial on charges of seditious conspiracy, in response to allegations that his group was planning an armed rebellion to prevent the transfer of the presidential power in the United States.

Rhodes told the jury that he is just a patriotic American, after several weeks in which prosecutors presented evidence and arguments against him and four others accused of a violent conspiracy to prevent Democrat Joe Biden from entering the White House.

Rhodes tried to present the Oath Keepers as a peaceful and disciplined group. Asked if he believed the 2020 election was rigged to steal victory from Republican Donald Trump, Rhodes falsely described Biden’s victory as “unconstitutional” and “invalid.”

“You really can’t have a winner of an unconstitutional election,” Rhodes said.

Dressed in a dark suit and tie, Rhodes faced the jury as he described his military experience and explained his decision to found Oath Keepers (literally, “Oath Keepers”) in 2009. Rhodes, whose stint as a military paratrooper was cut short by a training accident, described himself as a patriot.

“Do you love your country?” asked his lawyer. “Absolutely,” he replied.

Rhodes’ attorneys have said they will present a novel defense centered on President Donald Trump. It is anticipated that the argument will be that his actions that culminated on January 6, 2021 anticipated the orders that he expected to receive from the Republican Trump, which never came.

Rhodes takes enormous risks in testifying, as prosecutors are expected to try to tamper with or catch him in a lie under cross-examination.

The trial marks the biggest test yet of the Justice Department’s efforts to hold accountable those responsible for the attack on Capitol Hill, a violent assault that challenged the foundations of American democracy.

Prosecutors say Rhodes spent weeks mobilizing his gang of extremists, stockpiling weapons and preparing for violence in order to prevent Biden from taking office after the 2020 election. That conspiracy reached its climax on January 6, prosecutors say, when Oath Keepers in combat fatigues stormed the Capitol along with hundreds of Trump supporters to prevent the certification of Biden’s electoral victory.

Rhodes, of Granbury, Texas, and the other defendants are the first people arrested for the attack to be tried on seditious conspiracy, a charge dating back to the Civil War era, which carries a sentence of up to 20 years in prison. and it is difficult to prove.

The other defendants are Kelly Meggs and Kenneth Harrelson, both of the Florida Oath Keepers; Thomas Caldwell, a retired naval intelligence officer; and Jessica Watkins, a militia leader in Ohio.

Defense attorneys for Rhodes have said they will focus on Rhodes’ conviction that Trump would invoke the insurrection law to summon a militia to defeat a Democratic-organized coup.

During the weeks leading up to January 6, Rhodes repeatedly called on Trump to invoke the insurrection law, but the then-outgoing president did not. His lawyers say he cannot be found guilty of seditious conspiracy because he was only lobbying for Trump to invoke the law, which gives the president sweeping powers to decide that military force is necessary and to define what constitutes military force.