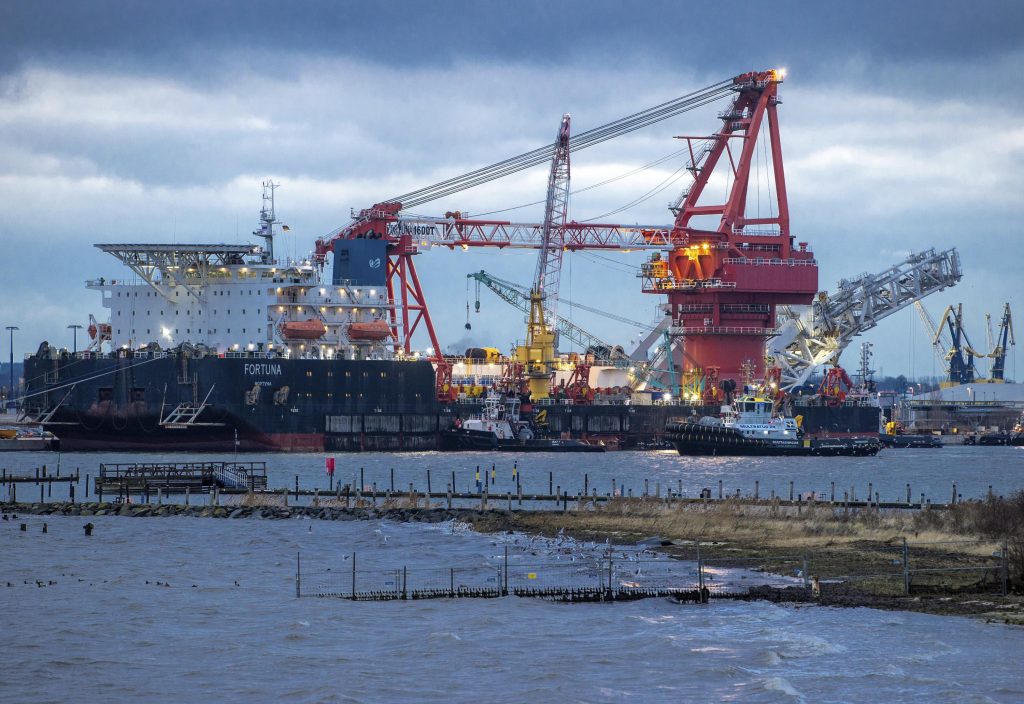 DAKAR, Senegal (HPD) — The new liquefied natural gas project off Africa’s west coast may only be 80% complete, but the prospect of a new energy supplier has already prompted visits from leaders of Poland and Germany. .

The field off the coast of Senegal and Mauritania is expected to initially contain some 425 billion cubic meters (about 15 trillion cubic feet) of gas, five times more than all that was used in 2019 by Germany, a country very gas dependent. But production wouldn’t start until early next year.

That will not help solve the energy crisis caused in Europe by Russia’s war in Ukraine. Still, Gordon Birrell, an executive at BP, a co-promoter of the project, said the work “couldn’t be more timely” as Europe tries to reduce its dependence on Russian natural gas for factories, power plants and home heating.

“Current world events demonstrate the vital role that (liquid gas) can play in undermining the energy security of nations and regions,” he told an energy sector meeting in West Africa last month.

Although Africa’s natural gas reserves are large and North African countries like Algeria already have pipelines connected to Europe, a lack of infrastructure and security concerns have long prevented producers elsewhere on the continent from increasing their exports. Established African producers are closing deals or reducing their energy use to have more volume to sell and bolster their finances, but some leaders warn that hundreds of millions of Africans are without power and supplies are in short supply at home.

Nigeria has the largest natural gas reserves in Africa, said Horatius Egua, a spokesman for the oil minister, although it accounts for just 14% of the European Union’s imports of liquefied natural gas, or LNG, which arrive by ship. Infrastructure projects face risks such as energy theft and high costs. Other up-and-coming countries like Mozambique have discovered large gas reserves but have seen projects delayed by Islamic militant violence.

Europe has searched for alternative suppliers as Moscow cut the flow of natural gas to EU members, sending energy prices soaring and raising recession expectations. The 27-country bloc, which this week is holding a meeting of energy ministers to address a cap on gas prices, is preparing for a possible total cut off of Russian gas, although it has managed to fill its reserves to 90%.

European leaders have flocked to countries like Norway, Qatar, Azerbaijan and especially North Africa, where Algeria has a gas pipeline to Italy and another to Spain.

Italy signed a $4 billion gas contract with Algeria in July, a month after Egypt agreed with the European Union and Israel to increase its LNG sales. Angola has also reached a gas agreement with Italy.

Although an earlier deal allowed Italy’s largest energy company to start production at two Algerian gas fields this week, it was unclear when deliveries of the July contract would start because the text did not include details, according to analysts.

African leaders like the president of Senegal, Macky Sall, want their country to benefit from these initiatives, although they are under pressure not to bet on fossil fuels. They also don’t want to export everything, as an estimated 600 million Africans don’t have access to electricity.

“It is legitimate, fair and equitable that Africa, the continent that pollutes the least and is furthest behind in the industrialization process, exploit its available resources to provide basic energy, improve the competitiveness of its economy and achieve universal access to electricity” Sall said last month at the United Nations General Assembly.

Algeria is a major supplier – together with Egypt, it accounted for 60% of natural gas production in Africa in 2020 – but right now it cannot make up for the lack of Russian gas in Europe on its own, said Mahfoud Kaoubi, a professor of economics. and specialist in energy issues at the University of Algiers.

“The main concern here is around the caliber of production increase that can be achieved and the impact that domestic demand could have” given the amount of gas Algeria itself consumes, Purdie said.

Egypt, a cash-strapped country, also wants to export more natural gas to Europe and has even regulated air conditioning in shopping malls and street lighting to save energy and sell it instead.

Prime Minister Mostafa Madbouly says Egypt aims to earn an additional $450 million a month in foreign exchange by shifting 15% of its domestic gas consumption to exports, according to state media.

More than 60% of natural gas consumption in Egypt is dedicated to power plants to keep the country going. Most of its LNG goes to Asian markets.

A new three-party agreement will see Israel send more gas to Europe through Egypt, which has facilities to liquefy the gas for export by sea. The EU says it will help the two countries increase their gas production and exploration.

In Nigeria, ambitious plans have yet to deliver despite years of planning. The country exported less than 1% of its vast natural gas reserves last year.

There is a proposal to build a 4,400-kilometre (2,734-mile) pipeline that would bring Nigerian gas to Algeria through Niger, but it has been stalled since 2009, mainly because of its estimated cost of $13 billion.

Many fear that even if completed, the Trans-Saharan Gas Pipeline would pose security risks like Nigeria’s oil pipelines, which are frequently attacked by militiamen and vandals.

Those same challenges would loom over increased exports to Europe, said Olufola Wusu, a Lagos-based oil and gas expert.

“One looks at the reality on the ground, issues that have to do with oil theft – and others begin to question our ability to supply gas to Europe,” he said.

Wusu urged prioritizing LNG, which he described as the “most profitable” gas strategy at the moment.

That plan is also not without problems. Nigeria LNG Limited, the country’s largest natural gas company, said in July that its plant was operating at just 68% of capacity, mainly because its operations and profits had been dented by crude theft.

In the south, Mozambique seemed poised to become a major LNG exporter after significant reserves were found off its Indian Ocean coast in 2010. French company TotalEnergies invested $20 billion and began work to extract gas that would be liquefied in a plant it is building in Palma, in the northern province of Cabo Delgado.

The Italian firm Eni, for its part, went ahead with its plan to pump and liquefy part of its gas deposits found in Mozambique in 2011 and 2014. Eni established a platform in the Indian Ocean, 80 kilometers (50 miles) from the coast, far from the violence in Cabo Delgado.

It is the first floating LNG facility in African waters, Eni said, with a capacity to liquefy 3.4 million tons of gas a year.

The rig began liquefying gas on October 2, according to Africa Energy, with the first shipment expected to leave for Europe in mid-October.