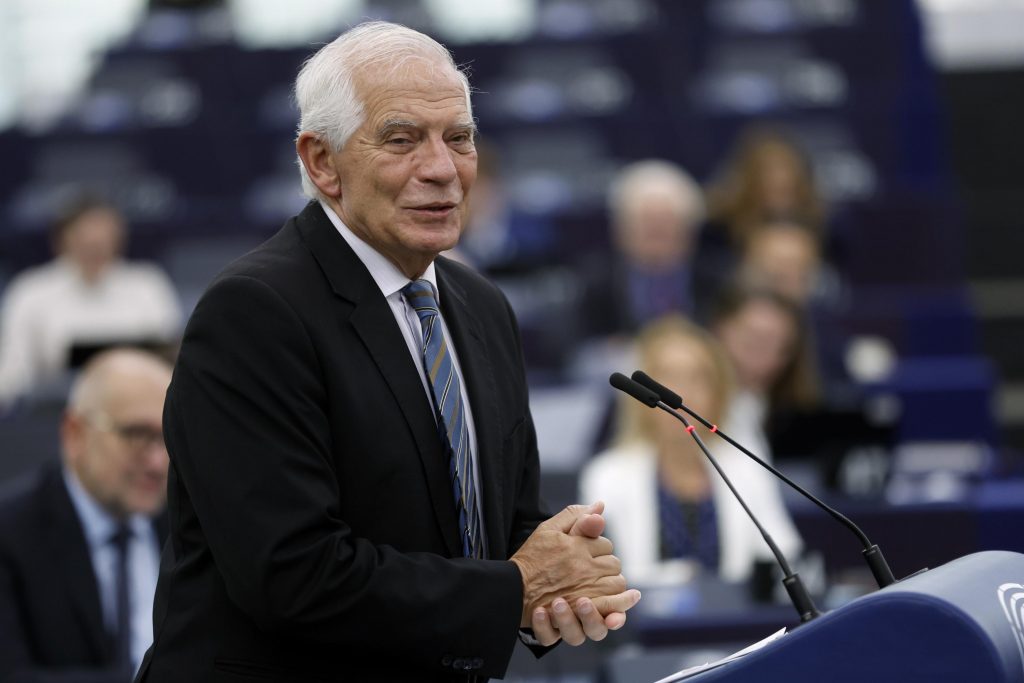 BRUSSELS (HPD) — The European Union is set to announce next week that it will establish a military training mission in Europe for thousands of Ukrainian soldiers and provide an additional 500 million euros to help buy weapons for the country, the report said. Friday diplomats and officials.

The goal is to train almost 15,000 Ukrainian soldiers in various EU countries, mostly in Poland and Germany, they added. The program ranges from regular training to specialized instruction, based on the needs of Ukraine. The EU expects the program to start operating in mid-November.

The bloc’s foreign ministers will back the plan on Monday at a meeting in Luxembourg. The officials and diplomats spoke on condition of anonymity because the plans have not been officially announced.

Several EU and NATO countries are already helping to train Ukraine’s armed forces on a bilateral basis, but diplomats said the new program would be more efficient and cost-effective — with a centralized command structure that would better respond to Ukrainian needs—as it is a collective effort.

NATO began training military trainers in Ukraine after Russia annexed the Crimean peninsula in 2014. The military alliance believes training trainers is the most effective way to help Ukraine’s armed forces, as it does not require the necessary troops on the battlefield leave the country.

During the meeting in Luxembourg, the ministers will also approve a sixth financial package, valued at 500 million euros from the European Peace Facility: a fund that is used to reimburse other member countries that provide weapons, ammunition and non-lethal military support to Ukraine.

That will bring about 3.1 billion euros to the total the EU has provided to Ukraine in security support. Individual countries are supplying additional amounts.

The decisions are to be announced nearly eight months after Russia launched its invasion of Ukraine. This week, the EU’s foreign relations commissioner, Josep Borrel, criticized the 27-nation bloc for taking too long to provide aid.

“We were discussing the Ukrainian training mission before the war. Before the war. For months, for months before the war”, insisted Borrell, who will chair the meeting on Monday, at a conference of EU ambassadors. “Then the war comes and people say, ‘We should have done it,’” he lamented.