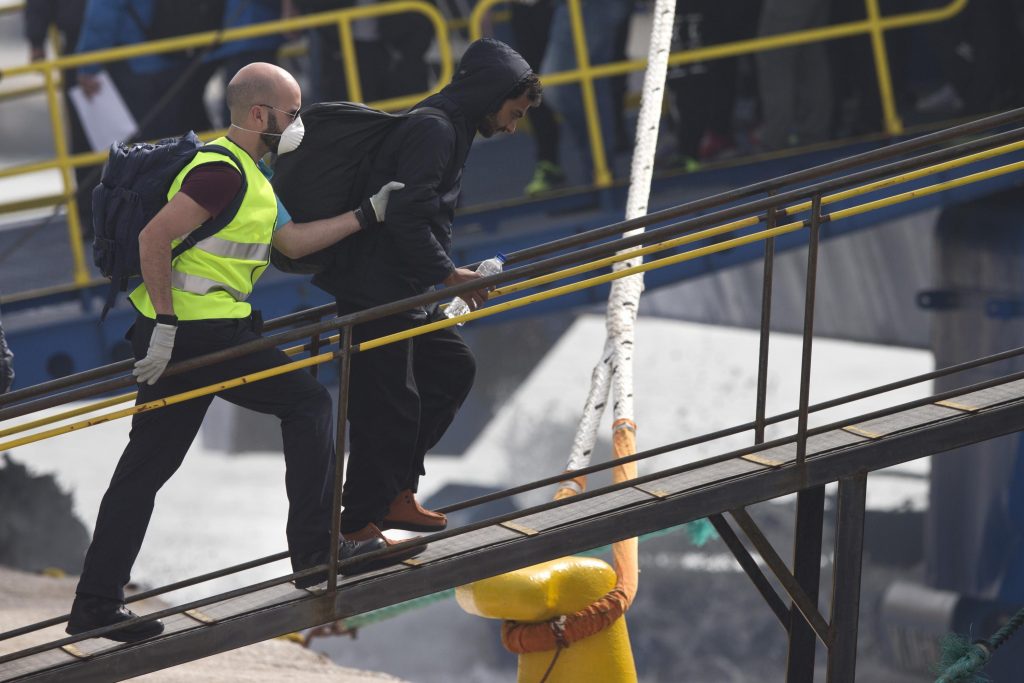 ATHENS (HPD) — A long-awaited report from the European Union’s anti-fraud watchdog into the alleged involvement of the border agency Frontex in the illegal expulsions of migrants from Greece to Turkey has concluded that agency employees covered up those incidents in which they violated ” fundamental rights” of people.

The 120-page OLAF report was published on Thursday by the German freedom of information portal FragDenStaat together with Der Spiegel and Lighthouse Reports.

Senior Frontex officials committed “serious misconduct and other wrongdoing” by covering up incidents, failing to investigate or handle them properly, the report says, but the names of those involved were withheld.

“In doing so, they hampered Frontex’s ability to fully fulfill its responsibilities, namely to ensure the protection and promotion of fundamental rights,” the report says.

The forcible removal of people across an international border without assessing their rights to seek asylum or other forms of protection violates both international and EU law.

OLAF investigators studied information from public sources, media reports, as well as documents from Frontex and the European Commission and interviews with 20 witnesses to investigate allegations of possible involvement and/or cover-up of illegal expulsions and allegations of misconduct or irregularities .

“OLAF concludes, based on the evidence gathered during the investigation, that the allegations have been proven,” the report says.

Frontex and the Greek authorities did not comment on the report.

Months ago, the executive director of Frontex, Fabrice Leggen, resigned following the OLAF report, concluded in February, as well as accusations in the press of the agency’s involvement in the expulsions. To date, the report has not been officially published.