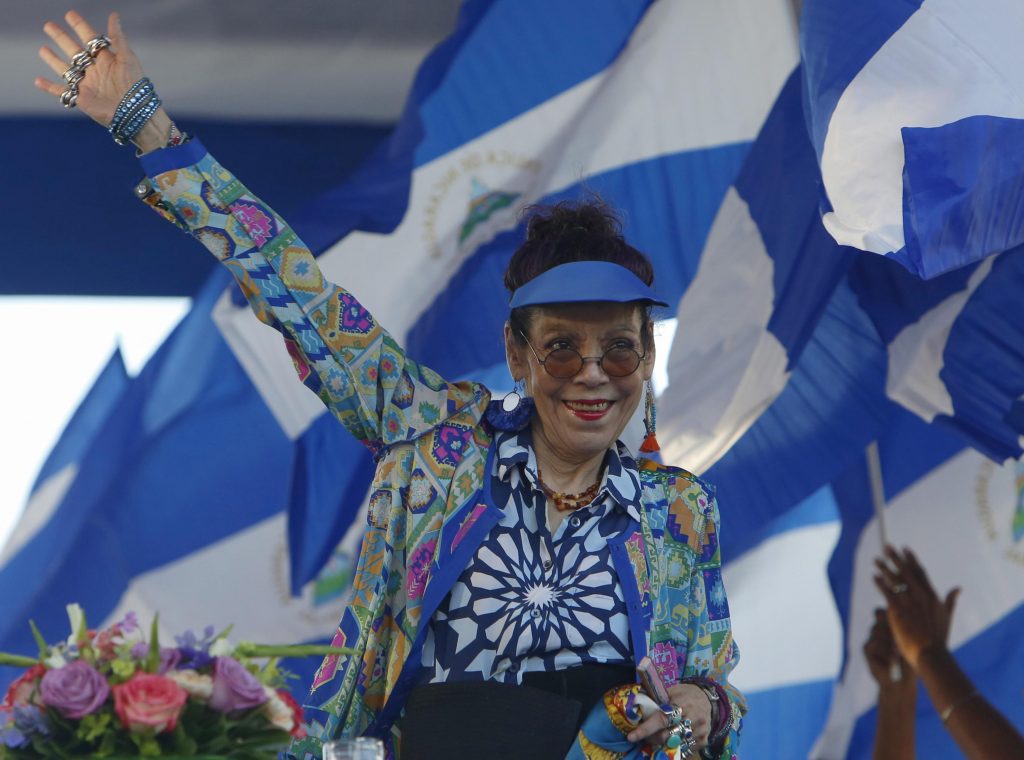 MEXICO CITY (HPD) — The Council of the European Union (EU) extended sanctions on 21 officials and three Nicaraguan government institutions, including Vice President and First Lady Rosario Murillo, for another year, it was reported Thursday.

In a statement, the EU indicated that the sanctions that will be in force until October 15, 2023 include “the freezing of assets” and the prohibition of EU citizens and companies to make funds available to them. Natural persons are also subject to a travel ban “which prevents them from entering or transiting through EU territories,” he explained.

The report highlighted that the measure comes after “the unjustified decision” of the Nicaraguan government to expel the EU ambassador, Bettina Muscheidt, from the country last month, and to cut relations with the Netherlands, as well as the reciprocal response of the EU of declare persona non grata the head of the Nicaraguan mission to the EU, Zoila Yanira Müller.

He indicated that the EU “reaffirms its continued commitment to the Nicaraguan people and to the defense of democracy, the rule of law and human rights” and reiterated that the current political crisis in Nicaragua “must be resolved through a true dialogue” between the government of Daniel Ortega and the opposition.

“The EU remains open to dialogue with Nicaragua, as long as it is carried out in a respectful manner,” the statement said. He warned, however, that the European bloc “may decide to renew the sanctions and modify the list of entities or persons affected depending on the evolution of the country” from now on.

The EU imposed for the first time, in May 2020, sanctions on entities “responsible for serious violations or abuses of human rights, or the repression of civil society and democratic opposition” and six officials “whose political actions or activities undermine democracy and the rule of law” in Nicaragua.

In addition to Rosario Murillo, her children Camila, Laureano and Juan Carlos Ortega Murillo are also sanctioned by the EU; the president of the Parliament, Gustavo Porras; the head of the Supreme Court of Justice, Alba Luz Ramos; Attorney General Ana Julia Guido; the presidential adviser Bayardo Arce and the chiefs of the Police, Fidel Domínguez and Juan Valle Valle.

At the end of September, the Nicaraguan Foreign Ministry expelled Ambassador Muscheidt, days after the 27-nation bloc demanded that Ortega release more than 200 imprisoned opponents.

The EU had also asked Ortega to allow the entry of international human rights organizations and to “return the sovereignty of Nicaragua to the Nicaraguan people, to its legitimate owners, and to restore genuine democracy.”

The Ortega government never confirmed the expulsion of the ambassador, who had presented her credentials a year earlier. The EU did, and announced that it would prepare a response to that decision.

The EU ambassador was the second European diplomat expelled from Nicaragua by the Ortega government this year. In March, the Vatican reported the expulsion of the apostolic nuncio Waldemar Sommertag, who had taken steps to intercede for the freedom of prisoners of conscience.

Nicaragua has been experiencing a political crisis since April 2018, when a citizen rebellion was dissolved by gunfire by police and paramilitaries, which left 355 dead, more than 2,000 injured, 1,600 detained at different times and more than 100,000 exiled according to the Inter-American Commission on Human Rights (IACHR).