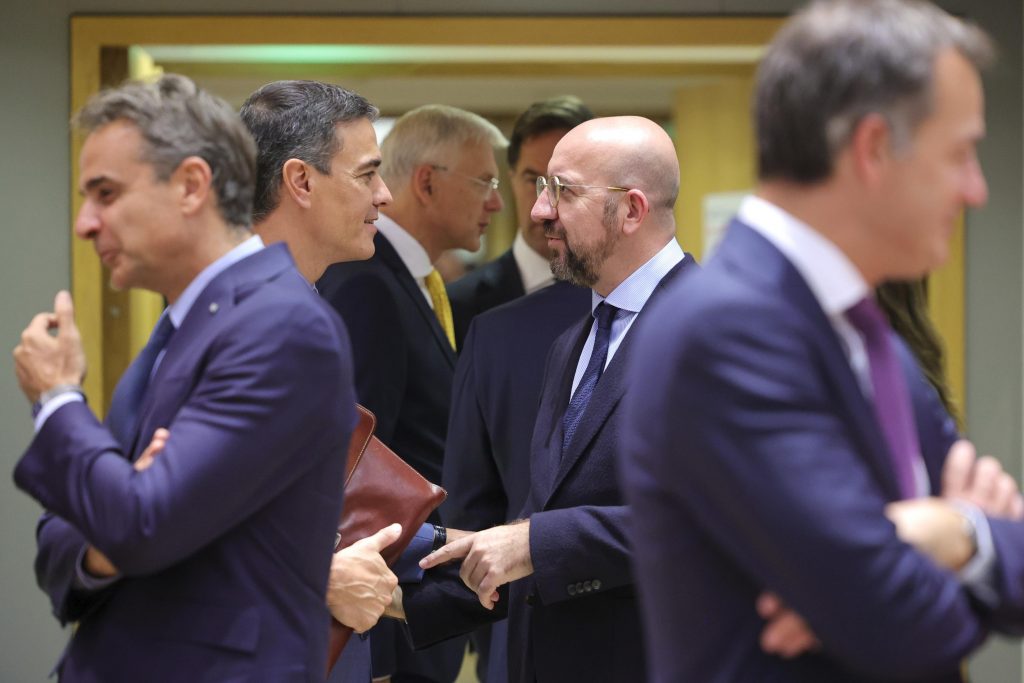 BRUSSELS (HPD) — European Union leaders meet Friday to take stock of their support for Ukraine after its president, Volodymyr Zelenskyy, warned that Russia is trying to spark an exodus of refugees by destroying the energy infrastructure of the devastated nation.

After almost eight months of war, Moscow has stepped up its attacks on power stations, hydraulic installations and other key infrastructure with drones and missiles. For its part, the EU faces the consequences of urgently stopping consuming Russian gas and oil while the armed conflict raises the price of fuel and the markets are nervous.

In a video conference address to European leaders meeting in Brussels on Thursday, Zelenskyy said that “Russian cruise missile and Iranian combat drone attacks have destroyed more than a third of our energy infrastructure. Because of this, unfortunately we are no longer able to export electricity to help them maintain stability.”

“Russia also provokes a new wave of migration of Ukrainians to EU countries” by attacking sources of electricity and heating “so that as many Ukrainians as possible go to their countries,” the president added.

For her part, the president of the European Commission, Ursula von der Leyen, has described the Russian attacks against civilian infrastructure as “war crimes” and “acts of pure terror”.

More than 4.3 million Ukrainian citizens have registered for temporary protection in the EU, of which almost a third are in Poland.

In a draft of the final declaration of the community summit, the leaders affirm that “we will be with Ukraine as long as necessary” with continued political, military and economic support.

The 27-nation bloc “will strengthen its humanitarian response, especially for winter preparations,” added the text, seen by The Associated Press and expected to be adopted later on Friday, although its wording could vary.

The EU is deeply divided over the handling of migrants arriving without authorization, sparking one of the biggest political crises in its history. But many of its partners, especially in central and eastern Europe, have put aside their objections to taking in refugees from the Ukrainian war.