Skip to content
Home » Elections in the US, a test among electoral lies 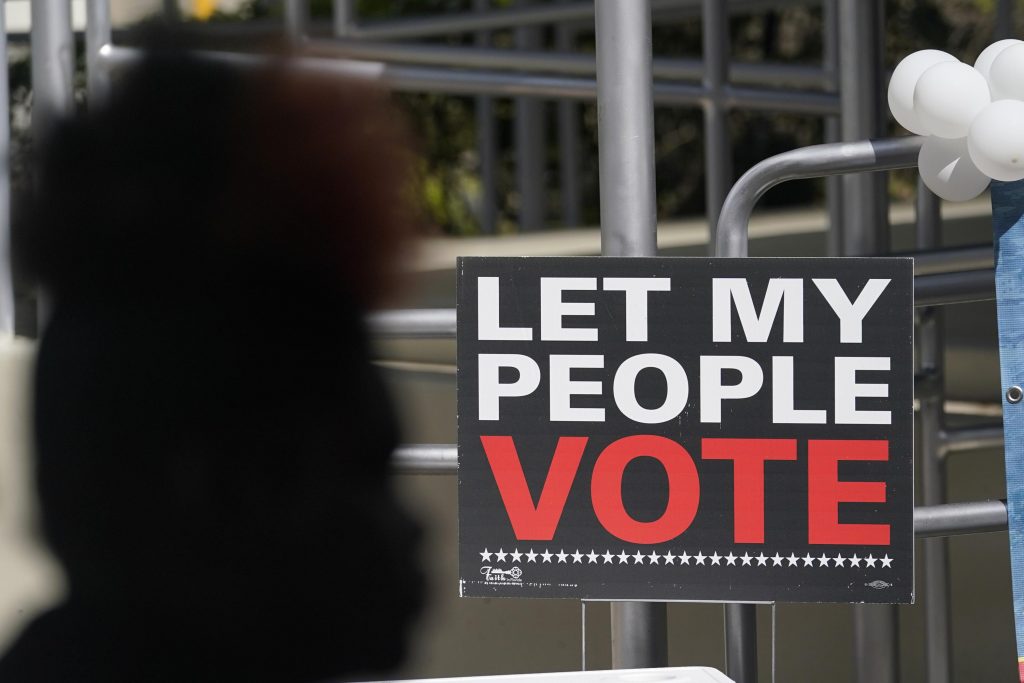 The last day to vote in the US midterm elections began on Tuesday, after two years of false claims and conspiracy theories about how votes are cast and counted have focused attention on the voting process.

Voters began lining up before dawn in East Coast states like New York and Virginia.

Since the last presidential election two years ago, former President Donald Trump and his allies have succeeded in sowing distrust in the way votes are cast and counted by fomenting false claims of widespread fraud. The campaign has undermined public confidence in elections and democracy, leading to restrictions on mail-in voting and new ID requirements in some Republican-ruled states, and prompting death threats against election officials.

Election day was marked this year by fear of new incidents of harassment and the possibility of interference in voting centers and electoral offices where the votes will be counted. Electoral authorities said they are prepared to deal with any problems that arise and urged voters not to be deterred.

“This transparent, bipartisan process run by election professionals across the country will be secure, accurate and have integrity,” Matt Masterson, who was a senior election security official in the Trump administration, said at a news conference organized by The Aspen Institute. “The best answer for all of us is to go out and participate in it.”

No major problems were reported during the early voting process. Even before the pandemic, many states had begun to abandon the single-day model to allow people to vote in person days or weeks in advance or to mail in their ballots.

Almost 44.5 million people across the country had already voted before Tuesday.

The political tendency seemed to be an increasingly determining factor in the way of voting. Republican skepticism toward mail-in voting has persisted under attacks from Trump and his allies. Some Republican campaigners and candidates have gone so far as to urge voters who received mail-in ballots to wait until the last minute to mail them, arguing that this would somehow prevent Democrats from stealing the election.

There is no evidence of widespread fraud or tampering with voting machines in 2020. Extensive reviews in states where Trump has filed challenges all confirmed Biden’s victory, and dozens of judges, including those Trump appointed, dismissed numerous lawsuits making baseless accusations. of infractions.

Electoral authorities have defended the system. They point to the many controls that are in place to ensure that only one vote per person is counted, the checks that ensure machines count ballots accurately, and the efforts to identify any attempts at fraud.

But the false claims have become widespread among Republicans, fueled by conspiracy theorists on social media and at rallies across the country. An October poll by the Associated Press-NORC Center for Public Affairs Research found that 45% of Republicans had little or no confidence that votes in midterm elections would be counted accurately. And a majority of Republicans, 58%, continue to believe that the president, Joe Biden, was not legitimately elected, although the percentage is down slightly from 66% in July 2021.

Electoral authorities admit that electronic voting systems can be vulnerable and have taken many steps to increase security since the 2016 vote, when Russia was found to have searched for vulnerabilities. Congress has sent nearly $900 million to states to increase their cyber defenses, including hiring more IT staff, replacing outdated systems and adding regular security tests.

In addition, most voters use hand-marked ballots or use machines that produce a paper record of their vote. These documents are used after the election to check that the machines used to count votes are working properly.

Before the election, conservative and Republican groups recruited local poll watchers and poll workers. Motivated by lies about the 2020 election, some people even stood near voting drop boxes in Arizona with weapons visible, bulletproof gear, and their faces hidden by masks. Just last week, a judge ordered those groups to stay at least 250 feet (76 meters).

Since the 2020 elections, false accusations have sparked a wave of harassment and death threats against election workers and officials. That has caused some to leave the profession, a loss of experience that has compounded the challenges of holding an election without incident this year.

Electoral authorities have promised that they will not hesitate to contact security forces to protect voters and polling staff. A coalition of voting rights groups has volunteers available to assist any voter having trouble on Election Day at 866-OUR-VOTE.

The results would begin to arrive with the closing of the polls. Differences in rules and deadlines for delivering ballots would cause some states to report data faster than others. Election officials in Pennsylvania, Wisconsin and Michigan can’t start processing mail-in ballots until Election Day or a few days before, which will add additional work to local officials and could lead to delays. Other states, like Florida and Georgia, give their election officials weeks to prepare mail-in ballots for counting, speeding up the process.

“Results, as always, are going to take a while because Election Day is not results day,” said Sylvia Albert, director of voting for the nonpartisan voting rights group Common Cause.