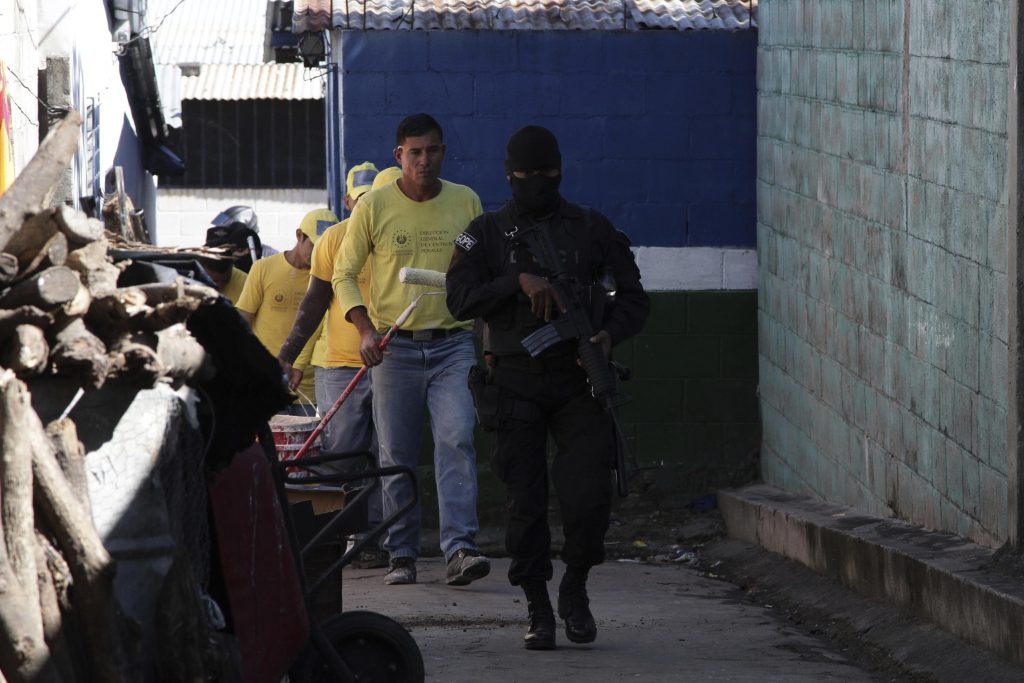 SAN SALVADOR (HPD) — Salvadoran President Nayib Bukele announced Wednesday that he will impose military and police sieges in large cities to intensify the persecution of gang members, whom the authorities hold responsible for most of the crimes committed in the country.

“Now comes phase five, which is the extraction part of the criminals that still remain in the communities,” said the president during an act in front of some 14,000 soldiers who will join the task of persecuting the gangs.

Bukele did not provide any details about when the controls will begin to be applied or in which cities the entrances and exits will be registered, alleging that this would alert gang members.

But he explained that they will resume the experience of the military siege set up in the municipality of Comasagua, south of San Salvador, to capture those responsible for the murder of a peasant in the area. “It was successful,” defended the president, despite criticism of his heavy-handed policy from organizations that denounce human rights violations.

In the operation deployed in the first week of October, more than 2,000 soldiers and some 500 special forces police took control of the access road to Comasagua, about 29 kilometers from the capital. People entering and leaving the fence were subjected to a rigorous search.

They also used drones to search for the gang members who had taken refuge in the coffee plantations in the area. In two days they captured some 50 gang members, according to the official version, including the alleged murderers of the farmer.

Bukele assured that all the entrances and exits of the cities will be closed to avoid escapes and that the measure is also aimed at those who are in charge of “supplying them with food, weapons and everything they use to intimidate the population.”

On March 27, when 62 homicides were registered in one day, Congress approved the implementation of a state of emergency, which was renewed for the eighth time 10 days ago. and that limits the freedom of association, suspends the right of people to be duly informed of their rights and the reason for arrest, as well as the assistance of a lawyer.

However, seven human rights organizations have denounced repeated irregularities. They have documented more than 4,000 cases of human rights violations -arbitrary arrests, harassment, threats and even injuries- during the first six months of the state of emergency and the death of 80 people in state custody, according to a report presented in october.

According to government figures, so far under the state of emergency, 58,098 gang members or gang collaborators have been captured, including 843 leaders of cliques or groups from the Mara Salvatrucha (MS-13) and Barrio 18. In According to the executive, according to his records, there is evidence of 76,600 gang members and around 26,000 remain to be captured.

The president assured that in eight months they have achieved great results and “El Salvador is on its way to being the safest country in the entire continent.”

So far in November, 14 people have been murdered, among them three gang members killed in an exchange of fire with the authorities, and they add up to 13 days without homicides.

The so-called maras or gangs, which have a presence in populous neighborhoods and communities in the country, are involved in drug trafficking and organized crime. They also extort merchants and transport companies, and kill those who refuse to pay, according to authorities.

In August 2015, the Supreme Court of Justice declared the Mara Salvatrucha and Barrio 18 gangs terrorist groups. In its ruling, it declared the leaders, members and collaborators of these groups terrorists.