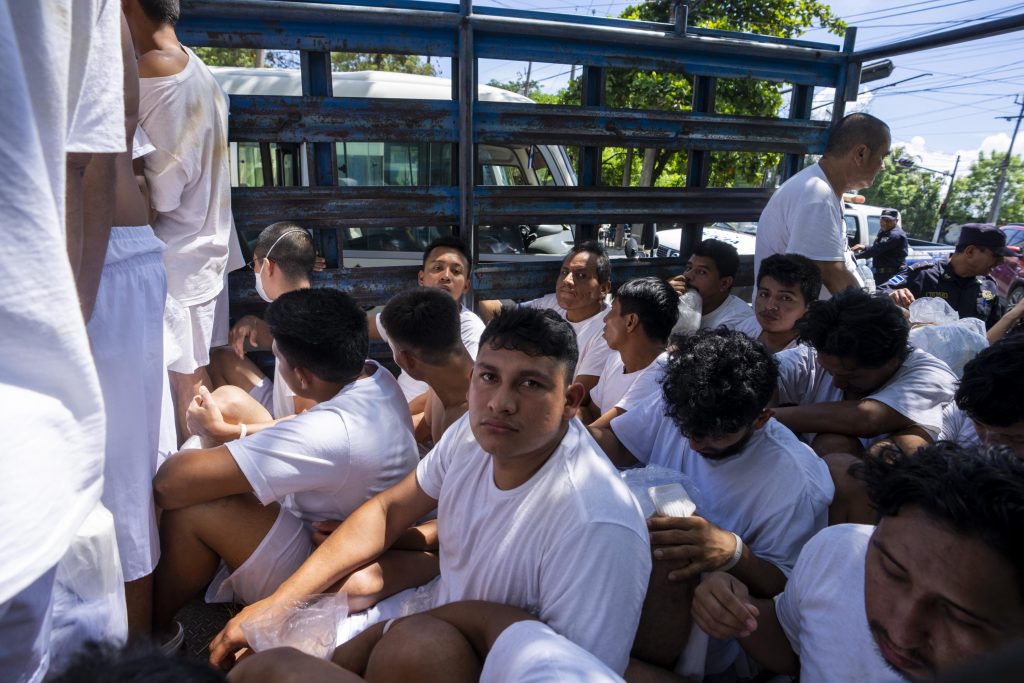 SAN SALVADOR (HPD) — At the request of Salvadoran President Nayib Bukele, Congress on Friday approved a seventh extension of the state of emergency to continue fighting gangs, despite criticism from human rights organizations that have denounced arbitrary arrests and violations of due process during the application of that regime.

“This is nothing more than capturing the needs or the requirement that millions of Salvadorans make of us,” said Security Minister Gustavo Villatoro, justifying the new extension.

He stressed that the measure has allowed the capture of more than 55,000 gang members, as well as weapons, vehicles, drugs, cell phones and 1.2 million dollars.

The so-called maras or gangs, which have an estimated 70,000 members, have a presence in populous neighborhoods and communities in the country and are involved in drug trafficking and organized crime. They also extort merchants and transportation companies, and kill those who refuse to pay, according to authorities.

The new extension was approved with the votes of 67 of the 84 deputies of the unicameral Congress. Fourteen opposition deputies voted against, and three did not attend.

“We cannot go back to more than 600 murders per month. Many women were widowed by crime. We do not want to be cataloged as the most violent country in the world,” said deputy Reynaldo Carballo during the parliamentary debate.

For his part, the vice president of Congress, Guillermo Gallegos, stressed that, with the decision to combat these criminal groups, “we have ceased to be the country identified by the gangs. We are making the right decisions.”

After 62 homicides were reported on March 26, a level of crime that had not been seen in El Salvador for a long time, Congress approved the state of exception that limits freedom of association and suspends a person’s right to be duly informed of their rights and reasons for arrest, as well as the assistance of a lawyer.

In addition, it extends the term of preventive detention from 72 hours to 15 days and allows the authorities to seize the correspondence and cell phones of those they consider suspicious.

The exception regime was extended for the last time on September 14 and expires on October 18, and the authorities announced that they will continue to request further extensions until the last gang member is removed from the streets.

According to the Constitution, the period of suspension of constitutional guarantees should not exceed 30 days. Once this period has elapsed, it may be extended, for the same period and by means of a new decree, in the event that the circumstances that motivated it continue. Otherwise, suspended warranties will be fully reinstated.

In March, the Salvadoran Congress also approved some reforms to the Penal Code to make it a crime to be part of a gang, which can be punished with a sentence of 20 to 40 years in prison. Ringleaders can receive sentences of 40 to 45 years.

In crimes related to organized crime, which includes gangs, 20 years in prison are applied to adolescents over 16 years of age and up to 10 years for those over 12.

However, human rights organizations have denounced repeated irregularities. The Cristosal organization reported that in six months of the emergency regime, they registered 2,775 complaints of arbitrary detentions and 80 deaths while in state custody. Cristosal also warned that the criminal reforms promoted by the government seek to have a permanent exception regime.

Villatoro confirmed to journalists that 850 people captured during the emergency regime have already been released since the measure was approved on March 27.