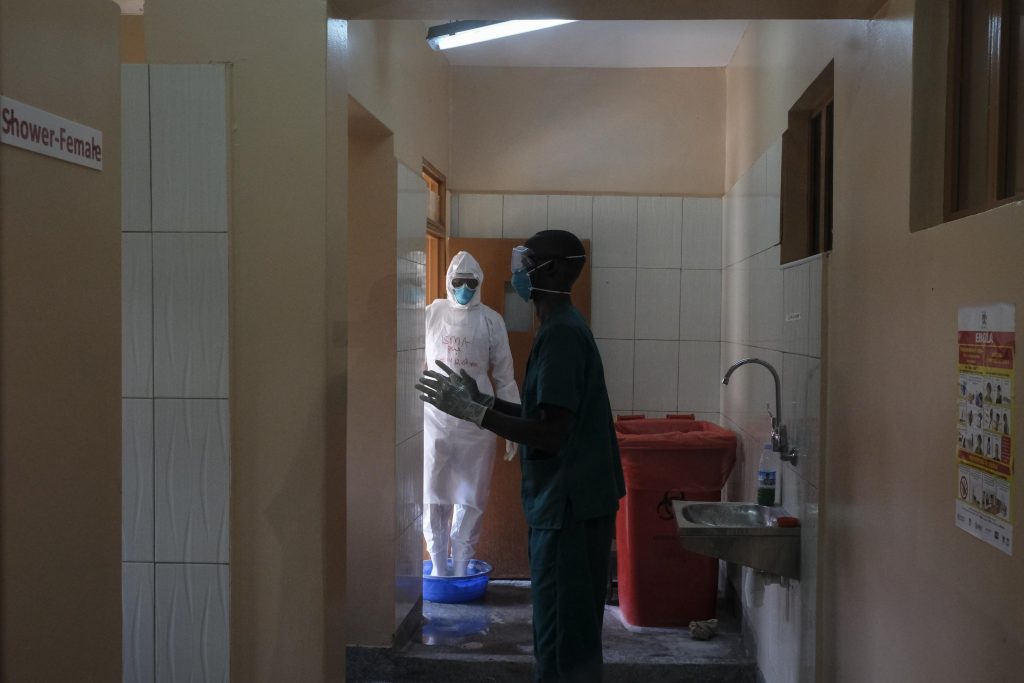 KAMPALA, Uganda (HPD) — The Ebola outbreak in Uganda is “rapidly evolving” a month after the disease was first reported in the East African country, a senior World Health Organization official warned Thursday, describing a precarious situation for health workers.

“The Ugandan Ministry of Health has shown remarkable resilience and effectiveness,” Dr. Matshidiso Moeti, regional director of the UN health agency for Africa, told reporters. The Ugandan government is “constantly adjusting a response to what is a challenging situation,” he added.

Despite the progress of the outbreak, “a better understanding of the chains of transmission is helping those on the front lines to respond more effectively,” he said.

Uganda declared the Ebola outbreak on September 20, several days after the contagious disease began to spread in a rural farming community. Since then, Ebola has infected 64 people and killed 24, although official figures do not include people who likely died of Ebola before the outbreak was confirmed.

At least three of the confirmed patients traveled from the outbreak zone in central Uganda to the capital Kampala, some 150 kilometers (93 miles) away, according to Moeti. Fears that Ebola could spread far from the epicenter of the outbreak prompted authorities to impose lockdowns, including overnight curfews, in two of the five districts that reported cases.

“The numbers we are seeing represent a risk of spread within the country and its neighbors,” Dr. Ahmed Ogwell, acting director of the Africa Centers for Disease Control and Prevention, warned in a separate briefing on Thursday.