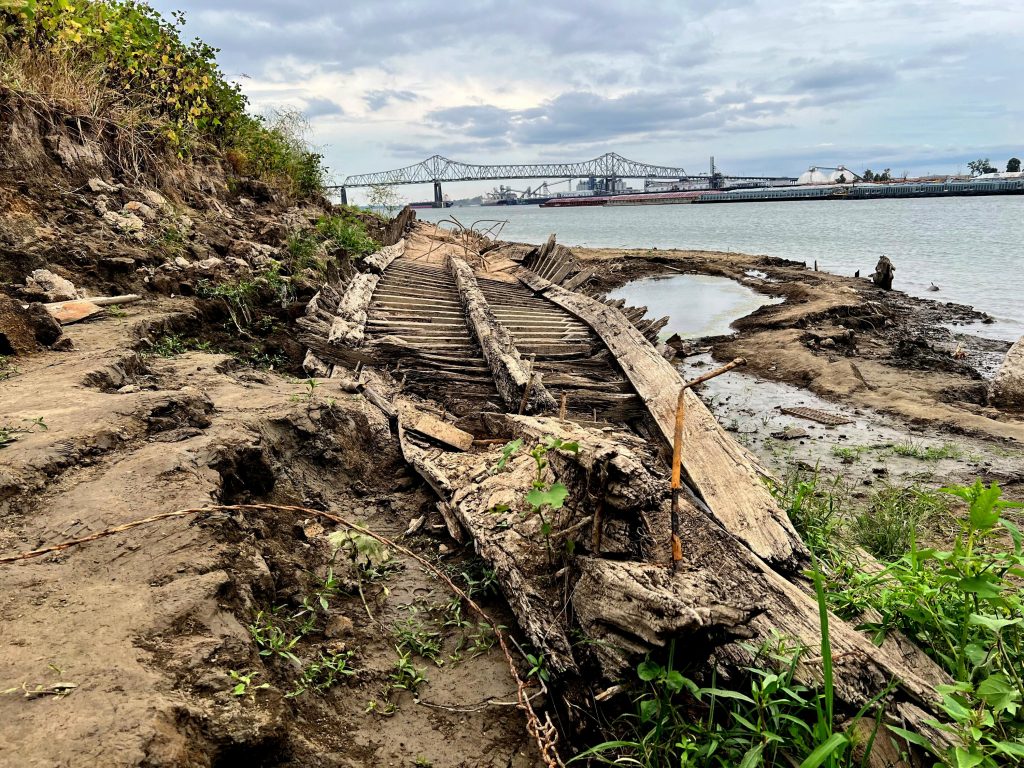 BATON ROUGE, La. (HPD) — A shipwreck has been discovered on one of the banks of the Mississippi River in Baton Rouge, Louisiana, after a drop in the water level that threatens to reach historic lows in some zones.

The boat, which archaeologists believe to be a ferry that sank in the late 19th or early 20th century, was discovered by a Baton Rouge resident walking along the riverbank this month.

The find is the latest to be uncovered due to low water levels due to drought. Over the summer, the receding waters of Lake Mead National Recreation Area revealed various skeletal remains, countless stuffed fish, a graveyard of forgotten boats and even a sunken World War II-era ship that once plumbed the reservoir.

“Eventually the river will come back up and (the ship) will be submerged again,” said Chip McGimsey, a Louisiana state archaeologist who has been analyzing the wreck for the past two weeks. “It’s part of the reason a lot of effort is being put into documenting it, because it might not be there next time.”

McGimsey thinks the ship could be the Brookhill Ferry, which probably carried people and horse-drawn carriages from one side of the river to the other, before bridges spanned the Mississippi. Newspaper records indicate that the ship sank in 1915 during a major storm.

But this is not the first time that low water levels have exposed the ship. McGimsey said that in the 1990s small parts of the vessel were exposed.

“At that time the ship was completely muddy and there was mud all around it, so you could only see the tips of the ends, so (the archaeologists) didn’t really see much else. They had to remove a lot of earth just to be able to open small spaces that allowed them to see some pieces,” said McGimsey.

Today a third of the 95-foot (29-meter) vessel can be seen on the riverbank near downtown Baton Rouge.