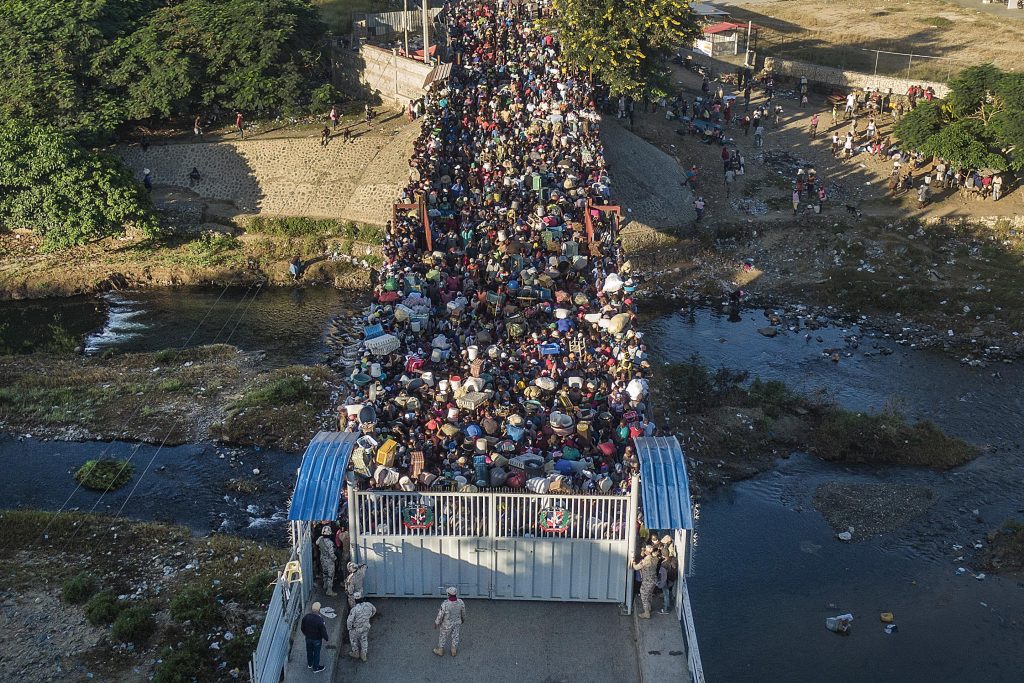 HAVANA (HPD) — As Haiti is rapidly sinking into chaos, its neighbor, the Dominican Republic, has responded with a crackdown on migrants and an increased military presence, which the government says will “guarantee the security border”.

But some fear that these actions will only deepen a long-standing xenophobia against Haitians and hurt the economies of both nations.

If international forces are sent in response to the Haitian government’s call to help fight the gangs, “we would close and block the border. It is very dangerous for Dominican integrity to receive asylum here in the country,” Abinader said at a press conference.

Dominican authorities also announced that they would weigh the possibility of imposing stricter immigration controls on the border with Haiti in the future.

Tensions are nothing new between the two nations, which share more than 380 kilometers (240 miles) of border on the island of Hispaniola.

The crisis in Haiti deepened with the assassination of President Jovenel Moïse in July 2021, and the gangs have become more powerful as they confront a weakened government. That has unleashed a huge wave of migrants, and the Dominican Republic has become increasingly strict with its immigration and border policies.

One of his most drastic measures has been the beginning of the construction of a wall along the border.

Immigration activists such as William Charpantier Blanco, director of the National Roundtable for Migration and Refugees in the capital Santo Domingo, said anti-immigrant groups have become more influential under the new measures.

“The migratory situation in the Dominican Republic was never good, but in the last two years it has gotten worse,” he declared. “Because in the midst of the political and economic crisis in Haiti, the Dominican government has applied massive deportations.”

Charpantier Blanco also noted that most migrants used to be working-class Haitians, but now his organization has registered a growing number of middle- and upper-class people seeking to leave the country.

One of Haiti’s most powerful gangs, as well as anti-government protesters, have kept a siege on fuel supplies in Port-au-Prince, causing shortages not only of gasoline, but of water and other essentials. Abinader has previously referred to the crisis in Haiti as “a low-intensity civil war.”

As a result, the United Nations Security Council is weighing a request from the Haitian government to send foreign forces to fight the gangs, or at least ease the blockades.

The chaos has heightened fears among many Dominicans that gang violence could spill over into their country.

Paterno Valenzuela, a 56-year-old farmer from the border town of Elías Piña, says that although he has not seen an increase in violence in the region, “I am prepared because this crisis in Haiti is strong.”

Valenzuela said he has seen large groups of migrants climbing the mountains to leave Haiti, and expressed concern about the increase in smuggling of products such as gasoline across the border. He added that he would be in favor of foreign intervention if the situation comes to that.

However, the Dominican Republic could suffer heavy losses if it were to close its border.

The Valenzuela community is one of many border economies that is closely intertwined with the neighboring country and relies on Haitian shoppers for much of its income.

“All those towns move with the Haitian market,” he assured.

Meanwhile, Haitian migrants like Charlie, who declined to give his last name for fear of reprisals, continue to live in the shadows. Like Charpantier Blanco and other activists, he too worries that the situation will only get worse.

Charlie, 20, has lived in the Dominican Republic for most of his life and works in a bakery in Santo Domingo. He has no childhood memories of him in Haiti, but earlier this year he was one of thousands of Haitian migrants deported by the Dominican government.

Like many of them, he returned to the Dominican Republic with the help of a friend.

“I didn’t know anyone there,” he said.