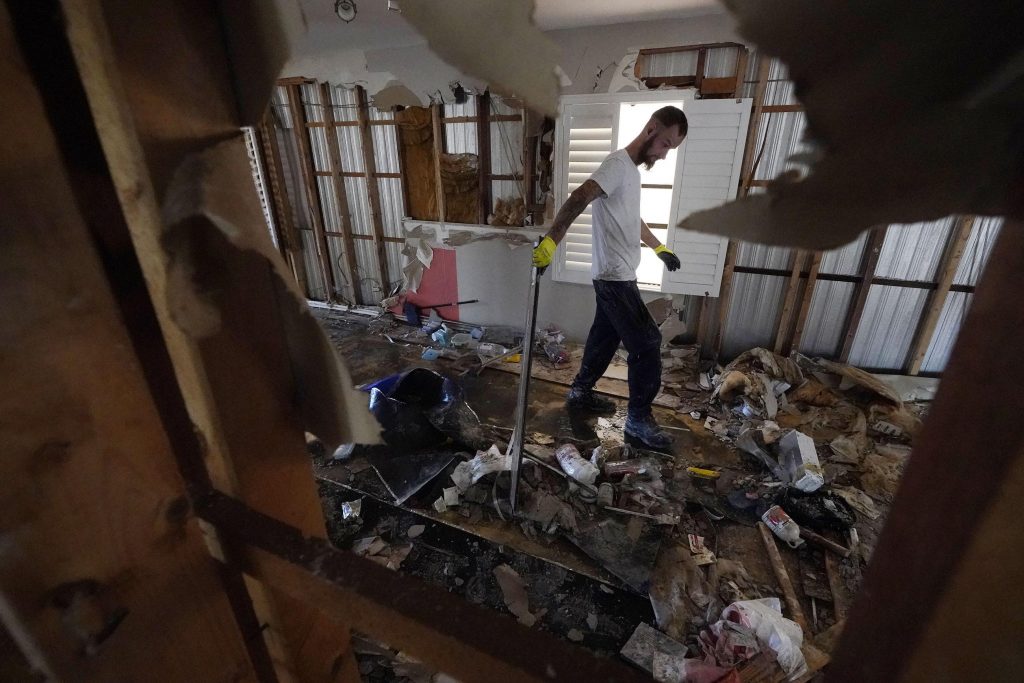 TALLAHASSEE, Fla. (HPD) — Rotting fish and trash litter the streets of Sanibel Island. On dry land, rubble from destroyed houses is piled up over a canal. Huge shrimp boats lie amid the remains of an RV camp.

“Pretend it’s a Christmas sphere. Pick her up and shake her. That’s what happened,” said Fred Szott.

For the past three days, he and his wife, Joyce, have traveled to their destroyed Fort Myers mobile home to clean up after Hurricane Ian hit Florida’s west coast.

As for emotional turbulence, “hold it, or lose it.”

The storm-related death toll rose to at least 101 in the eight days since the cyclone made landfall in southwest Florida, where 92 deaths have been recorded, according to reports from the state Medical Examiners Commission. In addition, five deaths have been reported in North Carolina, three in Cuba and one in Virginia.

Ian is the second deadliest storm to hit the continental United States so far this century, behind only Hurricane Katrina, which claimed about 1,800 lives in 2005. The deadliest hurricane to reach US shores was the Great Galveston Hurricane of 1900, which caused about 8,000 deaths.

Just offshore, residents of Florida’s devastated barrier islands are also returning to assess the damage to their homes and businesses, even though access remains limited in some areas. Pamela Brislin came by boat to see what she could rescue herself.

Brislin stayed home through the hurricane, but what happened afterward haunts him. When he went to check on her neighbor, he found her crying. Her husband had passed away and her body was left lying on a garden table until help could arrive. Another neighbor’s house caught fire. The flames were so great that they forced Breslin to do what the hurricane couldn’t: flee with her husband and a neighbor’s dog.

A Category 4 storm with sustained winds of 150 mph (240 km/h), Ian unleashed torrential rains and caused extensive flooding and damage. The deluge turned the streets into rivers. Canals overflowed into neighborhoods, at some points by more than 12 feet (3.6 meters), dumping boats into yards and driveways. The beaches disappeared and the swells moved the coast inland.

Authorities estimate that the storm caused billions of dollars in damage.

The causeway leading to Sanibel Island may not be passable until the end of the month. Local authorities had ordered a full curfew after the storm passed to allow search and rescue teams to carry out their duties. That meant residents who evacuated the island were technically barred from returning.

But the city of about 7,000 people began allowing residents to return between 7 a.m. and 7 p.m. on Wednesday. During a Facebook Live broadcast, City Manager Dana Souza told the public that he wishes the city had the resources to provide transportation, but for now, residents would have to organize their visits in private boats. .

Pine Island is closer to the mainland than Sanibel, and temporary repairs to its causeway were completed Wednesday.

But the island was also hit hard by the storm.

Cindy Bickford’s house was still standing. Most of the damage was caused by flooding, which left a thick layer of mud on its floors. She is hopeful that she can salvage a good part of herself.

“We’re going to tear the house down so we can live in it,” said Bickford, who was wearing a T-shirt that read, “Relax. refresh yourself Renew yourself”.

“We are not concerned about our things, but the community. Pine Island is very tight-knit,” said Bickford, who visited his home for the first time on Thursday.

During a press conference from the Sarasota County town of Nokomis, Florida Governor Ron DeSantis praised the restoration of running water in the storm-affected area and efforts to restore power. Around 185,000 customers were still without power. More than 2.6 million were left without service throughout the entity at any given time due to the meteor.

DeSantis said rescuers have carried out about 2,500 missions, mostly on barrier islands off the state’s east coast, as well as inland areas that have seen severe flooding. Inspections have been carried out in more than 90,000 structures in search of survivors, he pointed out.

He said residents of hurricane-ravaged areas have shown great strength in recent weeks.

President Joe Biden toured some of the affected areas on Wednesday, flying over the area in a helicopter and then taking a walking tour with DeSantis. The Democratic president and the Republican governor promised to put aside their political rivalries to help rebuild homes, businesses and lives. During a meeting with local officials, Biden stressed that the work could take years.

This dispatch has been updated to correct the Florida death toll to 92, not 98.