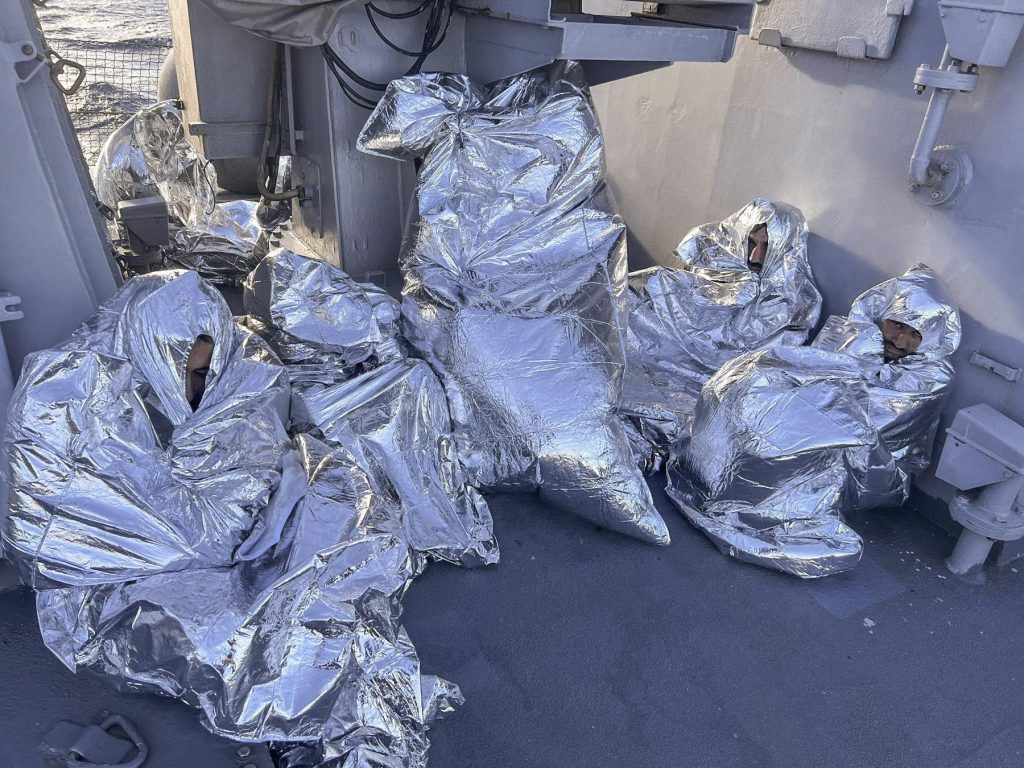 ATHENS (HPD) — Rescuers searching for dozens of people missing after a migrant boat capsized off Greece on Wednesday found mostly bodies at sea, with just one more survivor — the 12th so far.

A total of 12 people, all men, have been rescued and taken to the island of Evia, east of the Greek capital. Eleven of them — six Egyptians, two Afghans and two Iranians — were picked up on Tuesday, while a helicopter spotted the 12th at sea on Wednesday.

The nine initial survivors, who were rescued on an uninhabited islet shortly after the ship sank early Tuesday, told authorities they had set sail from Izmir, Turkey, with a total of 68 people on board.

The ship struggled in very rough seas and eventually capsized and sank in the notoriously treacherous Kafireas Strait between the islands of Evia and Andros.

The tragedy was the latest in a series of migrant shipwrecks in Greek waters that have left dozens of people missing or dead.

Also underway for the third consecutive day was a separate search for seven people missing after the capsizing of a raft reportedly carrying 12 people on board that capsized on Monday in the eastern Aegean Sea off the island of Samos, near off the coast of Turkey.

Four people, all Palestinians according to the coastguard, were rescued on Monday and one body was recovered on Tuesday.

Greek Naval Affairs Minister Giannis Plakiotakis, who is in charge of the Coast Guard, lambasted Turkey on Tuesday for allowing “ruthless gangs of smugglers to send people to their deaths while Greece saves as many as possible.”

Every year thousands of people try to reach the European Union through Greece. Most of them are fleeing poverty and conflict in Africa, Asia and the Middle East.

Most make the short but dangerous crossing from Turkey to the Greek islands on inflatable rafts. Others try to avoid Greece and try to reach Italy.