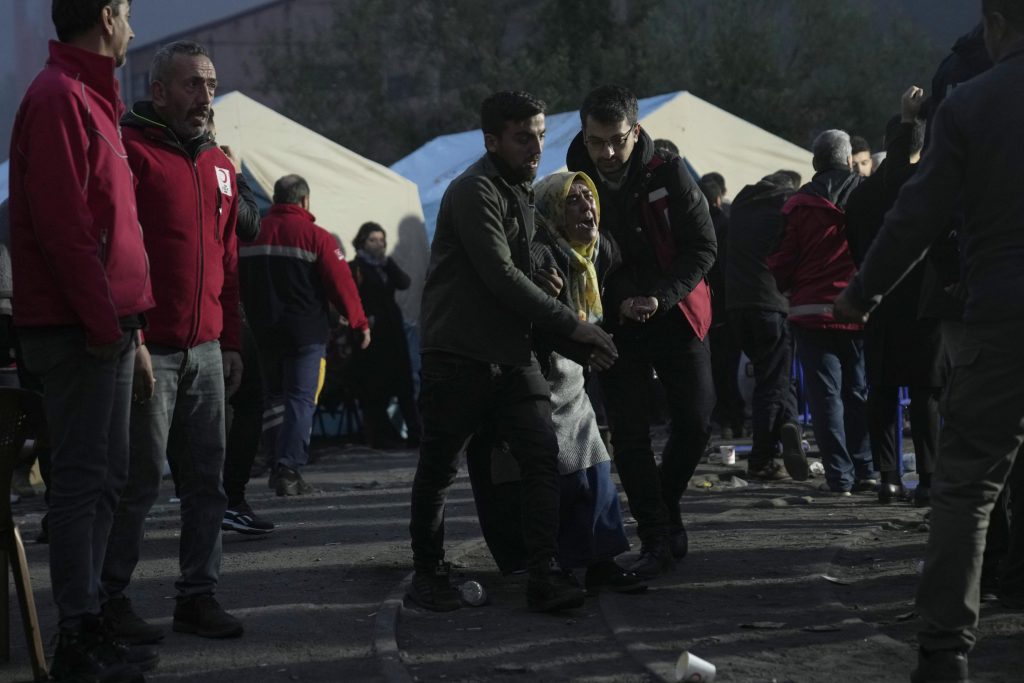 AMASRA, Turkey (HPD) — Funeral services for miners killed in an explosion at a coal mine in northern Turkey began Saturday as authorities raised the death toll to at least 41 people. There were a total of 110 miners were working at the time of the explosion on Friday night.

Desperate relatives of the still missing miners, bundled up to withstand the freezing temperatures, waited all night for news outside the state-owned Turkish Hard Coal Enterprise’s (TTK) mine in Amasra, a town in Bartin province, in the Black Sea coast.

In some cases, their wait turned to devastation at noon on Saturday. Women wept at the funeral of miner Selcuk Ayvaz, whose coffin was draped in the red and white Turkish flag.

President Recep Tayyip Erdogan arrived at the scene, flanked by officials, miners and rescuers, promising to put an end to mining disasters.

“We do not want to see any deficiencies or unnecessary risks,” Erdogan declared, assuring that an investigation would reveal those responsible for the explosion.

Erdogan claimed that rescue teams had reached the body of a missing miner, confirming that a total of 41 were dead.

A total of 11 workers were injured and hospitalized, five of them in serious condition, while 58 people managed to get out of the mine on their own feet or were rescued unharmed.

The rescue efforts were about to conclude, explained the Minister of Energy, Fatih Donmez, who had previously stated that the fire registered in the gallery where more than 12 miners were trapped was still active. Work to isolate and cool the flames was continuing, he added.

A preliminary assessment said the explosion could have been caused by firedamp, a flammable gas often found in coal mines, Donmez said overnight. Three prosecutors were investigating the explosion.

A miner who works the day shift said that when he saw the news he quickly returned to the mine to help with the rescue. “We saw a horrible scene, it cannot be described, it is very sad,” said Celal Kara, 40. “They’re all my friends… they all had dreams,” added Kara, who has been working as a miner for 14 years, standing outside the shaft with soot on her face.

Ambulances were still waiting outside the mine, with rescue teams arriving, including from neighboring provinces, Turkey’s disaster management agency AFAD said. A plume of dark smoke rose from the entrance to the mine, which is surrounded by woods.