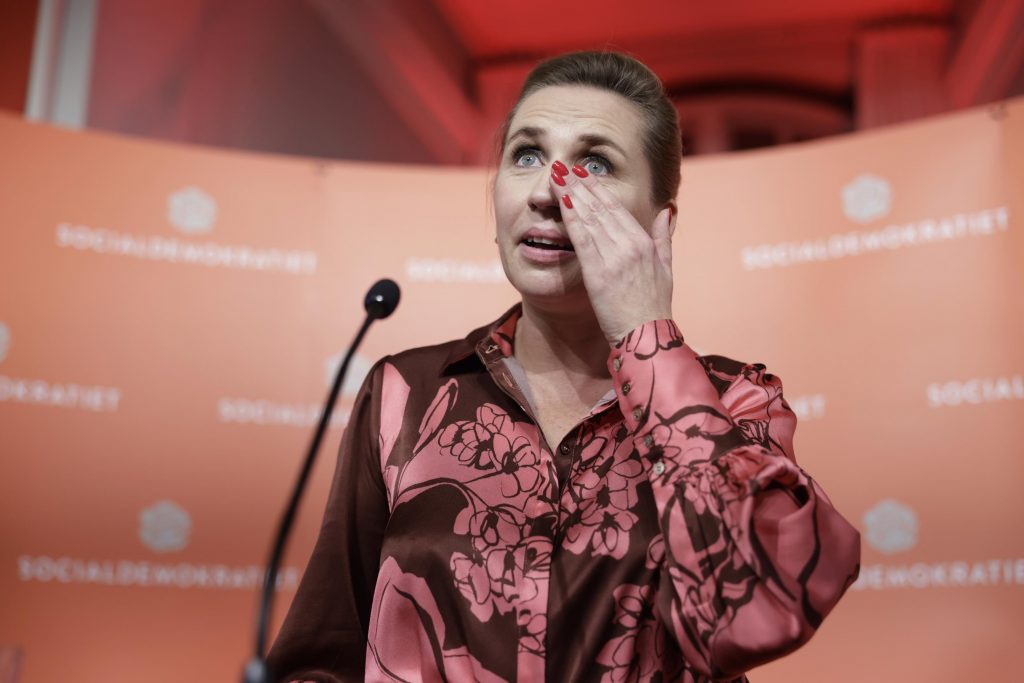 COPENHAGEN (HPD) — Despite winning the most votes in Denmark’s election, Prime Minister Mette Frederiksen resigned Wednesday along with her Social Democratic government to try to build a broader coalition across political divides.

Frederiksen made the announcement after a dramatic vote recount that gave the center-left bloc that has backed her since 2019 a majority in parliament by a single vote.

In theory, the 44-year-old Social Democrat leader could have stayed in power leading a minority government, but she said she would keep her election campaign promise and try to form a broad coalition together with centre-right parties.

“I feel happy, proud and grateful,” said Frederiksen. “These have been difficult years to be prime minister: first the pandemic and now inflation. There were many indications that a government would not win re-election.”

Frederiksen handed in his resignation on Wednesday to Queen Margaret, formally the head of state. She will continue as acting head of government until a new government is formed.

The call for elections last month was a consequence of the government’s decision to cull millions of mink as a measure to contain the pandemic. Images of the mink-filled pits have haunted Frederiksen since 2020 and caused cracks in the centre-left bloc.

On Tuesday, the Social Democrats won 28% of the vote, 50 of the 179 seats in Parliament. Exit polls and initial results had indicated that the center-left would not muster the 90 seats needed for a majority. They were missing a bench until the end of the count, when they got the missing one.

Center-right former Prime Minister Lars Løkke Rasmussen said he would support Frederiksen’s bid to form a new government, but not necessarily headed by her.

“I am certain that Denmark needs a new government,” he told supporters in Copenhagen. “Who will occupy the head of the table? We do not know”.

Election results in Greenland, a self-governing Danish territory with two seats in the legislative branch, confirmed on Wednesday, gave the center-left bloc a one-seat majority.