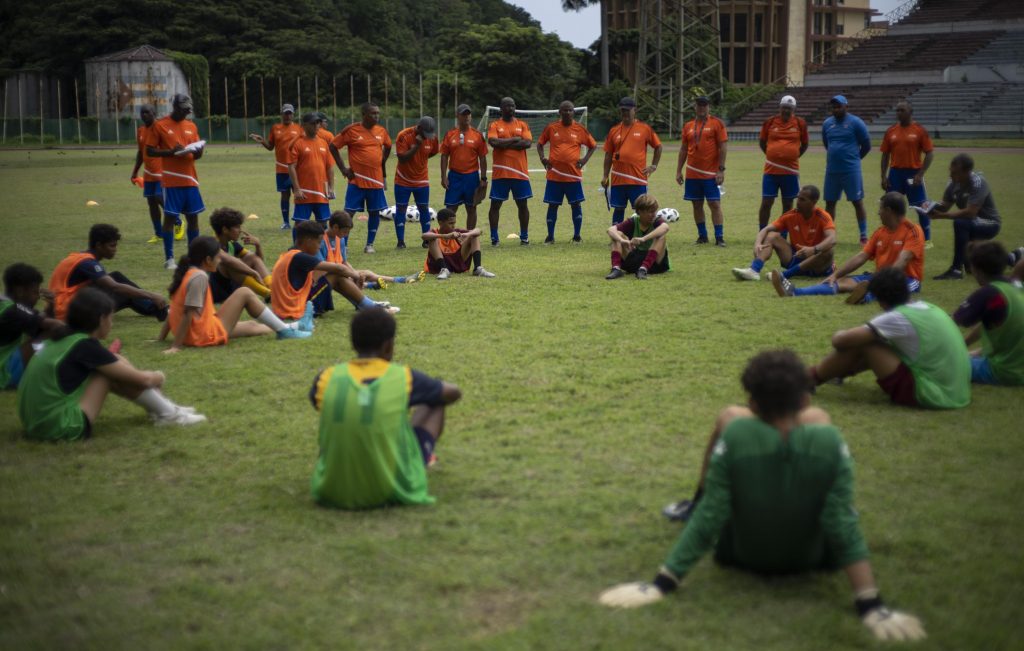 HAVANA (HPD) — Every break, Gabriela Alfonso Cabrera looked out of the corner of her eye as the boys played soccer. She loved sports and one day she perked up and told her fifth grade teacher that she wanted to play too. The teacher reminded her that she was a girl.

“I wanted to play, but at my school they didn’t let me do it because if they hit me I would cry,” said Gabriela.

Today Gabriela is 14 years old and plays with boys. Sometimes she is the only woman in matches, with boys much bigger and stronger than her. But she waited four years to be able to play with them and she is not daunted.

She is one of hundreds of players that coaches from all over the island are recruiting as part of a new program that seeks to popularize soccer on this island, which has not qualified for a World Cup since 1938, when it fell 8-0 to Sweden in the quarterfinals.

An initial group of 16 technicians recently received training from FIFA. His mission is to train a new generation of soccer players on an island passionate about baseball and boxing.

They will have to train more than 1,500 technicians in the coming months. The goal is for Cuba to qualify for a World Cup in the next decade, something that has not been achieved for almost a century.

“We hope we can achieve it,” said coach Héctor Noa Cuadro, who began playing at the age of 13 in Guantánamo after watching Argentina win the 1978 World Cup.

He added that young Cubans have physical strength, but they must acquire more skills, improve their technique, their shots and learn to make combinations of passes.

On a recent morning, Cuadro analyzed from the sidelines the performance of more than a dozen players, all men, with the exception of Alfonso, now in the eighth grade, and his twin sister, at the Pedro Marrero National Soccer Stadium.

“That’s it! Let’s go! They activate me!” several coaches shouted as the players moved around the field wearing green and orange vests.

The assignment that day was to practice offensive plays.

Reniel Bonora, who leads the U20 team, looked satisfied as he spoke of the challenges of popularizing soccer in Cuba despite the US embargo, lack of resources, and an economic crisis resulting in food shortages.

A couple of years ago, Bonora said she had founded two factories that produced cleats and balls for the women’s team she managed because she didn’t want to lose talented players to a lack of equipment.

Bonora, who had to choose between soccer and chess and opted for the former, pointed out that there is no money in Cuba for clubs to compete abroad and thus improve their level.

“Those are the things that are limiting us,” Bonora said, adding that Cubans have had to be very imaginative to produce things similar to plastic cones and other commonly used training equipment.

The precarious state of affairs has caused well-known players to defect during regional tournaments, making it difficult to build a competitive team as emerging talents leave the island, which is ranked 167th out of 211 teams in the FIFA rankings. .

Qualification for the World Cup, however, does not sound so far-fetched considering that 48 teams will compete in the 2026 edition.

Many players joined US clubs in the last two decades, including midfielders Osvaldo Alonso of Atlanta United and Maikel Chang of Real Salt Lake, both from the MLS league.

On one occasion, in January 1999, the entire Cuban national team left the island to play for Bonner SC, a club in the German fourth division, with whom they signed a six-month contract. The group included 15 players, two coaches, an interpreter, a physiotherapist and a cook.

The new coaches want Cuba to be among the top 100, although that is not so important for the boys who play soccer in a public park.

“For me, what matters is playing, not winning,” said 9-year-old Cristian Montes de Oca Peña.

More than a dozen players at his side nodded in agreement before running off to continue their match.