Skip to content
Home » Cuba: Blackouts, a reflection of the shortcomings 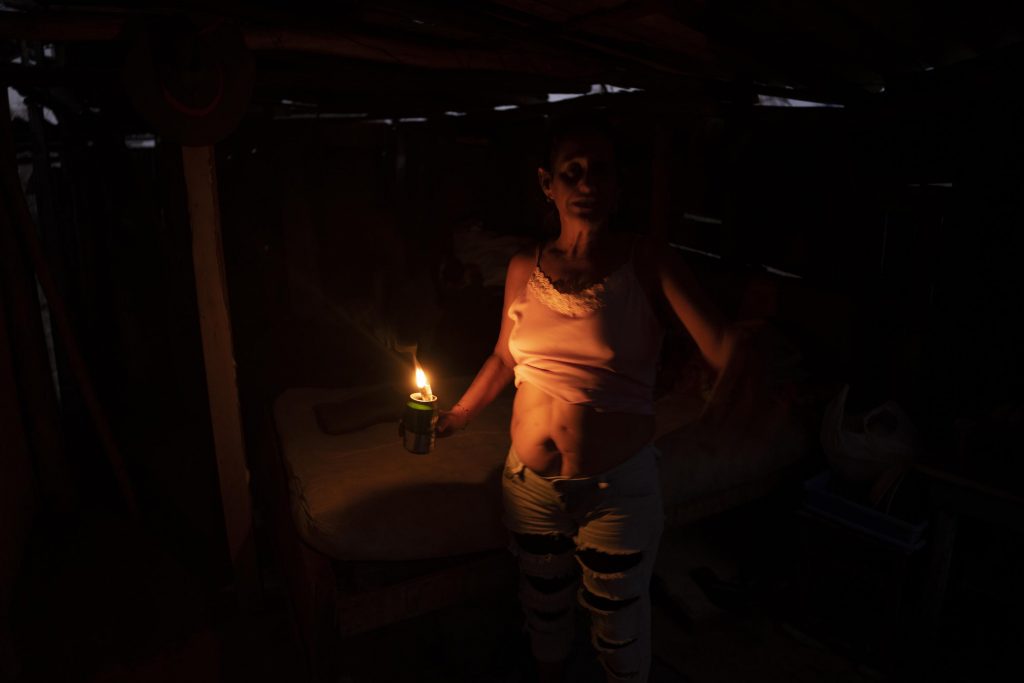 HAVANA (HPD) — In recent decades there have been ups and downs in the Cuban economy, cyclones have passed that devastated part of the island; inflation, currency changes, cuts in subsidies, shortages of basic goods and restrictions that were later partially lifted.

But none of this managed to provoke public complaints like the recent blackouts. The lack of electricity has become, in recent days —after the passage of Hurricane Ian— a catalyst for the inconvenience of many of the shortages – of food, medicine, fuel – in a country where, until last year, hardly any protests or cacerolazos.

“The sustained worsening of all indicators, including energy indicators, leads to a notable exacerbation of malaise on a scale of the entire society in whose context spontaneous social outbreaks go from being a possibility to a reality,” Domingo Amuchástegui, told The Associated Press. a former Cuban diplomat residing in the United States. “July 11 (2021) was a first example, from which people assume their right to protest like never before.”

Although the power outages and shortages were the center of the claims of thousands of people who went out to march on July 11 and 12 of last year in the first protests in more than 20 years in Cuba, these mobilizations of the first days of October focused on service interruptions while other people also demanded political changes.

“The blackouts are so frustrating for people because they have an immediate impact on daily life,” William LeoGrande, an expert on Cuba at the American University in the United States, told the HPD, noting that the heat affects mood and little food that people get is lost.

“There is also an accumulation of discomfort. Since (Miguel) Díaz-Canel assumed the presidency, Cuba has suffered a serious economic blow that people feel in their daily lives,” added Leo Grande.

The interruption of service is dramatic for Cuban families in the midst of tropical heat. Many homes cook with electricity, the appliances do not work, the water motors do not pump -so there is no supply-, it is impossible to wash or carry out almost any activity and the food that was obtained with great difficulty threatens to decompose.

The background scenario is a severe economic crisis caused by several factors, including the paralysis of the country -and especially of the key tourism sector- due to the COVID-19 pandemic and the radical increase in United States sanctions to achieve a change of political model on the island.

The consequences have been long queues to get almost any product, inflation and record emigration, among others.

In the 2021 demonstrations a man was killed and there was looting and vandalism. The number of detainees was never officially reported, but non-governmental groups estimated them at 1,400 and the Prosecutor’s Office recognized in June that there were 488 sentences; while international organizations harshly criticized the authorities for the arrests that, in their opinion, are a way of restricting citizen expression.

Then, for more than a year, no protests were reported, but the worsening of the blackouts together with the passage of Cyclone Ian -which even caused a national electricity cut-, unleashed the complaints again.

Neighbors touching saucepans and rebuking the authorities and officials of the Communist Party, the only one with legal status on the island, were common in neighborhoods of the capital, HPD found. Internet was cut while the protests were taking place and monitoring groups outside the island interpreted it as a way to prevent the demonstrations from being reported.

Both in 2021 and now some calls for political changes were heard, but on neither occasion was there a leadership in the protests.

The Prosecutor’s Office now reported that it is investigating these new disorders while the government reiterated its accusation of sectors in exile of launching campaigns on social networks to incite protests and cause chaos. For critics, however, they are a sign of the population’s weariness.

The National Energy System is particularly vulnerable in Cuba due to the obsolescence of its more than 30-year-old thermoelectric plants, the lack of fuel to feed the small production plants that also comprise it, and little-used renewable resources.

The sanctions of the United States also prevented the purchase of spare parts and drown the finances of the island that has little budget for the obligatory maintenance or the renovation of infrastructure, according to experts.

Although the majority of the population did not join the protests and some people even trust that the government will fix the situation, other citizens agreed to the possibility of demonstrating, also something unthinkable in the recent past.

“Not all of us go out, there are people who do,” Dennis Dorson, a 36-year-old courier employee, told the HPD. “People have the right to claim what is wrong.”

In many countries street protests are daily, but in Cuba for decades the revolutionary leaders and especially former President Fidel Castro, who died in November 2016, insisted that the “unity” of Cubans was the basis of resistance against attempts to United States to turn the island into its physical appendage or into a political satellite. Thus, the demonstrations were seen as a way to undermine that sovereignty.

The Cuban-American political scientist Luis Carlos Battista mentioned, for his part, the impact that social networks have on social discontent.

“The Internet has broken the information monopoly that the Cuban government enjoyed for decades” and “although the majority of Cubans on the island demand short-term solutions such as the restoration of electricity, it would be a mistake not to take it into account as politically charged demands,” he added.

Meanwhile, the authorities assured that they are working at full steam to eliminate power cuts and reverse interruptions. The task is not simple.

Cuba has electrification of 99% of its territory and 42,000 kilometers of primary transmission lines integrated into a national energy system. 61% of its consumption is residential and 34% is state and 3% private non-residential.

The maximum demand in 2022 in one day was 3,188 megawatts, but on some days in July electricity generation only reached 47%, which explains the magnitude of the blackouts.

The authorities said that they will bet on recovering power in their eight thermoelectric plants, giving new life to small fuel plants distributed throughout the country and increasing the installation of solar panels, while contracting one or two mobile generation plants to Turkey that will be will be added to the six existing ones that should arrive before December.

December was precisely the month that President Díaz-Canel publicly set himself as a goal to reverse the energy situation.