Skip to content
Home » Cuba: 10 days later Ian continues to strike and adds to the crisis 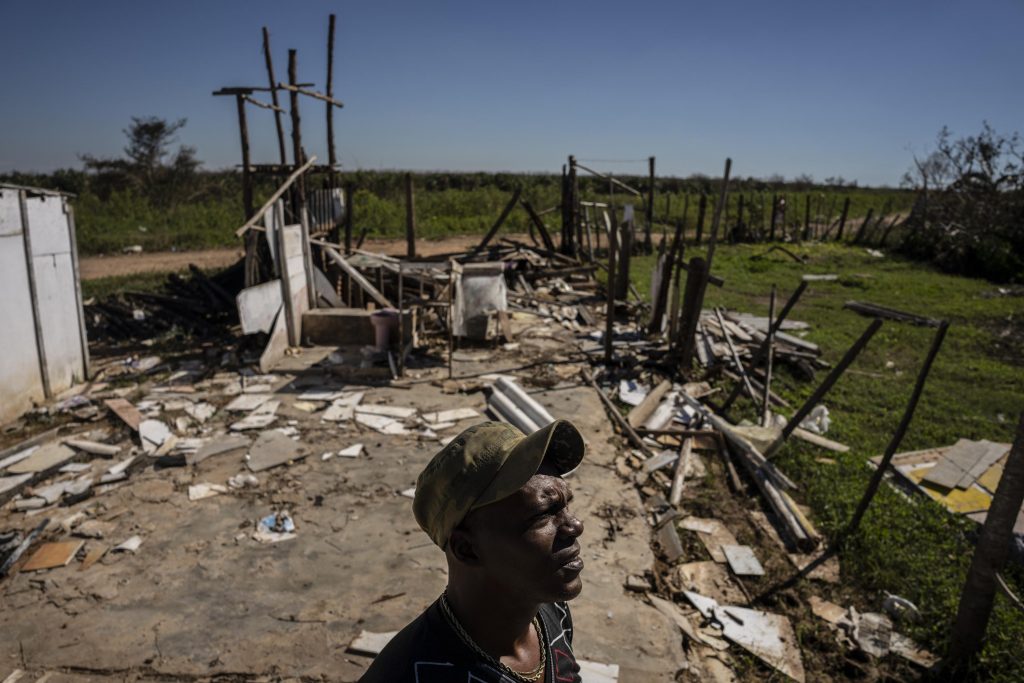 LA COLOMA, Cuba (HPD) — The sun is high, there are no clouds and the heat is scorching. In La Coloma, a fishing and industrial town in western Cuba, there is an unusual hustle and bustle: young soldiers repair roofs and raise electric poles, teachers rescue school sheets, residents dry mattresses, cook over campfires and stand in long lines to get water.

Nearby, in the town of San Luis, Hiroshi Robaina, one of the main producers of the best tobacco in the world, thinks that this year he will have to plant beans while looking at his shattered dryers and seedbeds.

A week after the passage of Hurricane Ian, in the province of Pinar del Río everything is still wet and the millionaire losses in property, which have not yet been officially quantified, are added to a general shortage and an energy crisis that have lasted for years and that were the causes of the unusual demonstrations of July 2021.

In addition to three deaths, the cyclone caused the collapse of the national energy system, which left the entire island in the dark and again sparked protests in Havana.

“The ceiling (was affected), the mattress got wet. We had to take the poor little animals out under the cyclone,” Yaneysi Polier, a 38-year-old housewife, told The Associated Press as she stirred a cauldron resting on embers on the floor of her patio in La Coloma and fried it in lard. “The cold (the fridge) was found at the neighbor’s house, muddy. We put together something to be able to sleep. The water was up to our chests.”

The cuts of pressed meat that Polier cooked are part of a package with oil, cans of sardines, noodles, hash, eggs and potatoes that the authorities delivered to the residents.

Since the passage of Ian, electricity has not returned to La Coloma, a town of 7,000 inhabitants located about 200 kilometers southwest of Havana, and in the entire province of Pinar del Río only 15% of users had power this week. .

The town is also the headquarters of the state-owned Industrial Fishing Combine that captures 40% of Cuba’s lobster -most of which is destined for export- and processes high-value species such as bonito or snapper. In addition to the destruction of the production warehouses, the authorities indicated that there are some 12 vessels affected, some of them sunk.

Polier’s neighbor, Maribel Rodríguez, 59, settled in an emergency shelter opened in a primary school with her son, her daughter-in-law about to give birth and two other children of her from a previous marriage.

“This cyclone passed and it took everything from me,” Rodríguez told the HPD. “My house was not good, but it had many things of value – a refrigerator, a television, living room furniture, beds and kitchenware – and I had earned those with my sacrifice. It is a very painful thing,” he lamented.

Both Rodríguez and his son work in the fishing complex and in 2002 the passage of Cyclone Lili had left them homeless, so since then they have lived in another provisional shelter -now destroyed- since they never received the state aid that they had been promised. to rebuild your house.

“Does it concern me? Sure,” the woman replied when asked about the implications of the industry shutting down in the middle of the lobster catching season. “Here the only thing that is worked on is the team and I have been there for many years”.

With winds of more than 200 kilometers per hour, Ian crossed the island from south to north on Tuesday, September 27, making landfall at La Coloma and affecting Pinar del Río but also the provinces of Artemisa, Mayabeque and Havana. More than 30,000 people were evacuated.

Pinar del Río -where La Coloma and San Luis are located- contributes 80% of the tobacco produced by Cuba.

“I very much doubt that there can be tobacco production this year because there is no infrastructure. The nurseries had monstrous effects, there are no tobacco houses to cure. The cameras are totally destroyed,” Robaina told the HPD. “A miracle has to happen.”

Robaina and at least a hundred peasants suffered total losses, which is why he demands that the government subsidize the reconstruction in order to start planting tobacco, which should start in November.

“Tobacco, although it is not something that will save the Cuban economy, is an item in exports,” said Ricardo Torres, a Cuban economist and researcher at the Center for Latin American Studies at American University in Washington. “In Cuba, with what little there is, what is lost is very bad news.”

Cuba’s Gross Domestic Product fell 11% in 2020 and rose just 2% in 2021. Tourism and the main exportable items never recovered from the paralysis caused by the COVID-19 pandemic and the sanctions of the United States were tightened affecting the sending of remittances, fuel purchases and including fines for companies that operate with the island.

In the midst of the crisis, migration also skyrocketed. The United States Border Patrol reported that it had had 190,000 encounters with Cuban citizens on the line with Mexico between October 2021 and September of this year. Thousands were repatriated trying to reach the Florida Straits.

In Pinar del Río, 63,000 homes were affected by the passage of Ian, thousands with total collapses. The collapse of the energy system left the entire country in the dark for 10 hours and the Ministry of Agriculture estimated that 8,583 hectares of crops have been damaged in the three provinces, especially bananas, cassava, sweet potatoes, corn, rice and tomatoes.

The loss of homes adds to a housing deficit of some 800,000 households due to population growth and damage from other cyclones.

“This is a country that at this time does not have the resources” to allocate funds to rebuild electricity distribution lines and infrastructure, housing and address the damage to food production, Torres said.