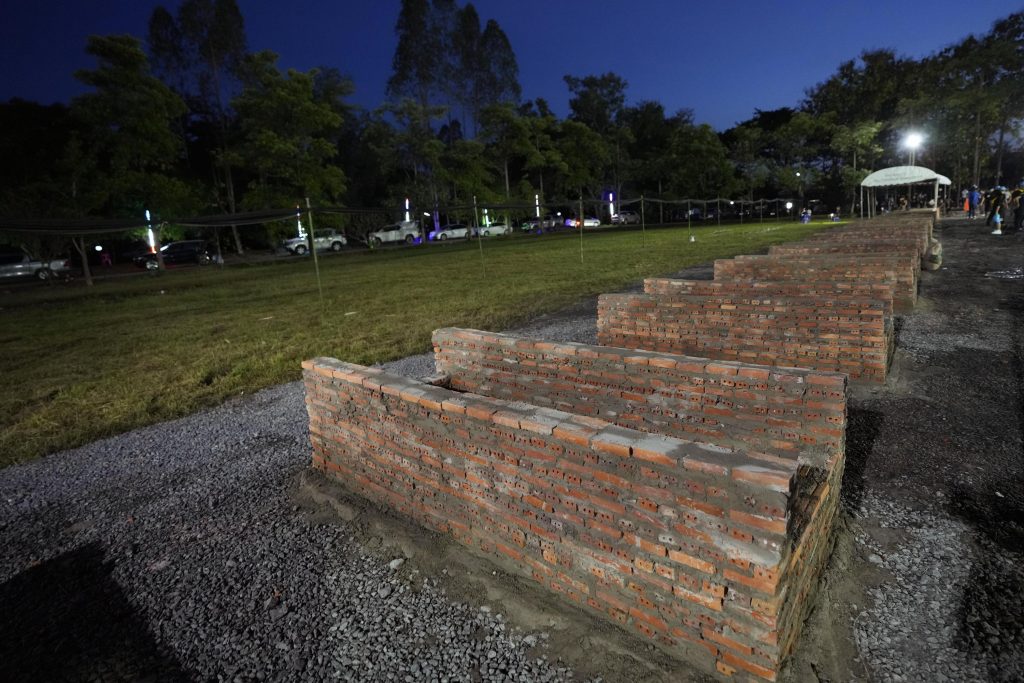 UTHAI SAWAN, Thailand (HPD) — Makeshift kilns made of clay bricks were being built Monday on the grounds of Buddhist temples in a town in northeastern Thailand to cremate the bodies of victims, mostly children, of the massacre committed by a former police officer last week in a daycare center.

Last Thursday’s brutal gun and knife attack at the Child Development Center in Uthai Sawan left 36 dead, including 24 young children. It was the largest massacre perpetrated by an individual in the country’s history.

Phra Kru Adisal Kijjanuwat, abbot of the Rat Samakee temple, about 3 kilometers (2 miles) from the site of the massacre, said 19 victims will be cremated in a group ceremony on Tuesday, ending a three-day mourning period for the victims. families.

He explained that the corpses would be cremated at the same time in open-air pyres fueled with charcoal to avoid families having to wait long hours for the successive ceremonies to be completed.

“We only have one oven in the temple and we couldn’t cremate all the victims at the same time, and I don’t want any family to have to wait for a long cremation process,” Adisal said. “After seeing their pain, I thought it would be better if we can hold the ceremony at the same time and all the family members can go through this final stage of this painful event together.”

The monk said temporary ovens were also being set up at two other nearby temples for the remaining victims. He added that five families have chosen to hold their funeral services separately.

Police identified the perpetrator of the massacre as Panya Kamrap, 34, a police sergeant fired this year after being charged with a drug offence.