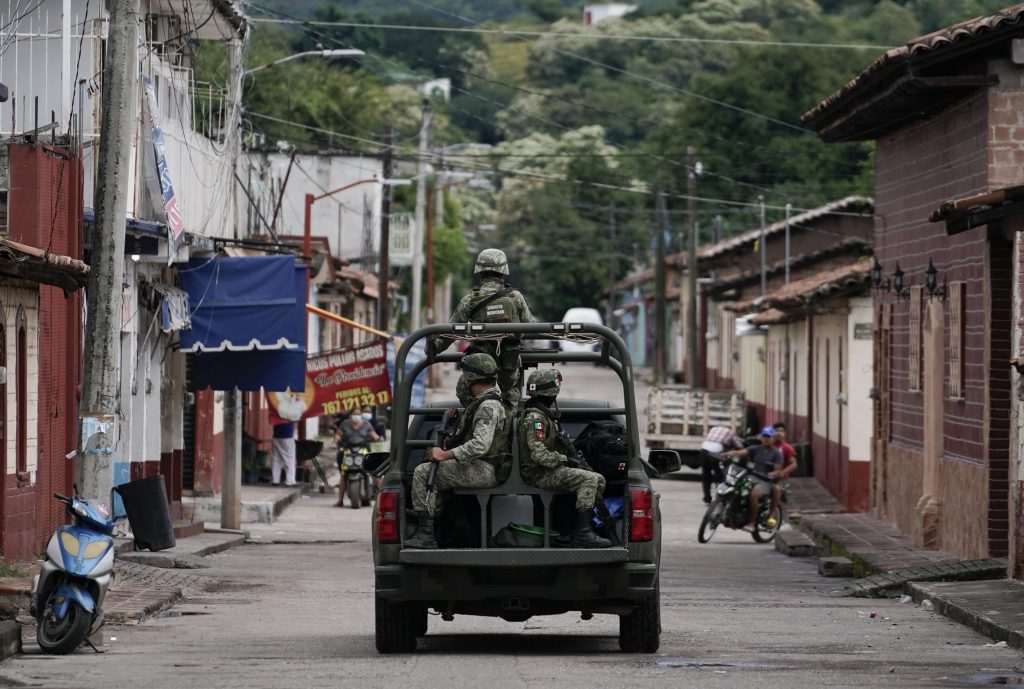 MEXICO CITY (HPD) — The Mexican Congress has finally endorsed the extension until 2028 of the presence of the armed forces in the streets to carry out public security tasks, despite criticism from humanitarian organizations and opponents who consider that the initiative will deepen the militarization of the country and represents a setback in terms of human rights.

Previously approved by the Senate, the majority of the Chamber of Deputies voted in favor of the constitutional reform that extends the participation of the armed forces in public security tasks from 5 to 9 years, a thorny issue in a country where soldiers and sailors began to police and fight organized crime since 2006 amid calls that it be done only temporarily.

During the 17 years that the armed forces have carried out public security tasks, they have been involved in numerous cases of human rights violations, which has led different agencies of the United Nations and humanitarian organizations to urge the Mexican government to return to the military. to the barracks.

President Andrés Manuel López Obrador himself, before coming to power, was a critic of the military presence in the streets and promised that if he won the presidency he would return them to their barracks. That did not happen and, on the contrary, the president has entrusted the armed forces with several projects not related to his military work, such as building a new airport and a tourist train.

As it is a constitutional reform, now it must be endorsed by more than half of the state Congresses before being promulgated by the Executive.

Without surprises and after a marathon debate that lasted for eight hours, the lower house approved the reform at midnight on Wednesday, with 339 votes in favor, 115 against and two abstentions.

The majority of the ruling National Regeneration Movement (Morena) achieved, with the support of its allies and several opposition deputies, the necessary votes to modify a transitory article of the Constitution, in force since 2019, which established that the military should remain outside from the barracks until 2024.

As part of the reform, it was agreed to create a permanent fund, which will be activated as of next year, to strengthen the state and municipal police, and it was established that the Executive must present a semi-annual report to Congress on the performance of the military. in public security work.

The reform initiative was promoted by López Obrador who, after years of defending that the military should return to the barracks, changed his position, alleging that the armed forces were required to continue with public security tasks to confront the criminal organizations that keep them whipped. for various regions of Mexico.

López Obrador denied on Thursday that the initiative represents an advance in the militarization of Mexico, as humanitarian organizations and opponents maintain, and praised the financial support that will be given to state and municipal police, which according to some analysts have been weakened in recent years. in particular during the current government that began in 2018.

Many local police forces operate in precarious conditions and without adequate equipment, which has left them at the mercy of powerful criminal organizations. According to figures from the local organization Common Cause — which investigates and promotes public security policies — at least 328 police officers have been murdered in Mexico so far this year.

In this regard, Magda Ramírez, a researcher with the civil organization México Evalúa, stated that many police officers in the south and southeast of the country do not even have a uniform and must wear white shirts and boots that they buy on their own. “There are no resources…, not even for the bare minimum such as vests,” she added.

During López Obrador’s six-year term, he has given the military an increasing number of tasks, including the construction of emblematic works such as the new airport in the Mexican capital and a train in the south of the country, the management of customs and airports , and even the distribution of vaccines

Amnesty International Mexico and the Security, Justice and Human Rights Committee of the university in the western city of Guadalajara expressed concern on Thursday about the extension of the stay of the military outside the barracks, and stated that the measure represents a setback in terms of of human rights and does not solve the problem of insecurity in the country.

Despite the extensive deployment of the National Guard, which last month came under the control of the Army, and other military forces in different states of the country, insecurity in Mexico has not been reduced.