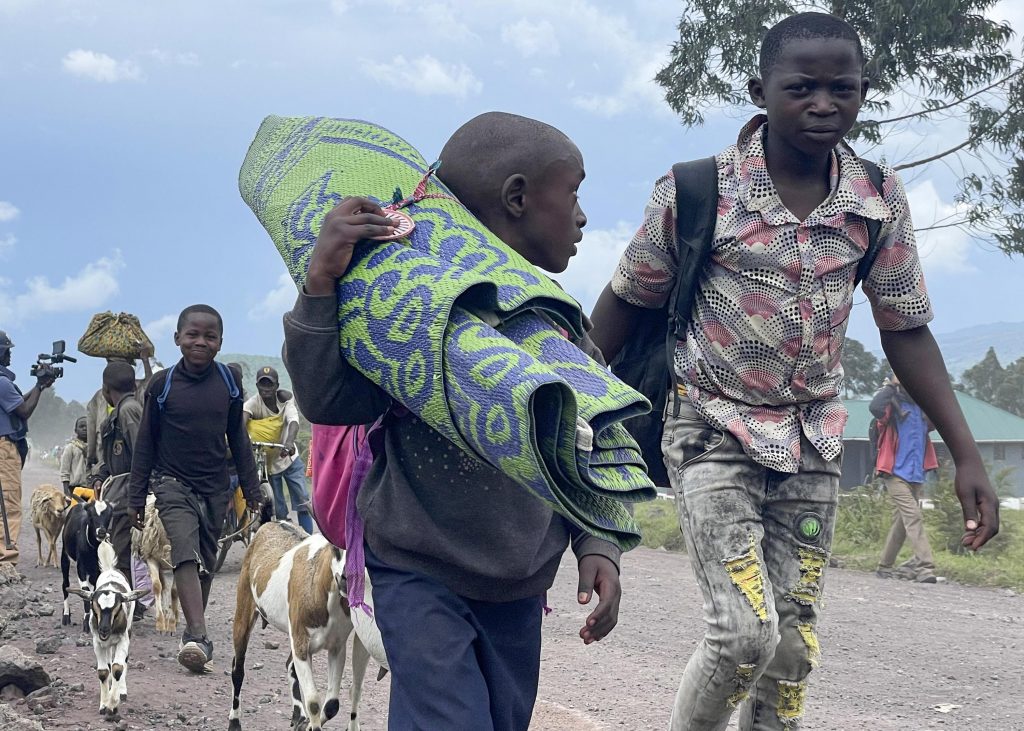 GOMA, Congo (HPD) — Rebels took control of two major towns in eastern Congo and doubled the territory under their control after heavy fighting with the Congolese army on Saturday, authorities said.

The Congolese government later ordered Rwandan ambassador Vincent Karega to leave the country within 48 hours, in response to M23 rebels seizing Kiwanja and Rutshuru near their shared border.

Congo has repeatedly accused Rwanda of supporting the insurgency, but Rwanda has rejected such claims. The decision by Congo’s high defense council to expel Karega is expected to further heighten tensions between the two countries, whose relations have been rocky for decades.

For its part, the United Nations peacekeeping mission, known as MONUSCO, said that four of its troops were wounded on Saturday in Kiwanja and warned of a “strong response” in the event of “another aggression against its bases.”

Heavy fighting broke out Saturday morning between the Congolese army and M23 rebels in Kiwanja, 70 kilometers (43 miles) from the regional capital, Goma.

“At the moment, we confirm that the M23 rebels and their allies control the town of Kiwanja, but the armed forces of the Democratic Republic of the Congo are not giving up,” Banyene told reporters in Goma.

Neither the Congolese authorities nor the military forces have so far confirmed the alleged seizure of the two towns.

However, the UN peacekeeping mission issued a statement in which it “strongly condemned the hostile actions of the M23 and its serious consequences for the civilian population.”

MONUSCO “warns that it is ready to retaliate strongly in the event of further aggression against its bases,” reads the statement, detailing that two elements of the wounded blue helmets had been hit by mortar fire.

The M23 came into the spotlight more than a decade ago when its fighters seized Goma, the largest city in eastern Congo, which is on the border with Rwanda. After a peace agreement, many of the M23 fighters were integrated into the national army.

The group then resurfaced last November, arguing that the government had failed to keep its promises of a decade. By June, they had seized the strategic town of Bunagana, near the Ugandan border.

Around 200,000 people were displaced last year even before the latest wave of violence, now blamed for forcing at least 40,000 people to flee in just one week.

The M23 has been a contentious presence in Congolese-Rwandan relations: Many of the M23 fighters are ethnic Congolese Tutsi and the president of Rwanda is of Rwandan Tutsi descent.