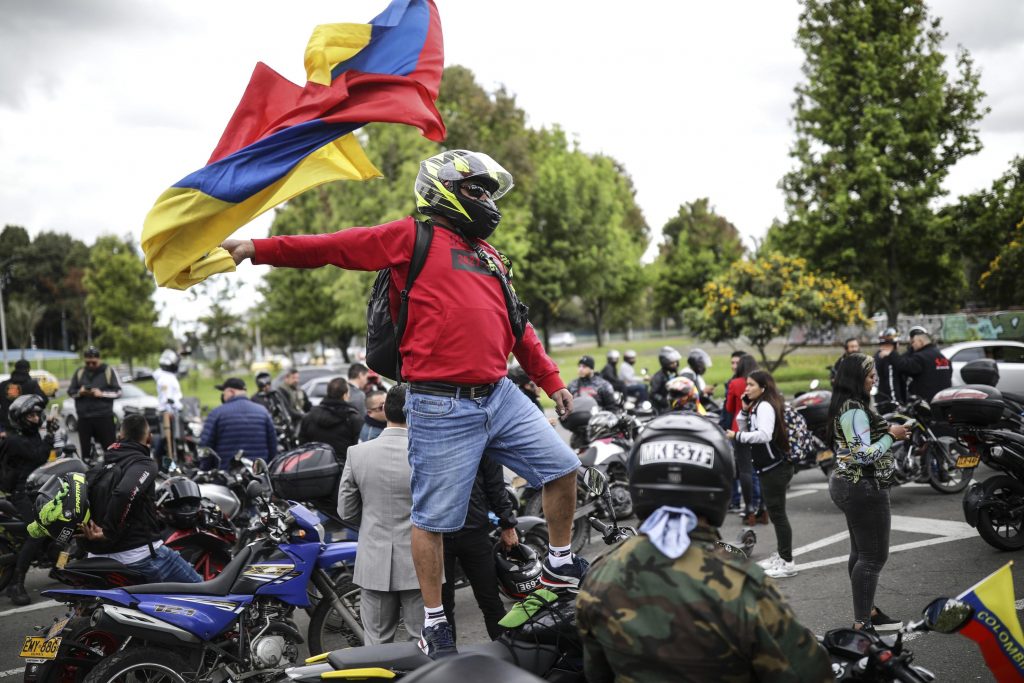 BOGOTÁ (HPD) — More than a thousand motorcyclists protested on Wednesday in the Colombian capital demanding that Gustavo Petro’s government be heard and supported as a union, alleging that they are suffering the blows of the increase in gasoline and accident insurance prices.

Miguel Forero, president of the SOS Moto Cultura foundation, assures that as an organized union they ask to be heard as they did with the truckers and taxi drivers, with whom the government met in recent weeks and agreed improvements for their work.

The Minister of Transportation, Guillermo Reyes, set up a work table with the union on Wednesday to review issues of mobility, security and their proposals.

Forero told The Associated Press that one of the key issues to be discussed is the sale of the Mandatory Traffic Accident Insurance (SOAT), which covers medical expenses in case of accidents.

“We are asking them to sell us the SOAT and not to raise the price,” he explained.

At the meeting, the minister promised to review the prices of accident insurance “so that it is a way to compensate for the increase in the price of gasoline.”

In Colombia there are more than 10 million motorcycles circulating, according to official data.

They also have complaints regarding the functioning of the traffic police because they consider that they immobilize their motorcycles, sometimes without a just reason.

“There can be no outrages by anyone… neither by the police, nor by the traffic authorities,” said the Minister of Transportation, adding that they will review the reasons why motorcycles can be immobilized for failing to comply with traffic regulations.

Both motorcyclists and other transport unions are affected by the price of gasoline, which is gradually increasing in the country by government order to contain the fiscal impact caused by the dynamics of international prices of refined products.

Lastly, they want to talk to the government about legalizing digital platforms that connect motorcyclists with users to get around. This is a bid between sectors, taxi drivers have asked that the platforms be blocked as they are considered an illegal service.

Forero, one of the organizers of the protest, said that if they are not heard they could call a national march.