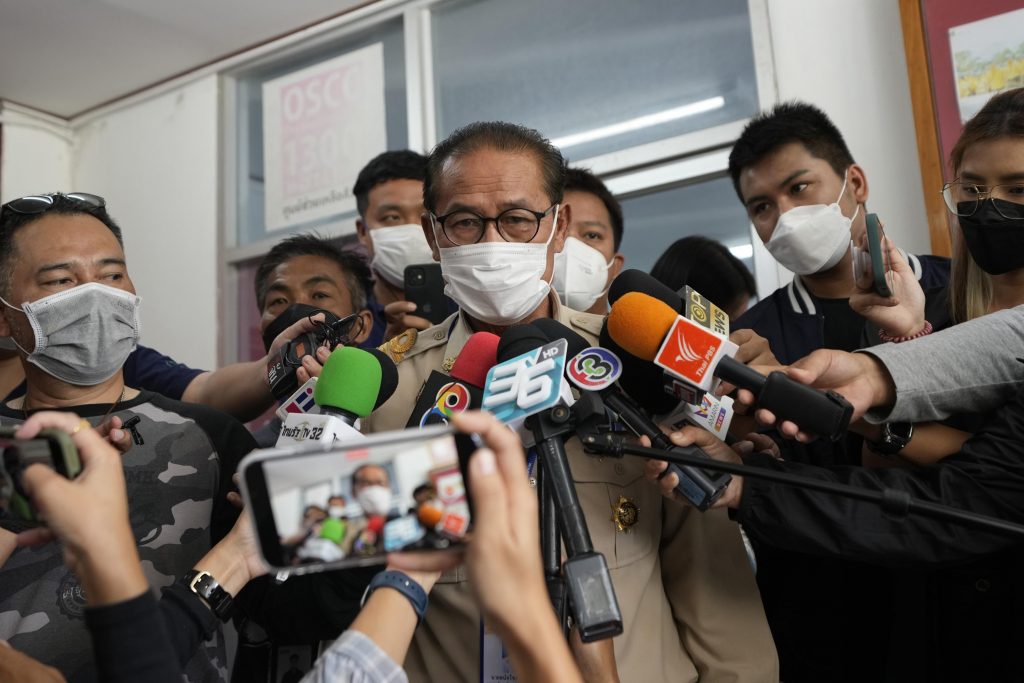 UTHAI SAWAN, Thailand (HPD) — CNN withdrew a report on the massacre of children at a Thai day care center and apologized Sunday in the face of criticism that its reporters entered the site where the children were killed and filmed the crime scene without permission.

The two CNN journalists involved were fined after authorities discovered they were working in the country on a tourist visa, but were acquitted of the offenses committed for entering the daycare center where more than 20 children were killed, the deputy chief of police said. national police, Surachate Hakparn.

In a statement, he said his reporters asked for permission to enter the building, but the team “now understands that these officials were not authorized to grant this permission,” adding that “it was never their intention to violate any regulations.”

“We deeply regret any distress or offense our report may have caused, and for any inconvenience to law enforcement at such a distressing time for the country,” he said in the statement tweeted by CNN.

He said that CNN had stopped airing the report and had removed the video from its website.

Authorities began investigating the incident after a Thai reporter posted an image on social media of two team members leaving the scene in northeastern Thailand, where they were reporting on Thursday’s attack on a fired police officer who , according to the authorities, massacred 36 people, 24 of them children. One member of the CNN crew was seen climbing the low wall and fence surrounding the compound, over the police tape, and the other was already outside.

This drew criticism from the Foreign Correspondents Club of Thailand (FCCT), which said it was “dismayed” by CNN’s coverage and the decision to film the crime scene.

“It was unprofessional and a serious violation of journalistic ethics in reporting on crimes,” the FCCT said.

The Thai Journalists Association criticized CNN’s action as “unethical” and “insensitive”, and called for an internal company investigation into the incident, in addition to the official Thai investigation.

In an initial response, CNN tweeted that the crew had entered the facility as the police cordon had been cleared from the center, and that three public health officials leaving the building told them they could film inside.

“The team collected images inside the center for about 15 minutes and then left,” CNN said in its tweet. “During this time, the cordon had been put back in place, so the team had to scale the center fence to get out.”

As the worst massacre of its kind in Thailand, the attack brought international media attention to the small town of Uthai Sawan in the country’s rural northeast. Few remained on Sunday, but a large number of Thai media outlets were still reporting from the scene.