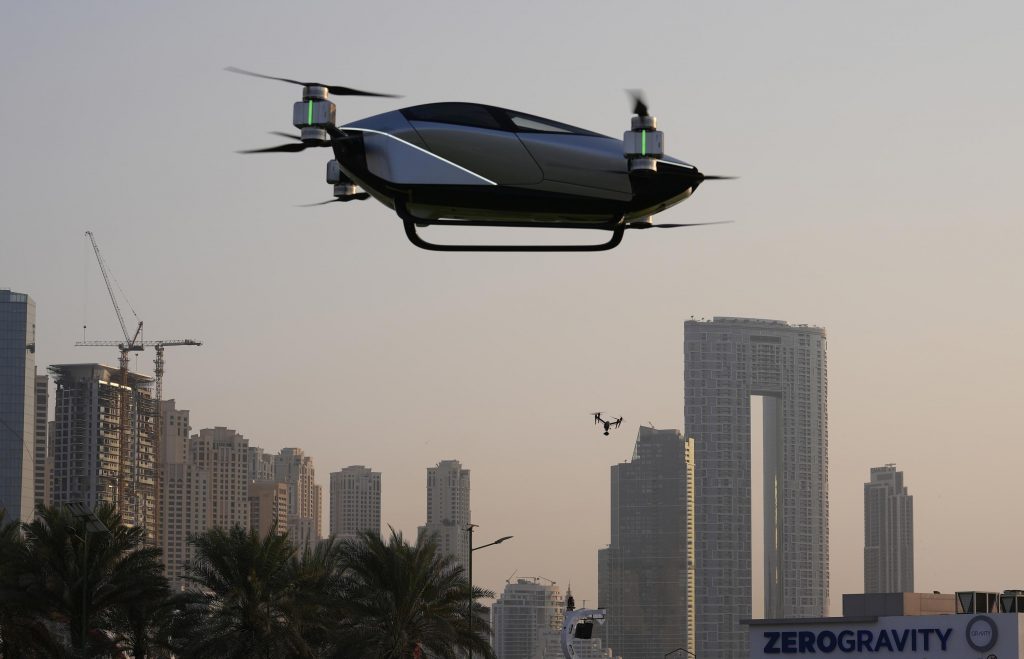 DUBAI, United Arab Emirates (HPD) — A Chinese company tested an electric flying taxi in Dubai on Monday, offering a glimpse of futuristic technology that could one day whisk riders through cities above traffic.

The XPeng X2, developed by Guangzhou-based XPeng Inc’s aviation subsidiary, is one of dozens of flying car projects around the world. Only a few have been successfully tested with passengers on board, and it will likely be many years before any are put into service.

Monday’s demonstration was done with an empty cockpit, but the company says it conducted a manned flight test in July 2021.

The aerodynamically designed vehicle can carry two passengers and is propelled by eight propellers. The company said it has a top speed of 130 kilometers (80 miles) per hour.

Driverless vehicles could one day transport passengers through the city over congested highways. But the sector still faces big challenges, including battery life, air traffic control and security, and infrastructure issues.