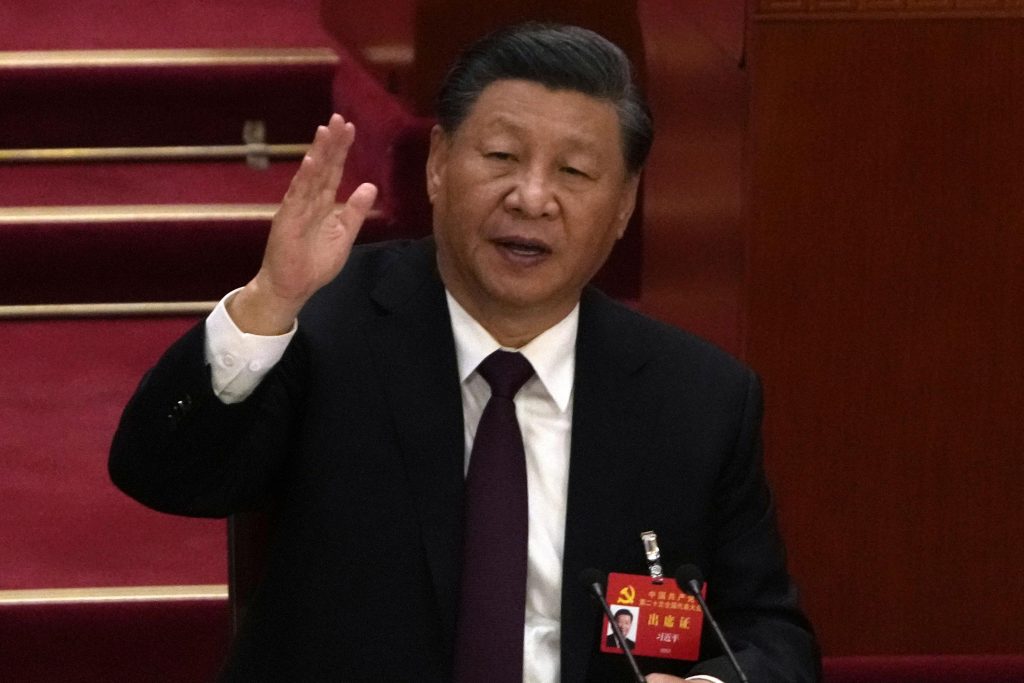 BEIJING (HPD) — President Xi Jinping, China’s most powerful leader in decades, strengthened his position of dominance as he received another term as head of the country’s ruling Communist Party. The appointment broke with tradition and was accompanied by promotions to allies who support his vision of tighter control over society and the economy.

Xi, who came to power in 2012, was given a third five-year term as general secretary, contrary to custom according to which his predecessor stepped down after 10 years. Some expected the 69-year-old president to remain in office until his death.

Xi’s predecessor, Hu Jintao, 79, abruptly left a meeting of the party’s Central Committee on Saturday with an employee holding his arm. That prompted questions about whether Xi was making a show of power by ousting other party leaders. The official Xinhua news agency later reported that Hu was in poor health and needed to rest.

The party also appointed a seven-member Standing Committee led by Xi, his inner circle of power and dominated by allies of the party leader, after Li Keqiang, deputy to the president and advocate of market economy and business reforms. private, was dismissed on Saturday. Li is one year younger than the party’s customary retirement age of 68.

Xi and the other members of the Standing Committee first appeared as a group before reporters on Sunday at the Great Hall of the People, home to China’s ceremonial legislature in central Beijing.

The president announced that Li Qiang, a former party secretary in Shanghai with no relation to Li Keqiang, would be number two in the government, while Zhao Leji, a member of the previous committee, was promoted to number 3. Since the 1990s, the number two of the committee has become prime minister, while the third in hierarchy presides over the legislature. Those seats will be assigned when the legislature meets next year.

The leadership changes were announced at the end of a party congress held every five years. There was anticipation as to whether the event would hint at initiatives to stem an economic slowdown or changes to the strict “zero COVID” policy, which has shut down entire cities and disrupted business activity. Officials disappointed investors and the Chinese population by not announcing changes in this regard.

The appointments seemed to reflect a policy of rewarding loyalty over ability. Some new members of the Standing Committee do not have national government experience, something that is normally considered a requirement for the position.

Li Qiang’s rise was especially unusual in that it positioned him as a possible prime minister despite his lack of experience as a government minister or deputy prime minister. However, he is considered close to Xi because the two worked together early in their careers in Zhejiang province in the early 2000s.

Li Keqiang, for his part, was the chief economic officer, but had been sidelined in the last decade by Xi, who took control of legislative bodies and wanted to increase the role of the state in business and technological development.

Li Keqiang was excluded on Saturday from the list of the new 205 members of the party’s Central Committee, from which the Standing Committee is selected. He is expected to step down as premier next year.