Skip to content
Home » China: Xi calls for military expansion amid tensions with US 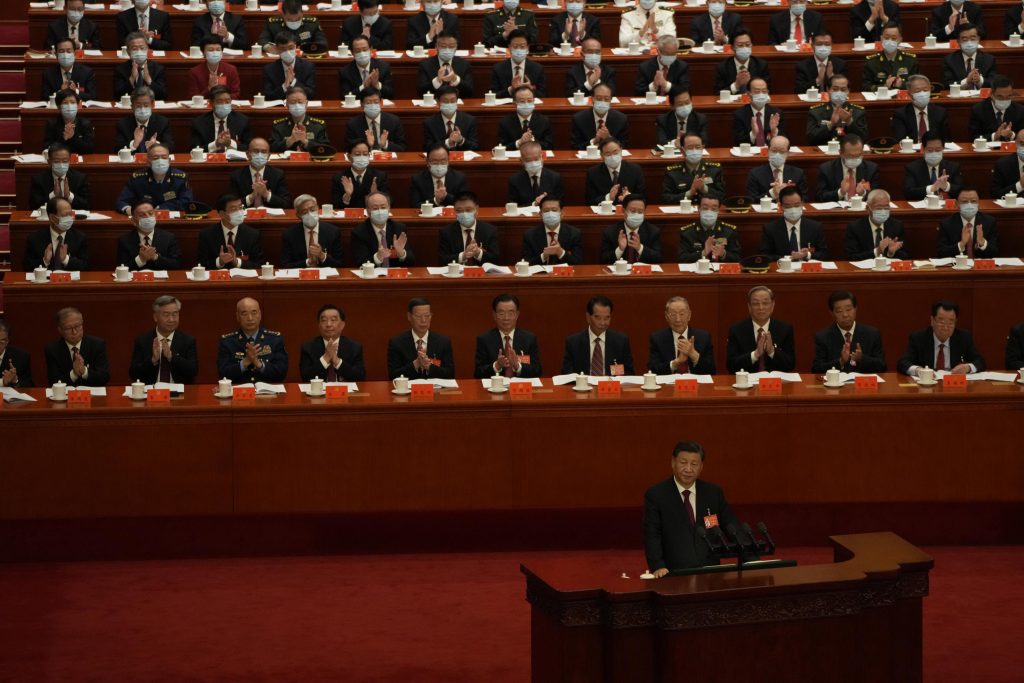 The most influential Chinese politician in decades delivered a speech at the opening of a party congress closely watched by businesses, governments and the Chinese population, who were seeking clues about the country’s political and economic direction. The meeting was held in the midst of a painful economic crisis and tensions with Washington and Asian neighbors over trade, technology and security.

The congress will appoint the country’s leaders for the next five years. Xi, 69, is expected to break with tradition and give himself a third five-year term as party general secretary, reaffirming his strategy of imposing his dominance on the economy, society and culture after four decades of rule. market liberalization.

In an hour and 45-minute televised address to some 2,000 delegates in the huge Great Hall of the People, Xi called for speeding up military and technological development to boost the country’s “rejuvenation.”

The party’s military branch, the People’s Liberation Army, must “safeguard China’s dignity and interests,” Xi said, alluding to a series of territorial claims and other issues on which Beijing says it is willing to go to court. war. It is the second largest army in the world, behind the US, and is trying to expand its range with the development of ballistic missiles.

“We will work faster to modernize military theory, personnel and weapons,” Xi said in the speech, punctuated by brief moments of applause from delegates wearing face masks. “We will improve the strategic capacity of the army.”

Xi hailed his government’s rigid “zero COVID” strategy, which has shut down major cities and disrupted travel and business, as a success. He did not point to possible changes, despite public frustration with its rising cost.

The Congress will appoint a Standing Committee of the party, the inner circle of power. Finance officials were not expected to be named until China’s legislature, a ceremonial body, convenes next year. But the new committee, to be announced after the end of the congress on Saturday, will be a clue as to who has the best chance of succeeding Li Keqiang as chief financial officer.

Xi is expected to nurture allies who share his ambition for state-led development. Analysts were waiting to learn whether the crisis that has dropped economic growth to less than half the official target of 5.5% could force him to make concessions and promote supporters of reforms more open to markets and entrepreneurs who generate wealth and jobs.

Xi did not mention on Sunday whether he would seek a third term as leader or when he might step down.

During its decade in power, the Xi government has advocated an increasingly assertive foreign policy and tightened its control over information and dissent at home.

Beijing is in dispute with Japan, India and several Southeast Asian governments over claims to the South China and East China seas, as well as an area of ​​the Himalayas. The United States, Japan, Australia, and India formed a strategic group called the Quad in response.

The Communist Party has also increased its stranglehold on state industry and invested in strategic initiatives to boost Chinese creators of aerospace technology, renewable energy, electric cars and processors, among other fields.

His tactics have sparked complaints that Beijing inappropriately protects and subsidizes its fledgling innovators, and prompted then-US President Donald Trump to raise tariffs on Chinese imports in 2019, triggering a trade war that rocked the global economy.

Trump’s successor, Joe Biden, has maintained those tariffs and this month increased restrictions on Chinese access to US processor technology.