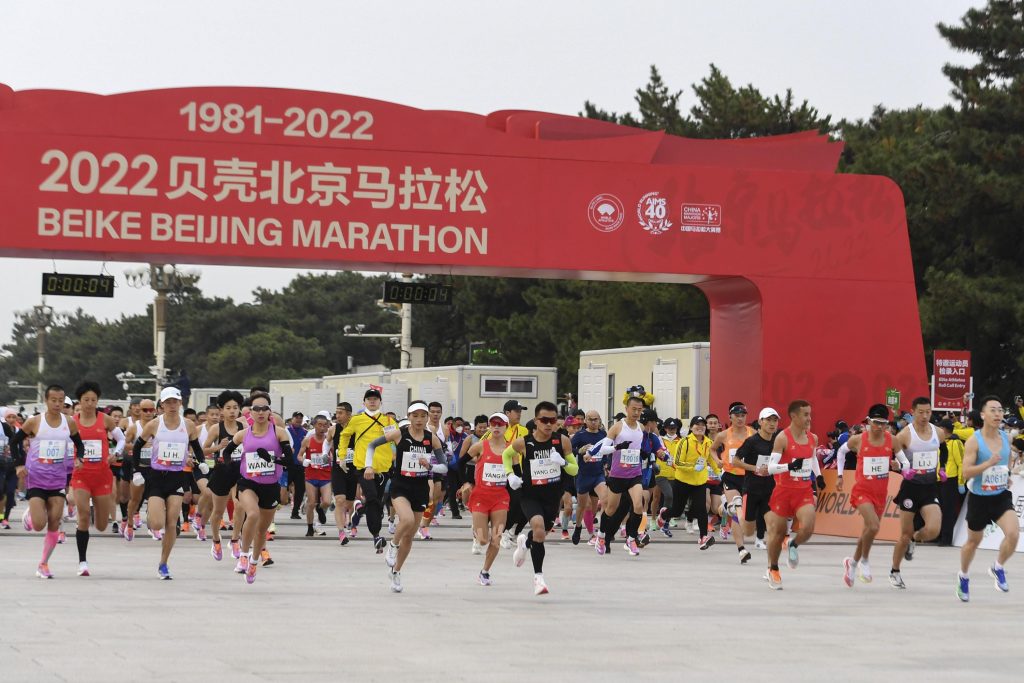 BEIJING (HPD) — China’s capital resumed its marathon Sunday for the first time since the pandemic, though another death blamed on harsh controls imposed by COVID-19 sparked further public outrage.

Authorities are trying to bring a sense of normalcy back to the country while imposing a “zero COVID” policy in which entire neighborhoods are put on lockdown if a case is detected, and those coming from abroad must quarantine in hotels for between seven and 10 days.

Public frustration as the rest of the world reopens has been fueled by a series of tragic incidents, some when people with emergencies unrelated to COVID-19 have been denied care.

An official investigation released Sunday in Hohhot, the capital of the Inner Mongolia region, blamed building management and community staff for not acting quickly enough despite reports that a 55-year-old woman in a building under confinement orders, he was suicidal.

The woman fell from her apartment on the 12th floor on Friday night, according to a report published by the Inner Mongolia Daily on social media.

Collective discontent over the death, and her adult daughter’s desperate attempts to call for help and get out of the building, prompted the investigation. The building was closed after two cases of COVID-19 were detected there about 10 days ago.