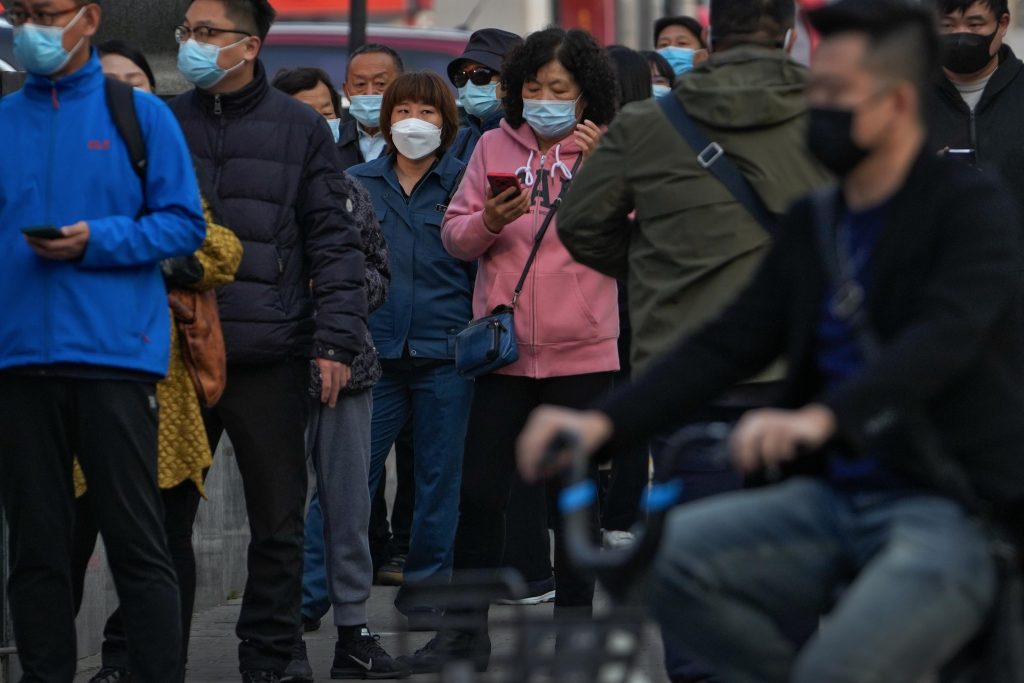 BEIJING (HPD) — The Chinese city of Shanghai began administering an inhalable vaccine against COVID-19 on Wednesday that appears to be the first of its kind in the world.

The drug, a spray that is inhaled through the mouth, is offered free as a booster dose for people who are already vaccinated, according to an announcement posted on an official city social media account.

Needle-free vaccines could persuade people who are averse to injections, as well as help expand vaccination in poor countries because they are easier to administer.

In China, there is no mandatory vaccination, but the government wants more people to have booster doses before relaxing the strict against the pandemic that slows the economy and is increasingly out of sync with the rest of the world.

A video released by Chinese state media showed several people at a community health center putting the spout of a translucent white cup into their mouths. The accompanying text said that, after inhaling slowly, the person had to hold their breath for five seconds, and the entire process was completed in 20 seconds.

“It was like drinking a cup of tea with milk,” a Shanghai resident said in the video. “When I breathed it in, it tasted a bit sweet.”

An oral vaccine could stop the virus before it reaches the rest of the respiratory system, although that would depend in part on the size of the particles in suspension, one expert said.

The larger particles would train defenses in parts of the mouth and throat, while the smaller ones would go deeper into the body, said Dr. Vineeta Bal, an immunologist in India.

Chinese regulators approved the vaccine for use as a booster in September. It was developed by the Chinese biopharmaceutical company Cansino Biologics Inc. as an aerosol version of the same company’s single-dose adenovirus vaccine, which uses a relatively harmless virus.

Regulators in India have approved a nasal vaccine, another needle-free method, but it has yet to be launched. The drug, developed in the United States and licensed to Indian manufacturer Bharat Biotech, is administered through the nose.

About a dozen nasal vaccines are being tested around the world, according to the World Health Organization.

Aniruddha Ghosal in New Delhi and Olivia Zhang in Beijing contributed to this report.